Apple unveiled new iPhones, Apple Watches and iPads at an online event on Tuesday evening. The iPhones are similar to their predecessors, but have faster screen refresh rates and new camera lenses. The Watch Series 7 has a larger screen thanks to thinner bezels. The same goes for the iPad mini. 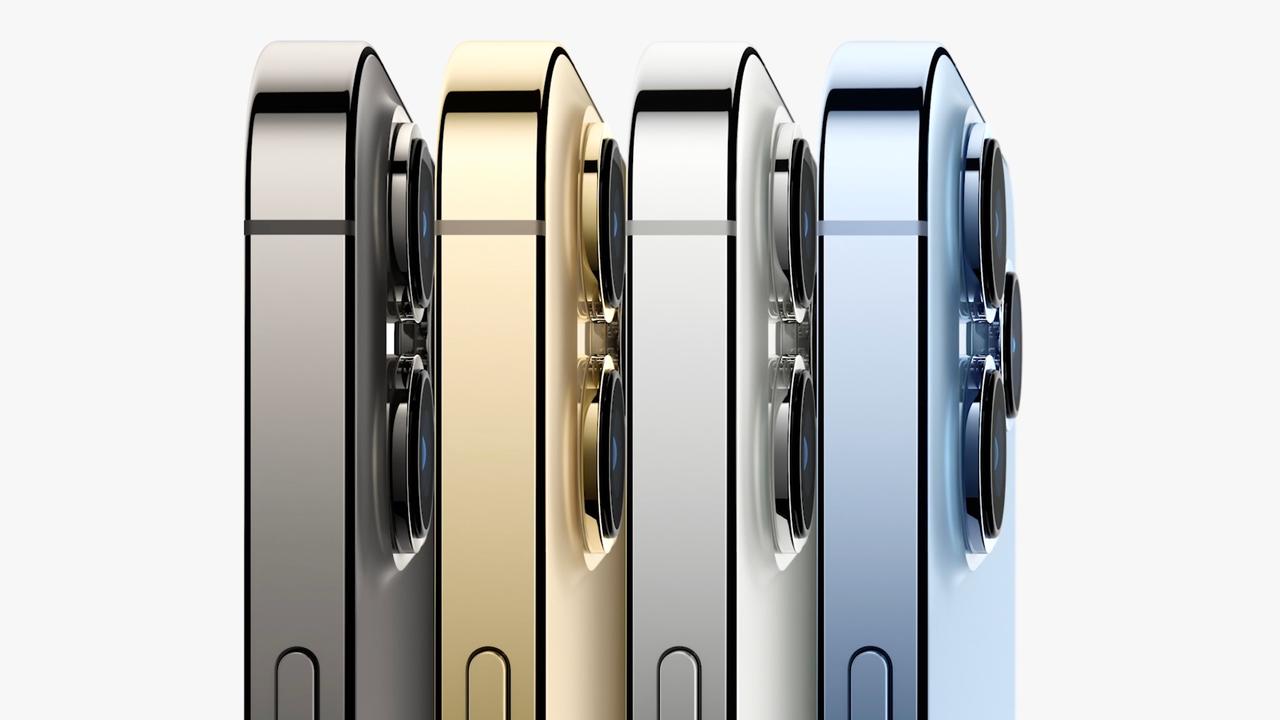 The iPhones are similar to their predecessors, but have faster screen refresh rates and new camera lenses.

The Watch Series 7 has a larger screen thanks to thinner bezels.

The same goes for the iPad mini.

The edges are angular and the screens are flat.

The new phones do have a notch at the top of the screen that Apple says has been made 20 percent smaller.

The iPhone 13 Pro and Pro Max are again the top devices of the company.

The phones are equipped with a screen whose speed can adapt to what the user is doing.

The screen can reach a refresh rate of 120 frames per second.

Newer Android phones have been doing this for a while.

This option makes images run more smoothly, so that there are no stutters when people scroll through menus or play games, for example.

Pro models of the iPhone 13 have three camera lenses on the back, which seem to extend more from the case than last year's models.

There is again a standard lens, a wide-angle lens and a telephoto lens (with 3x optical zoom).

Also new is the option to take macro photos.

This allows subjects to be photographed very closely, for example for detailed photos of leaves.

There will also be versions with 1 TB of storage space for the first time, which cost 1,739 euros.

The iPhone 13 and iPhone 13 mini are similar to the Pro models, with slightly fewer options.

For example, they have two camera lenses on the back: a standard and wide-angle lens.

The zoom lens is missing.

The phones have larger batteries, which Apple says will last longer on a full charge.

Apple also presented the Apple Watch Series 7. The new model has a larger screen, thanks to thinner bezels.

This allows more information to fit into the picture.

For example, it would be easier to type on the Watch by swiping over letters.

The screen also bends slightly in the edges and the image is a bit brighter.

According to Apple, the battery lasts about eighteen hours, but would charge faster than its predecessor.

Watch Series 7 costs $399 and will be available "later this fall".

A specific date and a Dutch price have not yet been announced.

The tablet has a new design with right angles and thin bezels around the screen.

Due to the thin bezels, the iPad mini now has an 8.3-inch screen.

This allows users to draw and write on their screen.

Apple's new tablet costs 559 euros and will be released on September 24.

The regular iPad also received an update. It resembles earlier versions with fairly large edges around the 10.2 inch screen. It also has a home button and a new A13 chip with which the device should work faster. On the front, it has a 12MP camera for video calling. The iPad with 64 GB of storage costs 389 euros and is available from September 24.