70% of the first inoculation will be achieved soon... "Reducing the interval and completing the second early"

The government's goal was for 70% of the people to get their first dose of the vaccine before Chuseok, but it seems that it will be possible tomorrow as soon as possible. The government has decided to consider reducing the interval between Pfizer and Moderna vaccines again after the holidays. 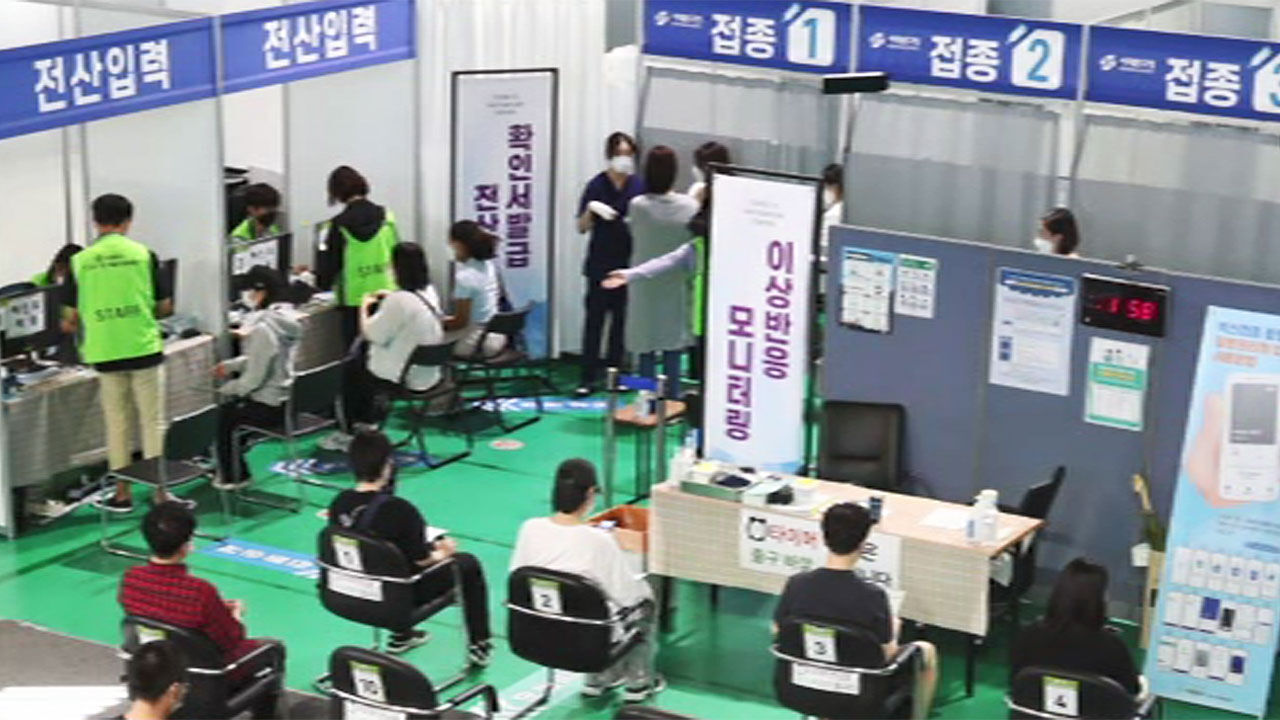 government's goal was for 70% of the people to get their first vaccine before Chuseok, and it seems that it will be possible tomorrow (16th) as early as possible. The government has decided to consider reducing the interval between Pfizer and Moderna vaccines again after the holidays.

34.58 million people have been vaccinated at least once until yesterday, or 67.3% of the resident population.

The primary vaccination rate in all age groups exceeded 60%.

About 1.3 million people remain until the 70% primary vaccination targeted by the government is completed, and it is expected to be achieved as early as tomorrow.

The government is planning to achieve the second goal of 70% completion of the second vaccination at the end of October as soon as possible.

Although the fatality rate has been lowered to 0.29% in the past two months due to the increase in the primary vaccination rate, the second vaccination must also be rushed to respond to the delta mutant virus.

[Sonyoungrae / Central accidents probation office social strategy Captain: There it appears to substantially spread of infection of about 70% blocking effect and 80 to the death to prevent the effects of 90% of the secondary vaccination]

government to the "herd immunity" adult 80% and more than 90% of the elderly explained that vaccination should be completed.

Even if herd immunity is achieved, it will not return to pre-COVID-19.

[Lee, Sang - Won / Central Defense Headquarters epidemiological analysis renovated: If you mean that the mask is also back to about 2019 the situation does not even put away not herd immunity can be difficult -

the government vaccination intervals of Pfizer after Thanksgiving, Moderate or vaccines We plan to review the plan to reduce the number of vaccines again and improve the system so that the second vaccination can be scheduled with the remaining vaccine through SNS.