20,000 mullet killed in swarm... "It is caused by the inflow of contaminated fresh water"

More than 20,000 young mullets were found dead on the coast of Yeosu, South Jeolla Province. Residents claim it was caused by contaminated fresh water flowing into the sea. 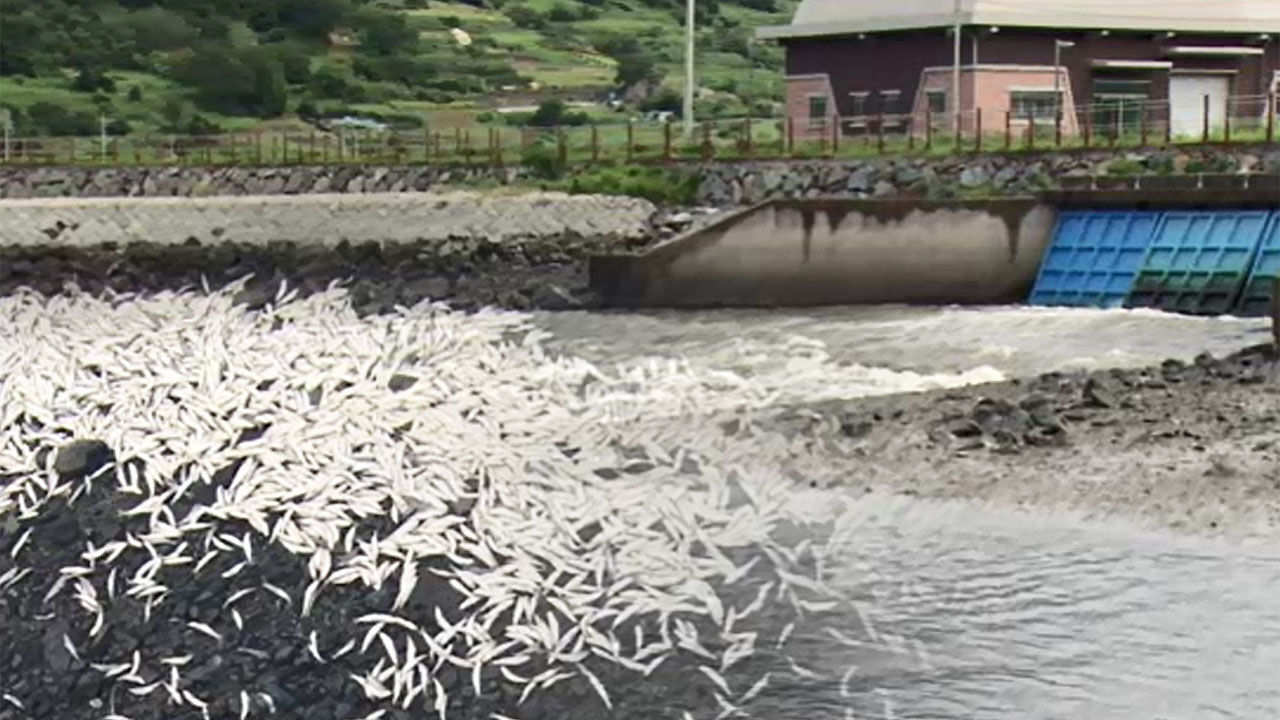 More than 20,000 young mullets were found dead on the coast of Yeosu, Jeollanam-do. Residents claim it was caused by contaminated fresh water flowing into the sea.

is the coast of Hwayang-myeon, Yeosu.

About 20,000 fish that were killed in swarms form a long white strip along the coast.

Most are young mullets of similar size.

Residents blame the polluted fresh water into the sea.

Due to the recent fall rain, the seawall sluice gate was opened three days ago, and some residents said they saw mullets feeding on the sea side at the time.

[Moon Jae-sik / Head of a nearby village fishing village: I think that this mass death occurred because young individual mullets (young mullet) inhaled them while discharging contaminated water.]

The reservoir inside the seawall is used for agricultural purposes by the residents, and an ecological park has been created as a wetland has developed around it.

Relevant organizations such as Yeosu City and the Rural Community Corporation have begun to identify the cause, including water quality inspections in the reservoirs.

[Yeosu city officials: The Rural Community Corporation also came out to check on the site, and now we are preparing to figure out the cause and adjust other relevant departments, etc.]

Residents who have lived in the village for decades

and see this for the

In the sea where fish were killed, residents are engaged in fishing activities, so it is urgent to find out the cause and prepare measures to prevent recurrence.