Where is the electric motorhome?

Camper vans are selling like hot cakes, and rental is also booming. But today's motorhomes almost all have a diesel engine in the front. Remarkable, because passenger cars with that fuel cannot be worn out on the paving stones. Where are the electric motorhomes? 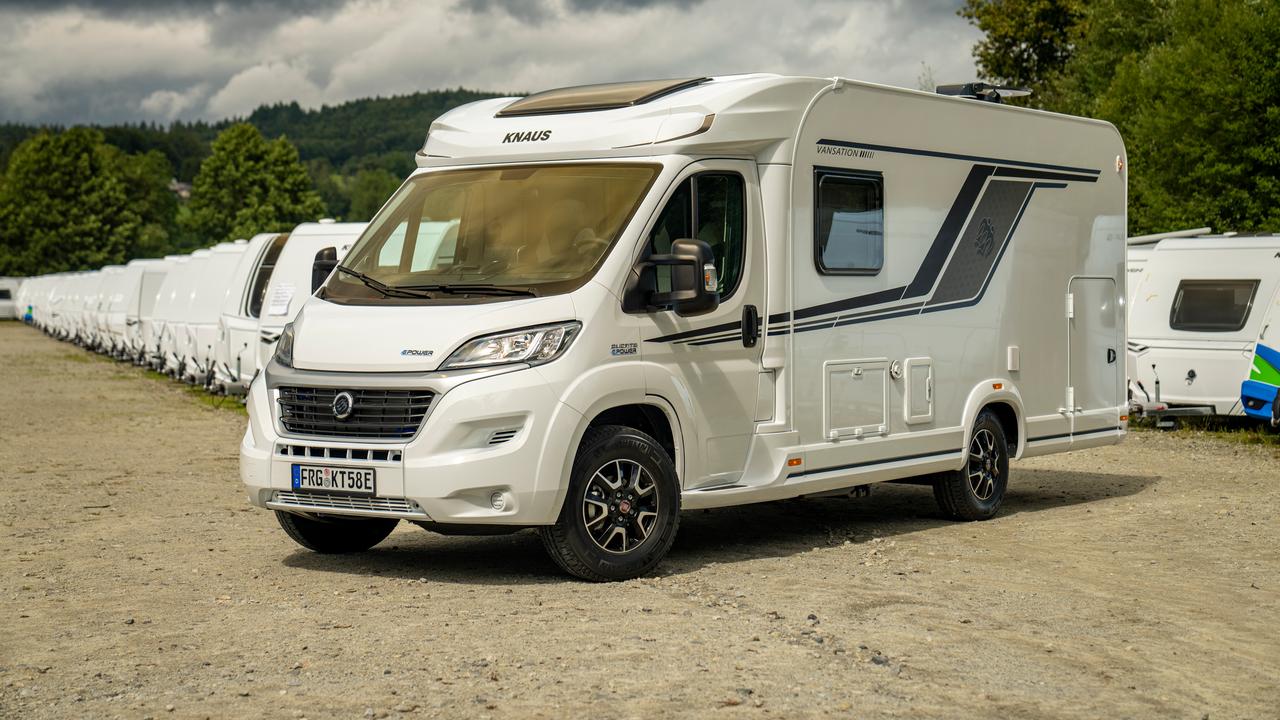 Camper vans are selling like hot cakes, and rental is also booming.

But today's motorhomes almost all have a diesel engine in the front.

Remarkable, because passenger cars with that fuel cannot be worn out on the paving stones.

Where are the electric motorhomes?

The first is the world's largest exhibition of new caravans and motorhomes, the second is the place where Western European car manufacturers in particular show their innovations.

The contrast was enormous.

In Düsseldorf mainly motorhomes with thick diesel engines stood side by side, while in Munich everything revolved around the electric newcomers.

The Hymer group, a superpower in the motorhome world, already presented a plug-in hybrid motorhome in 2019, the Dethleffs Globe from e.Hybrid.

However, this compact, semi-green Ford Transit Connect in camping outfit is still not available and with its limited electric range of 100 kilometers it does not seem suitable for emission-free adventures.

Ron Vermeule, general manager of Erwin Hymer Groep Nederland, explains why the electric motorhome is still a long way off: "We depend on the innovations in the delivery van industry for the powertrains of our motorhomes. We are really ready for the transition, with the mandatory phasing out of fuel engines on the way, we have to.

But there are also other hurdles, such as the lack of charging infrastructure at campsites.

And the shortage of charging stations and capacity is not only limited to the campsites.

In the Netherlands there is an intricate charging network, in other European countries it is a lot less.

As a itinerant camper traveler, you suffer from this.

Also around hybrids it remains suspiciously quiet with the campers

While hybrid drive technology is currently mainly seen as an 'interim pause' for passenger cars, it remains suspiciously quiet around hybrids with campers.

Knaus, a frontrunner in the motorhome market, presented the so-called E.POWER DRIVE technology in Düsseldorf.

The moment the batteries are empty after 100 emission-free kilometers, a petrol-fired generator charges them again.

This motor also supplies the mains electricity for the residential part.

However, this construction with a so-called range extender has long since become obsolete in passenger cars.

Perhaps it is also a sign on the wall that Knaus placed the prototype of the electric camper on the exhibition floor, somewhat shielded between the diesel models.

Mickel van Erp, motorhome specialist at ANWB Experts, does not see the switch from diesel to amps happening yet: "With a motorhome you want to be able to drive long distances in one go and then you need a huge battery pack. , the camper is also too heavy for a normal passenger car driver's license. Without a battery pack, it is already a struggle to stay under the legal limit of 3,500 kilograms with a large motorhome."

It remains to be seen whether a large motorhome manufacturer will soon come up with the egg of Columbus, according to Van Erp.

"The motorhome manufacturers are very conservative."

At the moment, it is mainly smaller brands that have electric ambitions. CamperFIXX, a modest Frisian motorhome builder, developed the eFixxter. That is a four-person pop-up roof motorhome based on a compact electric delivery van (Opel e-Vivaro and Peugeot e-Expert in short or long variant). The starting price is around 78,000 euros, the promised range is a usable 250 kilometers. Thanks to the quick charge function, the battery is charged to 80 percent in 45 minutes. That's enough time for a cup of coffee or lunch along the way. For the production, CamperFIXX enlisted the help of industrial giant VDL.

For example, the rental company Leavv has an e-camper in its range that is based on the Peugeot e-Expert.

According to the landlord, you can get 200 to 250 kilometers with it.

The electric camper from Eindhoven does not need charging stations

There is therefore still little for sale for the consumer in the field of e-campers, but there are plenty of ideas.

If it is up to the students of Eindhoven University of Technology, we will soon be completely independent from charging stations to travel with a camper.

Last week they presented the Self-sustaining House On Wheels (SHOW).

The power required to power this futuristic campervan comes from a huge roof full of solar panels.

That sounds like camping in Utopia, but the SHOW has good papers to succeed.

It is an intellectual descendant of the Lightyear One, a production-ready solar-powered passenger car that was developed by TU Eindhoven alumni and is expected to be in the showroom in the summer of 2022.

The question remains to what extent there is serious interest in electric motorhomes.

According to the Nederlandse Kampeerauto Club (NKC), with 63,000 motorhomes the largest in Europe, the need is there.

At the beginning of this year, a poll among members showed that no less than 41 percent of respondents are willing to switch to a battery motorhome in the long term (whether or not forced).

A nice percentage, but they will have to be patient for a while.

In this article from AutoWeek you can read more about the different types of motorhomes.