Assemblyman Kim Woong's office is seized and searched again... Additional accusations followed one after another 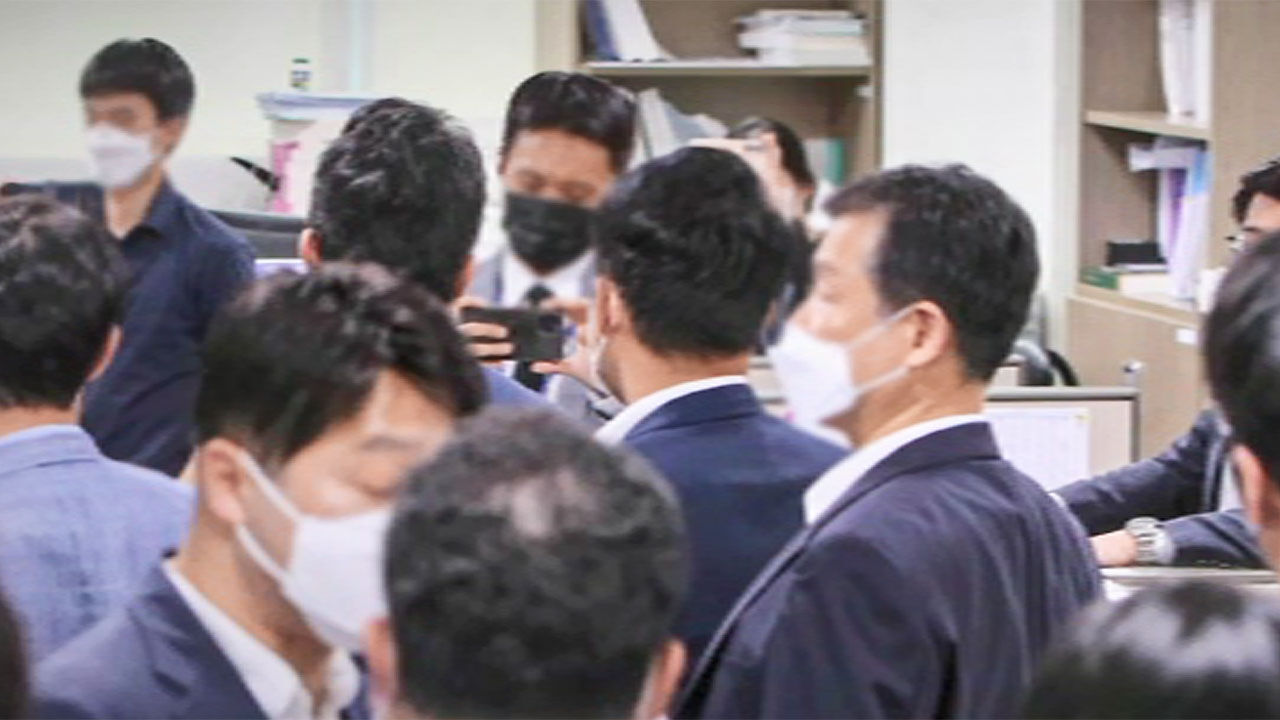 Airborne Service reentered the search and seizure of Rep. Kim Woong's office at the National Assembly. Unlike last Friday, today (13th) was conducted without a major collision. At the same time, additional accusations and accusations against people appearing in this allegation are on the rise.

First of all, this is reporter Son Hyung-an.

high-ranking public officials' crime investigation department prosecutors and investigators re-executed the search and seizure of the office of National Assembly member Kim Woong, who turned away after a confrontation on the 10th.

It has been three days since the first seizure and search was canceled.

[Kim Woong / People's Strength Representative: I cooperated as much as possible. I looked all over and there was no evidence related to the warrant, so I didn't take anything.]

It is known that the search and seizure warrant presented by the Air Airborne Service contained the content that Prosecutor Son Jun-seong ordered a third prosecutor to write a complaint.

There is also a talk about whether Prosecutor Sohn made a complaint form and forwarded it to another prosecutor, but an official from the Ministry of Airborne Affairs said that it was intended to constitute a charge to receive a warrant, and it was not confirmed by a third prosecutor.

The Ministry of Airborne Affairs also refuted media reports that the case was questioned by a prosecutor who was an aide to a former ruling party lawmaker.

[choeganguk / Open Democrats: so citizens you do not be fooled, it natnatyi based on the fact that the truth I think it would be good if you could clarify.]

A civic group also accused Ung Kim and Rep. Jeong Jeong-sik, who were involved in the delivery of the complaint, on charges of abuse of power.

▶ Jo Sung-eun, who released a profile picture like 'Send

▶ "It's not the date the director wanted"... Controversy over 'pre-consultation'