Morat: "We have all had, in one way or another, the possibility of living love in Madrid"

"There is no drink that tastes so good / Like your lips in Madrid." The capital of Spain is the protagonist of the chorus of the song Where are we going? By Morat, the same one that gives its name 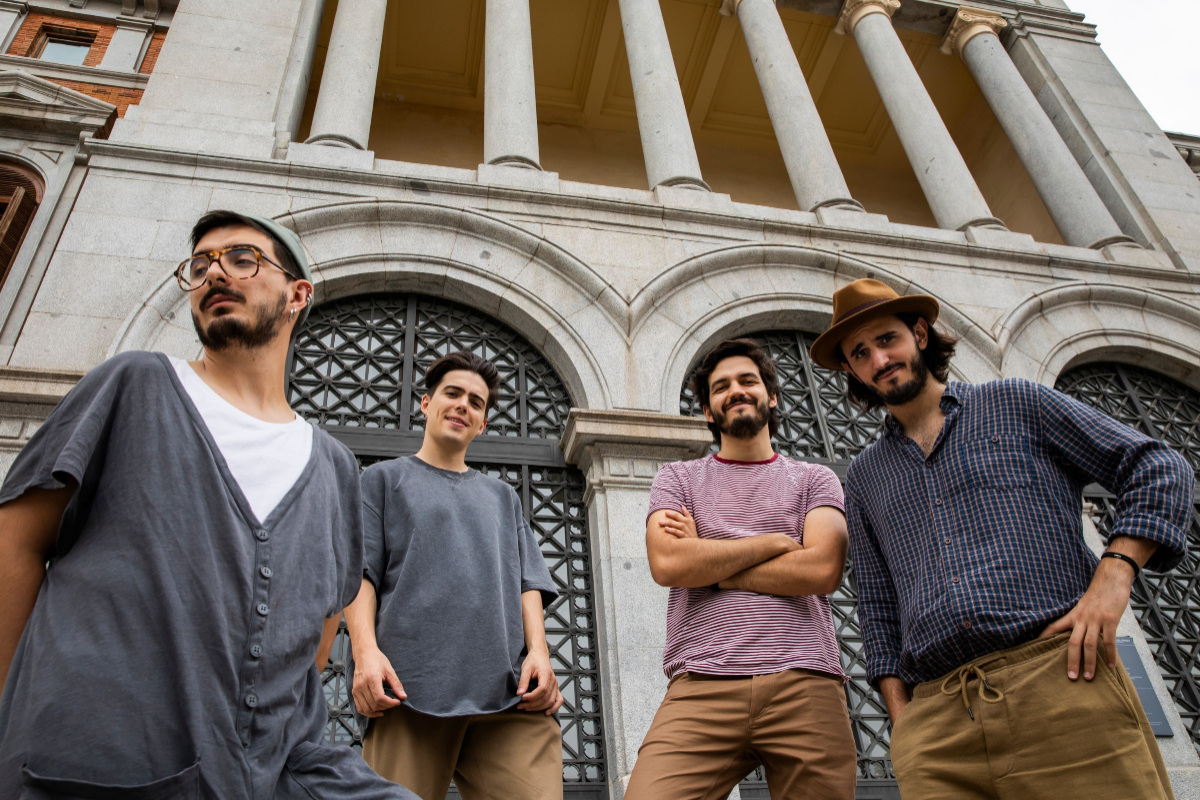 ." The capital of Spain is the protagonist of the chorus of the song

Where are we going?

, by Morat, the same that gives its name to the third studio album of the successful Colombian band formed by

( Bogotá, 1996). But the truth is that his idyll extends throughout the country. Valencia, Malaga, Badajoz, Cádiz, Girona, A Coruña, Jaén, Toledo, Barcelona, ​​La Rioja and Vizcaya have enjoyed their acclaimed live shows since last July. Now they have to do a double at the

, where they have added the date of September 11 after selling all the tickets for the 12th.

The Madrid cane is the best beer in the world

", shoots Villamil after having reunited with his companions with the Retiro Park, where they received METRÓPOLI for the first time five years ago.

"I think everything we've done and all the people we've met in Spain ends up coming back to our lives in some way," says Isaza, the band's lead vocalist and guitarist.

"We are completely in love with Spain. The tour here is super friendly: it is a small country within what it fits.

One can easily go to different places and meet such different cultures, with such a different audience

... That makes the tour varied and dynamic: it is very nice to explore everything, to enter each city and to let go ", explains Martín, the youngest of the four friends.

Formed in 2011, Morat is one of the most successful current pop bands in Spanish.

The coronavirus has allowed them to recharge their energy after four years of non-stop work, where everything was being prepared in full planetary tour. "That great pause we made with the pandemic gave us time to organize the

, think about it calmly, include different things.

. And that is very

", Says Simón Vargas, in charge of the bass and the modular units, the same one who recognizes that, although he loves Madrid, he has not fallen in love in its streets as he relates

, where are we going?

Not all the songs we make are about things that have happened specifically to us,

But his brother did not take long to contradict him: "On the contrary, I would say yes one hundred percent. It is part of the reason for the song.

We have all had, in one way or another, the possibility of living love in Madrid

It quickly comes out to remove your family member.

"Well, if you include when we brought our girlfriends here, then yes."

After passing through Valencia, Malaga or Barcelona, ​​they perform on September 11 and 12 in Madrid.

The four of them laugh out loud and reflect aloud about love and how Madrid's streets lend themselves to going out, having a bite to eat and meeting people, something they don't usually do in Colombia. Isaza takes the floor: "

Writer, administrator, artist, pilot ... His vocations before dedicating himself to the world of music are still alive within him. Although in the words of Martín, "they have been evolving." "There was a time when I wanted to be a pilot, but today ... I ended up being a graphic designer," he proudly recounts. Villamil, for his part, is an industrial engineer.

Isaza studied administration and music, "but I did not finish either of the two. I am nothing!"

. The oldest of the Vargas is a historian and is preparing his thesis on "the beginnings of electronic music and laboratory equipment that were used in the 1950s, with the resurgence of these devices today.It's really

The band believes that embracing different musical styles as they do is not always easy. Neither decide what goes in and what comes out of each album. "They are internal debates that we have about why one song should go and not another.

They are quite important things that have to happen and, fortunately, although sometimes they take longer than others, they have always turned out well,

" says Isaza. The four components tend to make the big decisions in a democratic way, although being four, it is not the perfect solution. "We usually work with external third parties who help us see everything from the outside", highlights the guitarist. "Note that ties are not as common as one would think. The 3 to 1 in the votes I would say is the most common," reveals Martín Vargas.His brother nods:

"One nice thing is that we all trust each other's criteria so much that in the end, if there is a 2-2, nobody has a hard time giving in

. The 'I trust what you consider' is super normal."

Debates sometimes go on for eternities.

Other times, they are resolved in a seen and not seen.

When we are together, we are constantly deciding things

. We have just decided where the photos we are going to have tomorrow will be. We deal with everything from minutiae to important things. It has developed like a muscle between us. It is an exercise that we do literally every day to all hours. Debating and deciding, "Isaza sentenced.

And, as a sign of the organic way in which they deal with matters,

is their "platonic love", they have not yet met her.

- We haven't been anywhere near.

- Well, I have a cousin who has a friend who dated Emma Watson.

Because I don't know which one I would envy the most!

MusicRobe Iniesta, new tour and message to Extremoduro: "Now I have the best band I have ever had in my life"