The American company “Facebook” announced, the day before yesterday, the launch of its smart glasses “Rayban Stories”, which were equipped in partnership with the giant glasses company “Asilor Luxotica.” These glasses allow Facebook users to take photos and videos with two built-in cameras. accurately 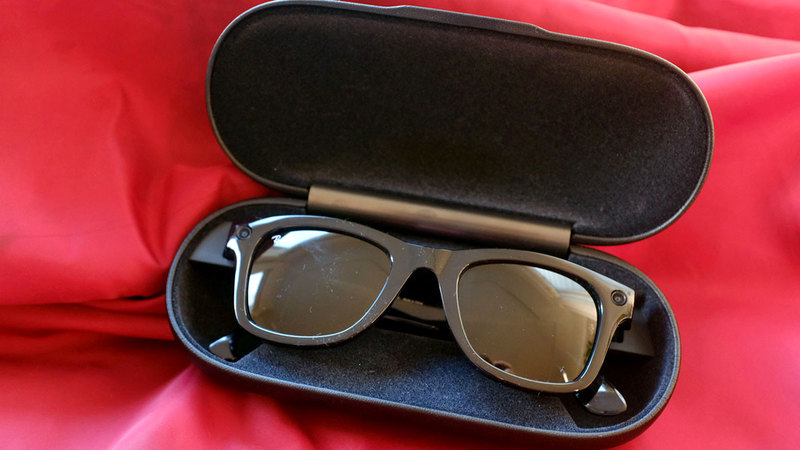 Rayban Stories was supplied in partnership with the eyewear company Acelor Luxotica.

The American company, "Facebook", announced the day before yesterday the launch of its smart glasses "Rayban Stories", which were equipped in partnership with the giant eyewear company "Acelor Luxotica".

These glasses allow users of the Facebook platform, to take pictures and videos with two built-in 5-megapixel cameras, listen to music using speakers inside the frame, as well as receive phone calls.

The user must connect the glasses to a device running one of two operating systems: “iOS” or “Android”, to obtain the full functionality of these glasses, and the user can capture and store hundreds of photos or dozens of videos on the glasses before transferring these media to his mobile phone via an application. The new "View" on "Facebook".

The dual cameras will allow users to add 3D effects to their photos and videos, once uploaded to the app.

Facebook pointed out that the glasses are lightweight, weighing less than 50 grams, and come with a hard leather charging case.

The user can control the glasses through two pairs of buttons, including the “capture” button for media recording, and the play and stop button, at a time when the touchpad on the right arm of the glasses allows the user to perform functions such as adjusting the volume, or answering Phone call.

In turn, a white flashing indicator glows on the glasses, alerting people around the user that a video is being recorded.

Facebook noted that these glasses, in particular, are not water- or splash-resistant.

The smart sunglasses come in three classic Ray Ban styles, with a number of color and lens combinations.

As for the price, it starts from 299 dollars (about 1098 dirhams), with a higher price for polarized and transitional lenses options.

The glasses also do not have displays inside the lens that allow the user to view “digital augmented reality” content like the latest prototype of competing Snap glasses.

This is a major launch for Facebook, as the platform announced early on the details of its partnership with Rayban and its product, at a developer conference last September.

Facebook indicated that the device represents a starting point for the ambitions of "augmented reality" and an attempt to introduce the user to the idea of ​​high-tech glasses.

"(Rayban Stories) is an important step into the future, when phones are no longer an essential part of our lives, and we won't have to choose between interacting with a device or interacting with the world around us," Facebook CEO Mark Zuckerberg said.