"Isn't it too everyday?"... The moment when both youth and body were swallowed 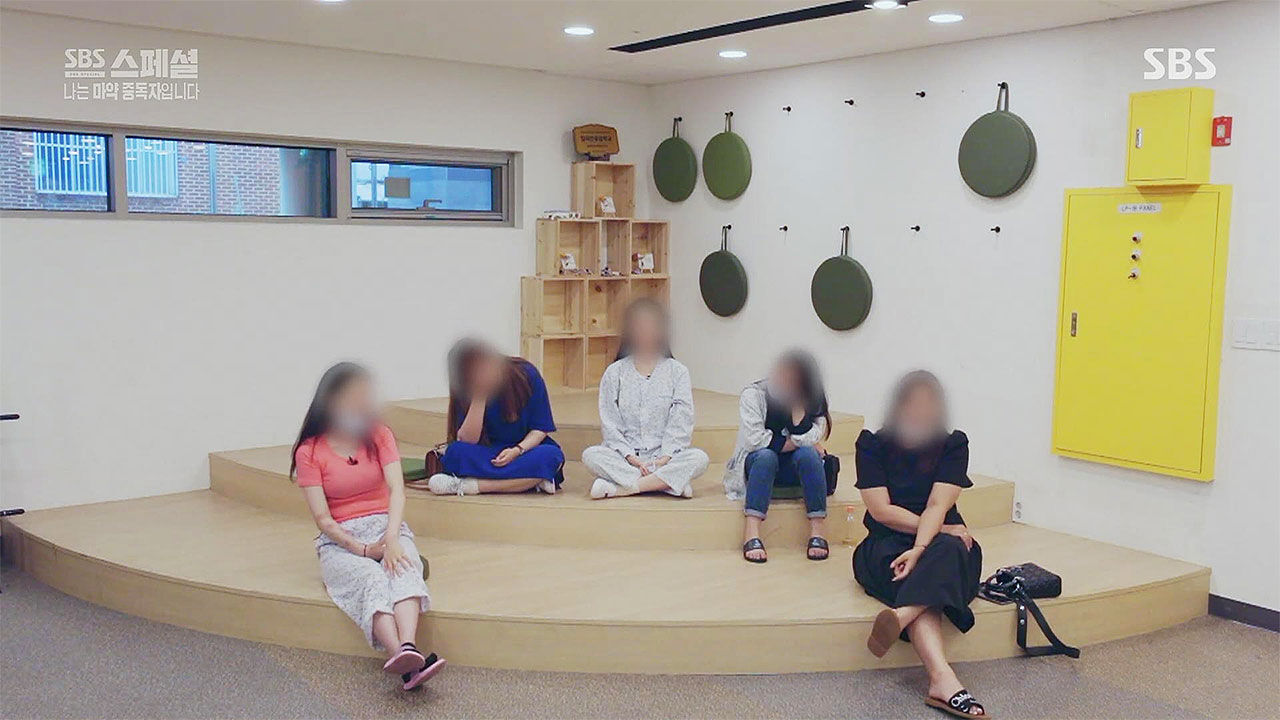 [SBS Special] I am a drug addict Part 1: My child who is addicted

Can those who started drugs out of curiosity recover?

In the SBS special broadcast on the 29th, the 2021 summer special 'I'm a drug addict, Part 1: My child addicted to drugs' was released.

Dong-woo, a drug addict who has been taking drugs for 6 years, is recovering from a camp at the Drug Addiction Rehabilitation Center (DARC) located in Gyeonggi-do. He became a drug addict and regretted his past, asking why my life was like this. Still, he said he couldn't quit drugs, and recalled painful memories, saying, "I'm going to go home and kill everyone because I'm on drugs. My parents just asked if it was true. My mother just cried when she saw it."

And even when he heard the word “drugs,” he had a hard time craving for drugs. And he said, "The thought of quitting drugs and the feeling of wanting to do drugs again are the opposite. So because it's so painful, I just want to die doing drugs," he said.

He was suffering hundreds of times a day, saying that his head was full of demons, but he was able to overcome his longing to be with Dark's comrades. The fear of longing that you cannot overcome with will alone.

In response, a drug addiction treatment specialist said, "In daily life, the most endorphins and dopamine are released during sexual intercourse. "It's a drug that makes you let go. When your brain tastes something like that and gets shocked, everything else has to be different from then on."

On this day, Tae-jun, who had returned home after living for three months, visited Dark. He had been recovering with Dongwoo not so long ago. However, he drew attention when he confessed that he had fallen into depression due to the aftereffects of his current drug addiction and committed suicide. He said that he did drugs without taking a day off, and that he could not afford the cost of the drugs, so he even tried to sell them.

And he said that it is easy to get drugs in Korea, where the Internet is well developed. In fact, over the past five years, the number of non-face-to-face drug transactions has steadily increased, and as a result, ordinary young people have easy access to drugs.

Ms. Min-seo, a drug addict at 27, in her early 20s started taking drugs at the recommendation of her boss. After that, he was addicted to drugs for more than five years, and as the number of drugs gradually increased, he was eventually arrested by the police and is currently on probation. And he was suffering from anxiety and longing that suddenly came to him, even now that he has been taking the drug for three months.

The number of female drug offenders has increased rapidly, and it was found that a quarter of all drug offenders last year were women. Minseo, who suddenly stopped driving due to anxiety while driving, found something in the alley and was startled. That's when I found traces of drug use.

On this day's broadcast, I met female addicts. Those who are currently trying to get out of drug addiction said that they started taking drugs for various reasons, including recommendations from friends and diet.

Another addict also added, "I have no appetite and I'm sure I'm losing weight. After I quit, I start to swell. I'm pulling sweets and pulling food. Everyone here gained weight after taking the pill."

Choi Su-ji, who has been taking drugs for 8 years, said, "I was shot every hour when I opened my eyes. I was drunk and stabbed and stabbed, and my arm burned because of the hydrochloric acid component." He also shocked me when he said that he became blunt to the opponent's assault because he was drunk and that he had no choice but to rely on the opponent who assaulted him to get the drug.

Kim Mi-yeon said, "Even if I sold my entire body because of drugs, I think I've shot a low-level life that is not enough. After overdosing on drugs, I had a relationship with a man I didn't know, and I had too many experiences like that. Things that were treated like dogs remain traumatic," he said, expressing regret.

They also shared their experiences and encouraged and supported each other. And they said they wanted to comfort and help people like themselves. As if they needed a warm touch.

Min-seo, who takes other drugs to quit drugs, took the pills in the morning and evening when cravings rose. Nevertheless, the unbearable longing led to gluttony. Binge eating was the aftereffect of addiction.

Ms. Minseo said, "The most frightening thing is not being aware of addiction. I still want to commit suicide a lot because I'm still scared and mentally unstable, and that made me think of drugs more. And he said that he would like to confess to his parents that he took drugs when the day comes when he will feel better without drugs.

A daughter who was proud of her parents, she said she couldn't talk because she was afraid her parents would hurt her. However, sincerity confessed the truth and shed tears saying that she wanted to get help.

Dongwoo returned home after 3 months. He was happy to meet his mother whom he had missed.

Dong-woo's mother recalled the time she learned of her son's addiction. Dongwoo, who became independent, has not been contacted since one day. He was addicted to drugs from the moment he couldn't be contacted.

Dongwoo didn't know it was a drug at first, but when he found out he was already drunk. He accidentally started taking drugs at a club he was looking for for fun and became addicted. The mother found out that her son was poisoned and brought him home. Dongwoo, who stopped taking drugs for 6 months and went to work steadily. But this didn't last long and he started taking it again.

A mother who stood by her side to watch over her son. However, the new son, who lost his eyes at some point, took medicine again, and the mother told her son to die together. Then the son said he wanted to die and was in agony.

Dong-woo's mother said, "This drug is making the child this hard, then I thought I should be stronger." "I desperately realized what the word despair was." And he supported and encouraged his son with all his heart.

Dong-woo, who returned to the Dark after going out, immediately underwent a drug test. And he all came out negative. However, he did not hide his nervousness until the results came out. Dong-woo said, "I always feel that way. I'm not proud, I have low self-esteem and lack of confidence in everything, and no one will believe me, so I wonder what to do if I don't do it." said.

The next day, Tae-jun, who had relapsed, returned to Dark. And he was the first to check his belongings on the first day of his return. As a result, traces of drug use were left everywhere in his bag. Tae-joon, who endured 100 days but collapsed in an instant, lost his confidence and said, "I thought I should not do this for the rest of my life, and the compulsion came and told me not to do it, so I wanted to do it more." I'm going to start over."

However, a momentary longing came to Dong-woo, who saw traces of medication in Tae-jun's luggage. And he told the director of the Dark Center that he would go home earlier than planned. I wanted to get a job after being contacted by the company I used to work for.

But the head of the center was concerned. He said, "How great would it be if you got really good and went out?" "But in the problem of addiction, you must not miss an opportunity. Work is a job, as long as you have the ability, you can do it again and earn money. But you must not miss the opportunity of recovery. "He explained why he was concerned. And he confessed his inner feelings, saying, "He is a child who doesn't have good feelings when he takes medicine and comes to him mentally. So if he does it wrong, he can really die. Those things are scary."

In response, Dong-woo expressed his disappointment at the center director who did not trust him even though he was ready. He said, "He laughed when I told him that he wouldn't do it even if there was a drug in front of him.  It may be a story that deceives me, but now I want to go out and try something.”

- I am a drug addict Part 1 ③] Lost normal life "more terrible thing than re-dosing of the child ..."