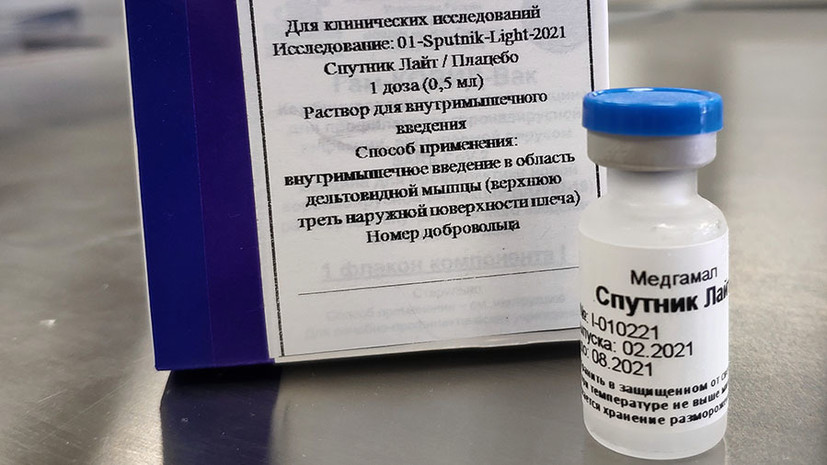 This was reported by the press service of the Russian Direct Investment Fund (RDIF).

"The data obtained by the Ministry of Health of the province of Buenos Aires demonstrates that the combined use of Sputnik Light with other vaccines and vaccination with two injections of only Sputnik Light are safe - there are no serious side effects associated with vaccination," the Foundation said. ...

It is noted that all combinations used in the study were found to be safe.

"The Sputnik Light vaccine can be effectively used in combination with other vaccines, which has been confirmed by studies in Argentina and other countries," said Kirill Dmitriev, RDIF CEO.

According to him, the fund is ready to partner with other manufacturers to further research the combined use of vaccines around the world.

On July 26, it became known that the Russian Ministry of Health approved clinical trials of a combination of vaccines against the coronavirus AstraZeneca and Sputnik Light.