Stéphane Espic, media figure of the `` yellow vests '' movement, filmed on Monday removing from Besançon town hall the official portrait of Emmanuel Macron, to replace it with a photocopy of a QR code in the form of a middle finger. The sequence was posted on Facebook, and its author arrested Wednesday in Nancy. 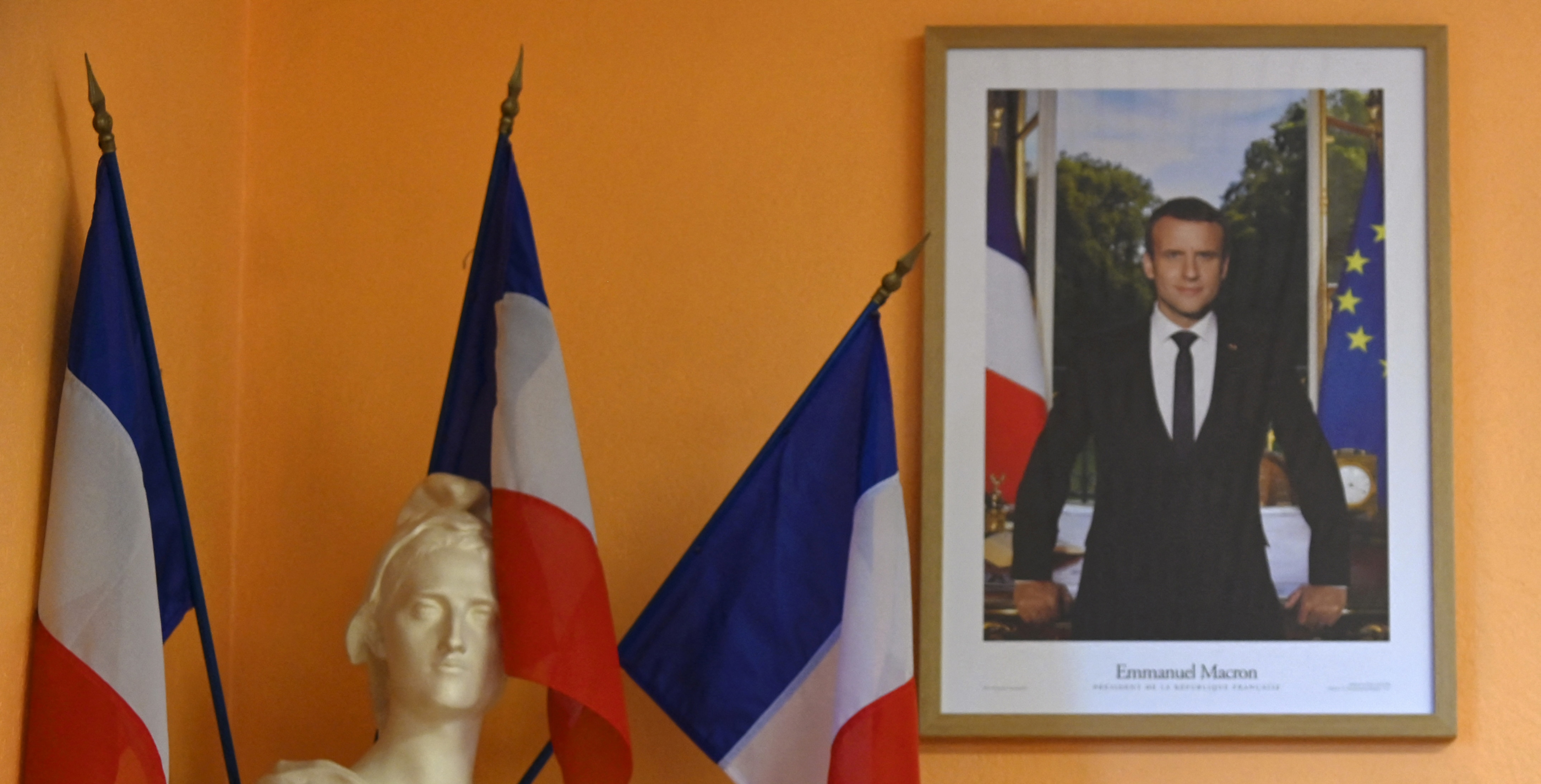 Stéphane Espic, media figure of the "yellow vests" movement, filmed on Monday removing from Besançon town hall the official portrait of Emmanuel Macron, to replace it with a photocopy of a QR code in middle finger shape. The sequence was posted on Facebook, and its author arrested Wednesday in Nancy.

A "figure" of the "yellow vests" was placed in police custody on Wednesday after replacing the portrait of Emmanuel Macron in Besançon with a QR code to protest against the health pass, corroborating sources indicate, his lawyers denouncing an arrest " Politics". Stéphane Espic, who became known during the movement of "yellow vests", was arrested Wednesday at 10 am and was still in custody in the early evening, said the prosecution of Besançon, which opened an investigation for "damage to public property, contempt of a person holding public authority and theft".

According to a source close to the case, "it is the departmental security of Doubs which identified the author and located him in Nancy", the city where he was arrested and placed in police custody.

It should be handed over to the Besançon police on Thursday for its presentation to the prosecution of this city, according to the same source.

The incriminated facts occurred Monday "at 1 pm", according to the same source. In a press release, Stéphane Espic's lawyers, Mes Juan Branco and David Libeskind, indicate that their client "has withdrawn an official portrait of Emmanuel Macron from its frame (...) hanging in the town hall of Besançon (. ..) and replaced it with a QR Code, supposed to embody the health pass ". The action was filmed and posted on Facebook, continue the lawyers, who add that their client deposited on the spot "a lobster (...) in order to indicate the dimension both humorous and political of his act".

The video visible on the "support for dissidence" group shows in particular the portrait of the Head of State being removed from its frame and replaced by the photocopy of a QR code in the form of a middle finger and bearing the mention "no to the health pass!".

A large inflatable lobster is visible in the images.

Another sequence of the video then shows the portrait of Emmanuel Macron torn, his head removed from the photo.

The qualifications retained by the prosecution are "inappropriate", believe Mes Branco and Libeskind, according to which "no" theft, contempt or degradation can be blamed on Stéphane Espic.

They also consider the arrest and detention of their client to be "completely arbitrary and political".

Stéphane Espic "has never made use of any violence and has always chosen the humorous route in order to make his voice and his citizen demands heard", write the councils again, which denounce the "relentlessness" of which their client makes according to them "the object (...) on behalf of the prosecution for thirty-six months and the beginning of the movement of yellow vests".