Dani García: "I could eat a menu based on gazpachos, coquinas, espetos and ice cream all year round"

Dani García (Marbella, December 30, 1975) has an intense summer ahead: he has just opened a restaurant in London (Bibo Shoreditch) and hopes to open soon in 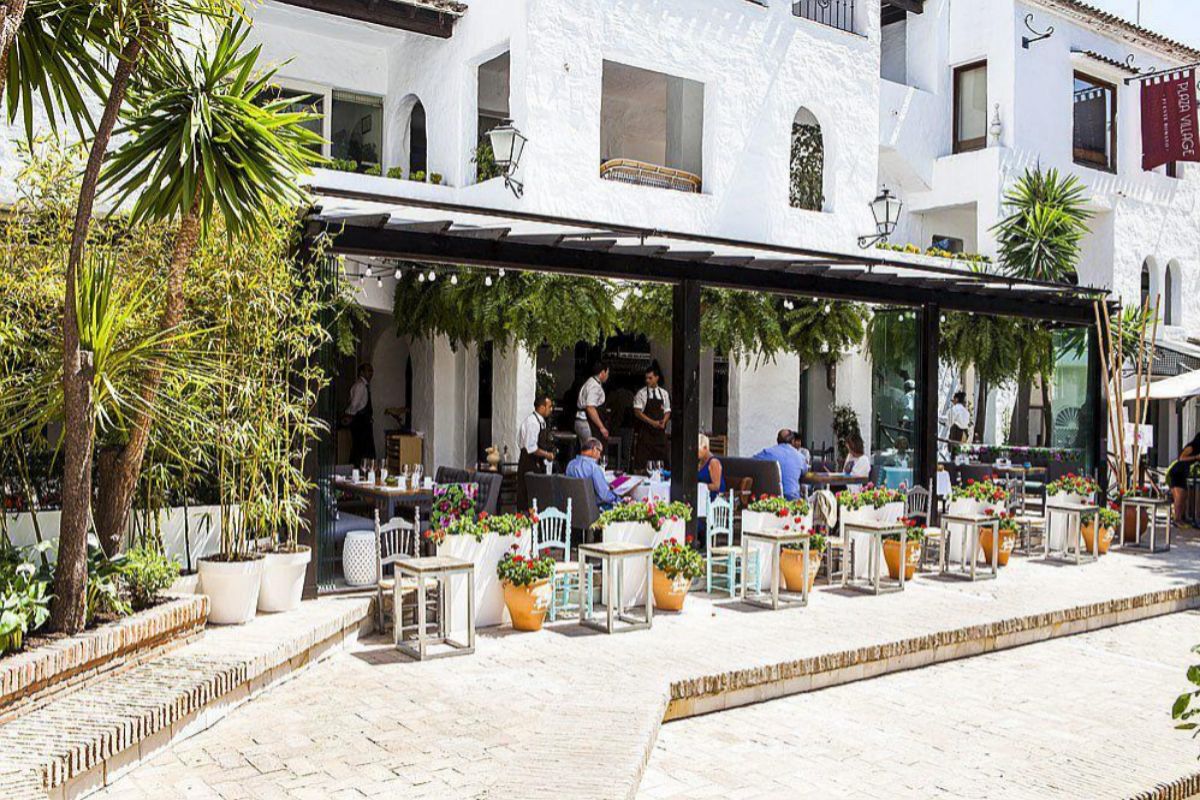 Dani García (Marbella, December 30, 1975) has an intense summer ahead: he has just opened a restaurant in London (Bibo Shoreditch) and hopes to open soon in New York as well. In Madrid, Leña and Smoked Room, two stores in the same space, have just opened. The chef's agenda is full of commitments and. Having put aside the stress of the three Michelin stars, he now deals with the responsibility of "having a team of 750 people". Even so, take minutes to enjoy the beach, the beach bars and its people. He himself tells us how and where.

. Over the years I have lived many Marbellas. Since when it was a simple fishing village to the ragged and shabby Marbella that painted political corruption. What is a fact is that the situation, the climate and the gastronomic culture is something that you will never lose, now you are in an incredible moment and you have an exciting future ahead of you, I am convinced.

The memory of my childhood is always linked to the beach, the beach bars and its characteristic smell, and the skewers.

I would go with my parents to

the beach of El Pozuelo

and we would camp there.

It was an incredible plan.

At dawn, they would throw the boat net and you would see the fish jumping: the horse mackerel, the red mullet ... It was something magical.

Before, we enjoyed a slightly wilder roll;

today is something else.

When I go hiking I like to go to

It is a superfronted area of ​​ferns and forest that you do not know very well if you are in the Basque Country or Andalusia.

It is still little known, it happens like the old town of Marbella, that people pass by and do not know it as it deserves.

(Bulevar Príncipe Alfonso de Hohenlohe, s / n), chef Nobu Matsuhisa's first restaurant in Spain. Who was going to tell us 15 years ago that we were going to have this kitchen here!

The gastronomic offer that we have now is impressive.

the churros in Marbella

, which are the best on the planet.

Everyone says the same about his people, but I firmly assure you.

I can't help but encourage you to go to my restaurants

(both at the Hotel Puente Romano, Av. Bulevar Príncipe Alfonso de Hohenlohe, s / n). Another of my favorite places is

(Av. Carmen Sevilla, s / n), it is next to the sea and has a very particular vibe.

is the most coveted in Spain. Getting a table is really complicated; It is a very special place to dine or have a drink. The energy that there is is incredible. Of the hotels in the area I also love

(Carretera Casares, km2. Casares, Malaga), one of the most beautiful I know. Another plan that I love is to go to the

Among the beach bars I like to go to is

Here I want to see you

There is a menu that you could eat every day of the year that is based on gazpachos, coquinas, espetos and ice cream.

The latter I buy in

At least he is 35 years old and there is always a line.

In summer the routines are somewhat altered around here.

If normally it takes me five minutes to get anywhere, in summer it's 15. And I don't get along.

The perfect season for me is June and September.

This year and, given the circumstances, I do not know if I will be able to take vacation days.

I also like to go out with my daughters.

Well, the truth is that they are the ones who are always willing to discover new places.

We have it in our blood to go out.

They don't stay home for a Saturday;

They like everything, although Japanese cuisine throws them a lot.

In the new stage, after leaving haute cuisine -and with it the three Michelin stars-, I have had other priorities.

Now I spend Saturdays and Sundays at home.

I don't have the burden of that stage, it was also a psychological issue.

After 25 years in this world, I changed my vital model.

Now I have another pressure, which is to have 750 employees in my company, but it is different. "

OutdoorsCampings: Spain, from store to store

SHOPPING The peace of mind of paying (and enjoying) without worries