"Aging of a significant part of the equipment": Roscosmos instructed to support the operation of the ISS segment until the creation of a new station

The Presidium of the Scientific and Technical Council of Roscosmos instructed to take measures to maintain the operability of the Russian segment of the ISS while work is underway to create a new generation orbital station. The organization's message also states that the operation of the Russian segment of the ISS after 2024 creates additional risks due to the aging of the station equipment. Against this background, it is proposed to create a national manned space complex in low Earth orbit - the Russian Orbital Service Station (ROSS). 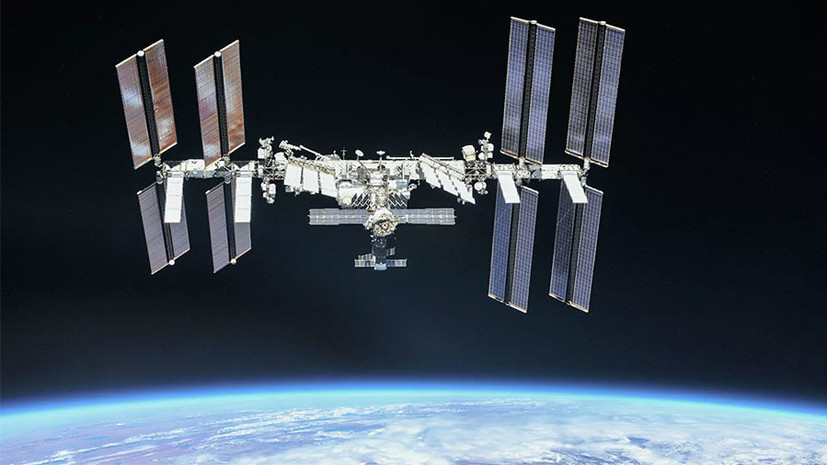 Following the meeting, the Presidium of the Scientific and Technical Council of Roscosmos concluded that the further operation of the Russian segment of the ISS after 2024 creates additional risks due to the aging of the station equipment.

The final statement following the meeting was published on the state corporation's website.

The Council of Chief Designers came to the conclusion about the aging of the ISS, having considered the current state of the Russian segment of the station.

It is noted that we are talking about "aging of a significant part of the equipment."

"In order to prevent the termination of the continuous development of near-earth space infrastructure, it has been proposed to create a national manned space complex in low earth orbit - the Russian Orbital Service Station (ROSS)," the state corporation said in a statement.

It is noted that ROSS should become "an evolutionary step in the development of a program for the study and development of the Moon, flights to Mars and the implementation of innovative scientific and technical programs in space."

Along with this, the Presidium of the Scientific and Technical Council of Roscosmos instructed to take measures to maintain the operability and safety of the Russian segment of the ISS while work is underway to create a new generation orbital station.

“In addition, the council recommended that the Roscosmos State Corporation, in order to eliminate the risks caused by the technical condition of the ISS RS and the planned completion of its operation by 2028, make a decision to start the technical study of the design appearance of the new ROSS orbital station (as part of the ISS or as an independent national station) ", - said in a statement.

Work on a new space station

In April 2021, the head of Roscosmos, Dmitry Rogozin, announced that the first module of the new Russian space station would be ready in 2025.

According to him, work on it is already underway.

From the video published by the corporation, it followed that the scientific and energy module (SEM) of the new station was in the process of construction.

Recall that the International Space Station was commissioned in 1998.

The service life of the ISS expires in 2024, but earlier there were reports of a possible extension of its operation until 2030.

At the beginning of June 2021, Dmitry Rogozin denied the existence of agreements on this matter.

Also on russian.rt.com Roscosmos awaits the US decision to extend the ISS

As Borisov said, the situation that is developing at the International Space Station (ISS) may in the future lead to serious consequences, up to a catastrophe.

“We cannot endanger the life of (astronauts).

The situation, which today is associated with the aging of the structure, iron, can lead to irreversible consequences - before the catastrophe.

This should not be allowed, ”the Deputy Prime Minister explained.

At the same time, Roskosmos at that time said that a decision on the fate of the station had not been made.

At the same time, the company also noted that the modules of the station "have basically exhausted their service life."

Corresponding member of the Russian Academy of Sciences, pilot-cosmonaut, first deputy general director of RSC Energia Vladimir Solovyov also spoke about the state of the ISS in November 2020.

According to him, some elements of the station are damaged.

During the meeting of the RAS Council on Space, Solovyov recalled that until 2025 Russia has obligations to participate in the ISS program.

At the same time, he stressed that a number of elements of the station "are seriously affected by damage and are going out of service."

Soloviev noted that many of these components cannot be replaced.

He also explained that after 2025, "an avalanche-like failure of numerous elements on board the ISS is predicted."

According to Solovyov, spending on further financing (estimated at 10-15 billion rubles) is too large. In connection with this circumstance, RSC Energia then proposed to “revise the terms of further participation” in the program, focusing on the implementation of programs for orbital stations.