Intel has a new goal: to catch up with TSMC, the world's leading semiconductor manufacturer, in less than four years. He will try to make it happen with an ambitious plan ... 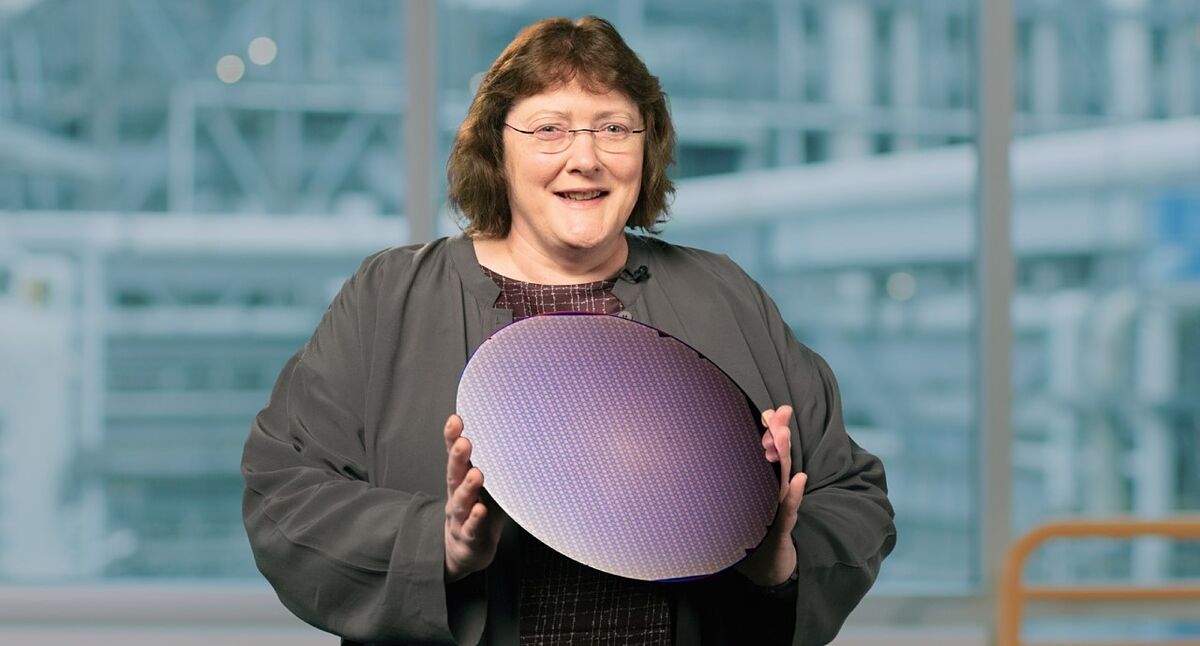 Intel has a new goal: to catch up with TSMC, the world's leading semiconductor manufacturer, in less than four years.

It will try to make it happen with an ambitious plan that includes new transistor designs and an agreement with Qualcomm, supplier of most mobile phone processors, to manufacture its chips.

The last few years for Intel have been difficult.

It was one hundred percent focused on making PC processors, and for years this has been big business, a market that it fairly dominated.

But in the last decade Intel has run into two serious problems: chips intended for mobiles and tablets, made with a different architecture (ARM), have become incredibly powerful and sales of traditional PCs have suffered, also because of the irruption of these smartphones and tablets.

The company, used to multiplying the number of transistors it could put on a chip every 18 months, has also encountered physical barriers that have made it very difficult to evolve its own processors.

Some of the companies that relied on their products have therefore started looking for alternatives.

This is the case with Apple, which last year began a transition to equip its Mac computers with internally designed processors and that TSMC now manufactures in its plants in Taiwan.

The first Macs with these processors, the M1s, are already on sale and have managed to outperform PCs equipped with equivalent Intel processors.

The first step that Intel will take to recover lost ground will be to change the nomenclature of its processors.

Until now the company referred to the different generations of processors with the size of their transistors.

Their rivals too, but differences in their design made it seem that Intel was always one step behind in the sophistication of its designs.

Intel's current 10-nanometer manufacturing technology, for example, is comparable in miniaturization to what TSMC uses in its chips, although TSMC labels them 7-nanometer.

From now on, Intel's 10-nanometer processors, therefore, will be known as Intel 7. Later, Intel will launch the Intel 4, the Intel 3 and, in 2024, a new leap in manufacturing techniques will make it possible to talk about amstrongs (one ten billionth of a meter) instead of nanometers.

This manufacturing technology, which will be known as 20A (20 amstrongs, which is actually 2 nanometers), will allow to create processors with a higher power and less heating.

The transistors in these processors can also be powered by a connection at the bottom instead of having to create connections around them.

This will allow Intel to create more compact processors.

The first 20A processors will arrive in the first half of 2024, but Intel does not expect to produce them in large numbers until later that year.

If all goes well and there are no more delays, this new plan would put Intel at the forefront of chip development for the middle of the decade.

With these advancements, Intel is confident of extending its X86 architecture, which now governs most PCs, for years to come.

But in addition to manufacturing and continuing to advance the development of its own chips and X86, the company will also become a factory (or, as it is known in the industry, a foundry) of chips for rival architectures, primarily ARM.

Intel has confirmed, for example, that in 2025 and thanks to these new production techniques, it will start manufacturing chips for Qualcomm, which until now relied on TSMC and Samsung to bring its designs to life.

The deal is important because Qualcomm processors are the most widely used within the mobile phone industry.

It will also build the processors that Amazon needs for its growing collection of data centers around the world.

EcologyGaming's outstanding debt to the environment: it consumes more than 5 million vehicles

The World Wide OpenAmy Webb: "If Artificial Intelligence advances as it has done now, in 50 years we will be more servants than citizens"

Creators Jeff Bezos: 7 Fascinating Anecdotes About The Founder Of Amazon