Thomas Pesquet arrived at the International Space Station on April 24 to spend six months in lower Earth orbit. The French astronaut of the Agency ... 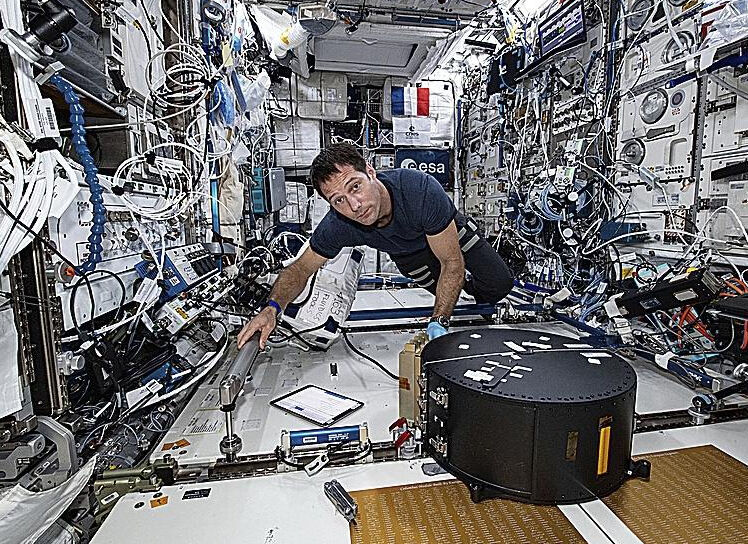 The French astronaut of the European Space Agency (ESA) is sharing through social networks different moments of his stay in a weightless environment: cheering on his team at the Eurocup, cooking a chocolate crepe or taking a couple of space walks.

It is being more hermetic when it comes to reporting the experiments it is carrying out in order to design the future of the exploration of the Moon and Mars.

One of those technologies to validate is Spanish.

The program of scientific experiments and technological demonstrations carried out by

on behalf of their R&D partners, including

, a Center for Technological Research and Development based in San Sebastian.

(communication between man and machine with a sense of touch) has already proven its precision in neurological surgery operations or in the Idaho nuclear laboratory (USA).

Now find your hole in space.

The trial has been designed by the Spanish center, which has provided the

, while the CNES has provided the haptic interface and

This innovation would provide

as an unmanned capsule or the gigantic arm installed outside the station and used to capture satellites or move objects and astronauts.

Until now, this type of operation is carried out using

and levers that have no sense of the applied forces and that require two hands to complete the movements.

, Tecnalia's director of medical robotics, explains how his technology is managing to overtake others developed by more powerful companies: “The surgical robots on the current market do not reflect to the surgeon the forces that surgical tools are applying to the organs of the body;

the surgeon must rely solely on vision.

According to the researcher, the work of the Spanish center

while the tools are manipulated remotely.

The ultimate goal is for this technology to allow the

operator's brain to combine visual, kinesthetic and force information to coordinate what it sees with how it wants to react.

In other words, emulate the same sensations we have when we lift a glass, check the smoothness of a lacquered piece of furniture or turn the steering wheel of the car.

The experiment will not only have application outside the Earth.

“By testing astronauts in the unusual circumstances of weightlessness, we will better understand how the

and we can use the knowledge gained to design better user interfaces for use both on the ground. like during space flights, ”says McIntyre.

Asked about the limits of this technology, the robotics expert maintains that the development of new generation haptic interfaces and the

: «Imagine a surgeon in Donostia operating on a patient in Tenerife or on a physiotherapist in clinic applying therapy to patient at home.

The limit will be reached when one feels present in a distant place not only in terms of sight and sound, but also in terms of strength and effort.