Gael García Bernal: "There was a time when men could not doubt"

A beach, a group made up of families and couples who did not know each other previously and a feeling that time passes quickly. Very fast. On those elements, M. Night Shyamal 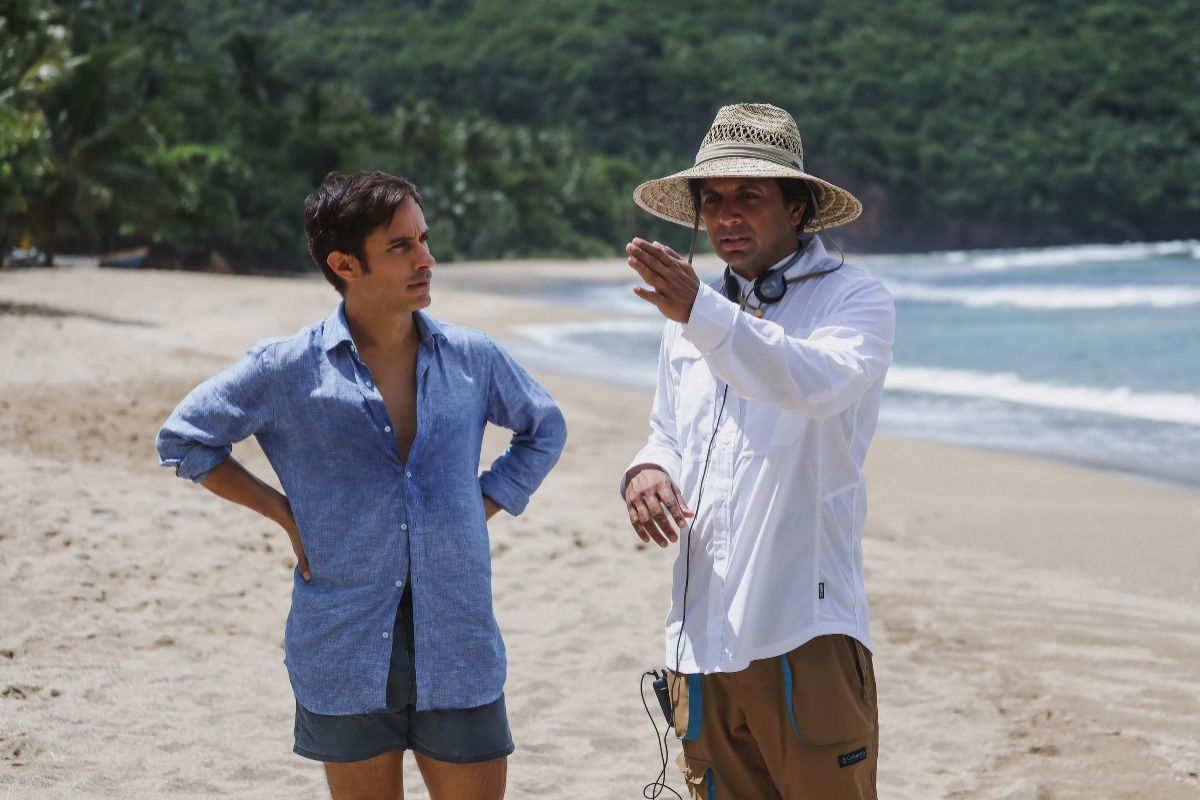 A beach, a group made up of families and couples who did not know each other previously and a feeling that

On these elements, M. Night Shyamalan has built

(released in theaters July 30), an intrigue and science fiction film in which

Gael García Bernal talks with Shyamalan during the filming of 'Tiempo'.

"As soon as I read

the script, it gave me a philosophical concern

and I felt a strong curiosity to see how the challenge was going to be approached from a technical point of view," says the actor.

"What would happen if time passed faster than normal?" Asks Gael García Bernal, who smiles when he says "

luckily I have never had a watch, like almost all actors, so time sometimes passes me quickly or slow depending on the moment. "

AN UNSOLVED ENIGMA ON A HIDDEN BEACH

beach isolated from everything

The suspicion that everything is accelerating soon becomes real when

physical changes that would take years take place in a matter of hours ... or minutes.

Do the people in charge of the tourist resort where all the beach visitors signed up know something?

The movie is full of mysterious moments.

The pandemic fully affected the filming.

It was in the Dominican Republic and there, as the Mexican actor explains,

"we remained isolated for three months with great care to be able to finish filming."

When referring to these circumstances, the actor from the

Mozart in the Jungle

mentioned how "only when time passes, in the future, we will be able to better see that moment of bewilderment that all the members of the

FILMS THAT REMAIN IN MEMORY

"It is a very complex subject since it would go a long way. There is a basic part that has to do with the hope of making a film that, through a creative frenzy, makes us have fun and generates many questions. With that

you get an experience that it is capable of generating something in the viewer.

And that it gives things many turns. I hope that the cinema is that space of the resistance of the human ".

On the beach of 'Tiempo' everything happens faster than normal.

That said, the interpreter continues his reflection: "But, if I start to think more about the future,

I like that, because I feel that what I do is worth worth it. It can accompany or generate something.

In these difficult moments, what matters is what we want or who we want. And even how we let ourselves be loved. "

Gael picks up the idea: "the dynamic that is established on the beach between all the characters could thus be understood.

Shyamalan has created a metaphysical thriller

or where something similar to what happened in

. In that film, as in this one, the premise is 'what would happen if a group of people couldn't get out of a place and we wouldn't understand why?' It reminds me of classical theater and it's a fantastic premise. "

DOUBT IS POSSIBLE ... AND NECESSARY

, the actor explains that it seems to him that he is not always clear about things in life.

"As men, now we value the vulnerable person much more than doubt themselves.

There was a time when men could not doubt

. That you had to reach a certain perfection. And that introspection is fantastic.

I belong to a generation that values we ask things a lot ".

Billboard July 2 Fast & Furious 9, The Heist of the Century and all the premieres of the week

Showtimes June 24-25 Operation Camarón, Spirit: Indomitable and all the movie premieres of the week