Another face-to-face worship... Jeon Kwang-hoon "If the facility is closed, it will go to Gwanghwamun"

Sarang First Church, which was ordered to suspend operations for violating quarantine rules, conducted face-to-face worship again. Pastor Kwang-Hoon Jeon shouted loudly that if the church was closed, a large-scale worship service would be held in Gwanghwamun Square. 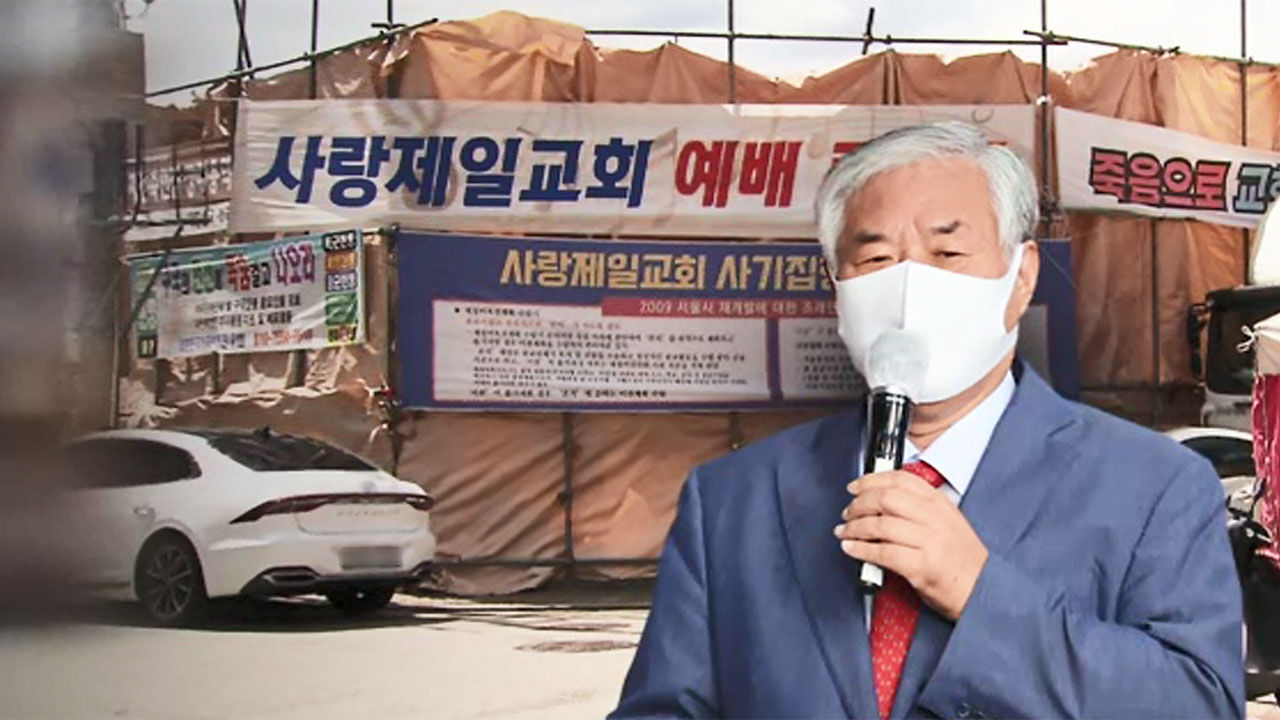 Sarang Jeil Church, which was ordered to suspend operations for violating quarantine rules, again conducted face-to-face worship. Pastor Kwang-Hoon Jeon shouted loudly that he would hold a large-scale worship service in Gwanghwamun Square if the church was closed.

On the sidewalk, Shin Jeong-eun is a reporter.

alleyway leading to Sarang Jeil Church, members are heading to the church one after another.

The church is responding to the question of what's wrong with the self-examination kit and making a list.

[Sarang First Church member: We obey the word of God. We don't obey people, we.]

And they blocked the way and refused to inspect the site by officials.

[Sarang First Church official: What is the administrative order? Above the Constitution, Executive Order? Go, go!]

Sarang Jeil Church held a face-to-face worship service for about 3 hours with over 100 members in attendance.

Not a single person on the podium, including Pastor Kwang-Hoon Jeon, wore a mask.

[Jeon Kwang-hoon / Pastor of Sarang Jeil Church (Youtube: Konkuk TV): If you tell them not to worship, give them death.]

As a result, a fine of 1.5 million won and suspension of operation were imposed, and even though the application for suspension of execution was also dismissed, the face-to-face worship was carried out.

Pastor Jeon even threatened to hold a nationwide worship service at Gwanghwamun Square if the facility was ordered to close.

[Jeon Kwang-hoon / Pastor of Sarang First Church (Youtube: Konkuk TV): The church chapel will be closed from next week. It was better. Next week, we will go to Gwanghwamun.] The

Seoul Metropolitan Government plans to increase the face-to-face worship situation, including the number of attendees, and review administrative measures, including facility closures.