José Pizarro, from teaching the British to eat ham to opening two restaurants at the Royal Academy of Arts

He has not lost his Extremaduran accent and he has spent almost half of his life in British lands. "If you hear me speak in English ... That is enough to laugh." Well no. It turns out that 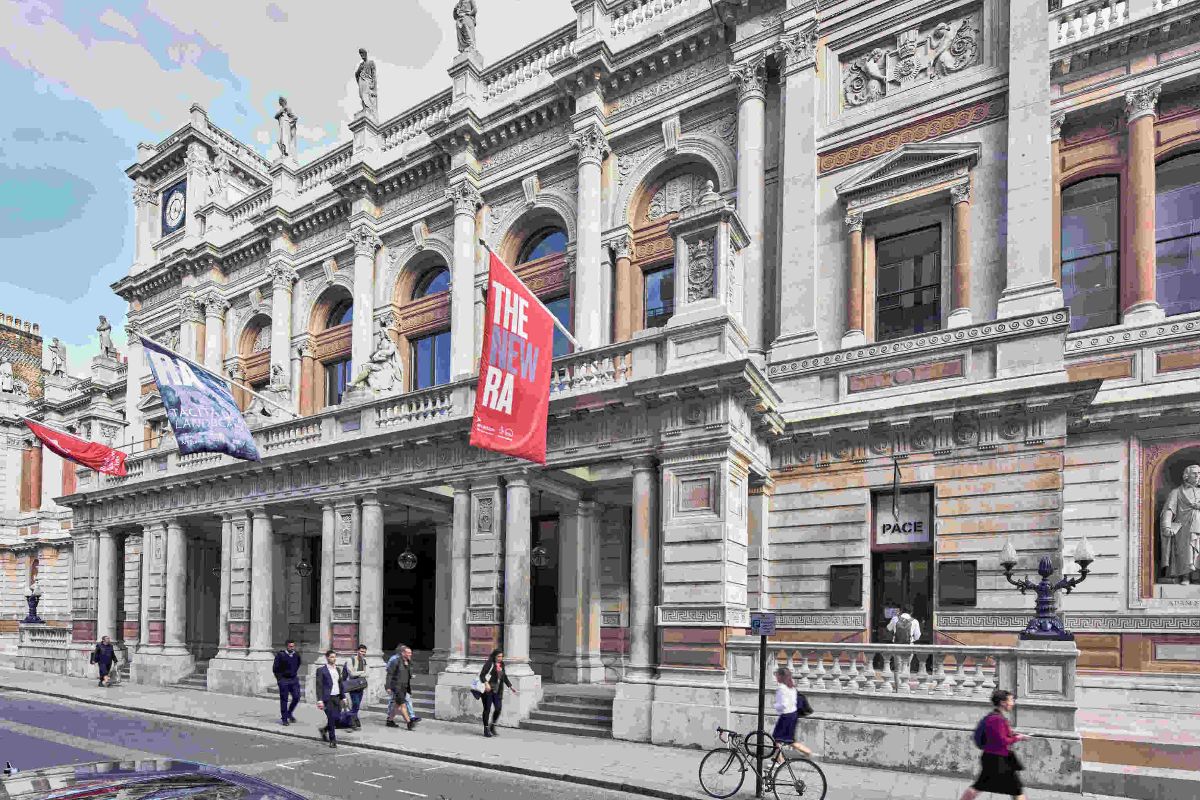 . "If you hear me speak in English ... That is enough to laugh." Well no. It turns out that the British not only do not laugh at his leave, but they seem hooked on him, based on the response generated by his presence on

, where he has collaborated for years.

(Talaván, Cáceres, 1971) walks these days happily and superbly, well, as always. "I often

say that I'm never going to get into trouble again

, the two new gastronomic spaces that will open this August in central London and at the

(RA), one of the world's great artistic institutions, with 250 years of history.

Two establishments that are added to the three it already has in the capital of Támesis,

, and the rural pub

With his fifties around him and feeling "at the culmination of my career", he is one step away from fulfilling a dream by uniting his two great passions:

The Royal Academy of Arts, London.

A traditional cuisine, simple, without artifice and with the

Spanish product as a flag

Or, what is the same, José Pizarro in its purest form and a style that has led him to conquer the palate and stomach of Londoners.

"95% of my clients are British or not Spanish, because if there is something here, it is diversity."

In a week the tests begin and in three the new concepts will start: one,

another, a dining room with a less informal format.

"At the bottom, in an area full of posters of the Royal Academy of Arts, is

. It is the classic village cafe, where you go in the morning to have coffee, a pincho of tortilla, a Toast, a croissant and other little things like that. And, from 12 noon, the tapas: hot meatballs, selection of cheeses, bikini, Russian salad, Galician empanada stuffed with tuna, straws .... Come on,

It is more typical only in my town, but within the Royal Academy of Arts, "he laughs.

José Tapas Bar, the first restaurant that the chef and businessman opened in London.

Upstairs, in a space with towering walls - "they are

And with impressive windows" -,

"We will serve tasty, simple things: Iberian ham and Cinco Jotas Iberian presa; red prawns from the Mediterranean ... Practically, the same thing that I have been doing all my life in the United Kingdom:

quality product at all times

, a product that speaks for itself. itself".

-Is this double opening, which coincides with the tenth anniversary of José Tapas Bar y Pizarro, a sign that the normality that the Covid snatched from us is getting closer and closer?

-I think so. Here the masks are almost

although we will continue to maintain them, just like the distance. It is to feel safe, so that our team and, above all, our clients are. Hopefully there is no setback and return to full normality soon.

"Since we opened our restaurants in May we are at full capacity, at

An expression that is part of the chef's vocabulary and biography.

Forward when the first closure of the country was declared.

"In two weeks I was already making boxes, involved with the

(to finish at home) and selling food everywhere. In five months I only had one day off, with that I tell you everything."

Iberian pork Cinco Jotas, one of the chef's classic dishes.

Forward when time passed and the

reopening did not come

. "Thinking about it. I haven't stopped, I've been working my whole life, it's what I like and what I enjoy." Forward when

the pandemic and Brexit

became traveling companions. "It has been difficult, especially at the beginning. The biggest problem is the staff. I am opening normally, but there are places that only do it two or three days a week. People cannot come to work, we have to

... It is very complicated. It was known that it would happen, but they wanted Brexit, because it takes Brexit. And it is not over. Now, more or less we can maintain

, although it is clear that they will go up. Either way, you have to work hard and push forward. "And enjoy." In this time I have learned that you have to live in the present, because

without you noticing. Yes, we have had a bad time, but we have to live today ".

- the one around the corner, August 11 - are the two restaurants at the Royal Academy of Arts, right in Piccadilly.

"I've seen the blueprints with directions to the address. On the left, the name of

[one of the most influential contemporary British artists whose exhibition,

The Arrival of Spring, Normandy, 2020

, runs until September at the RA] On the right, mine. What more could you ask for! It's a pride.

I have worked hard

[worked in restaurants like Eyre Brothers, Brindisa and Gaudí, before opening their own place, José Tapas Bar in 2011] and I continue to do so ".

This is how this

who one day was trapped by the stoves.

Cheerful, congenial people, expansive, he has had "many teachers": "

, although I have never cooked with him, well, once in his

, he has taught me a lot about how to be in life.

(El Mesón de Doña Filo, in Colmenar del Arroyo, Madrid, where he learned much of what he knows today), whom I love for what they are, family. "

"She is a friend who, more than culinary techniques, has taught me how to live and how to enjoy. They are all good people, which is what I want to have around me."

We left him there, happy and super-ally, but stealing time -always- a day to talk to his mother.

"We do it twice on FaceTime: once in the morning and once at night. My mother is the best. I have given her a phone and, at 88, she sends me photos on WhatsApp."

Xiringuito by Casa Mono, the dining room with a beach in Madrid