The “pingdemia”: how the British anti-Covid application has become a health puzzle

Notifications sent by the official application to fight the pandemic have multiplied in recent weeks. More and more "ping" intends to self-isolate for ten days ... 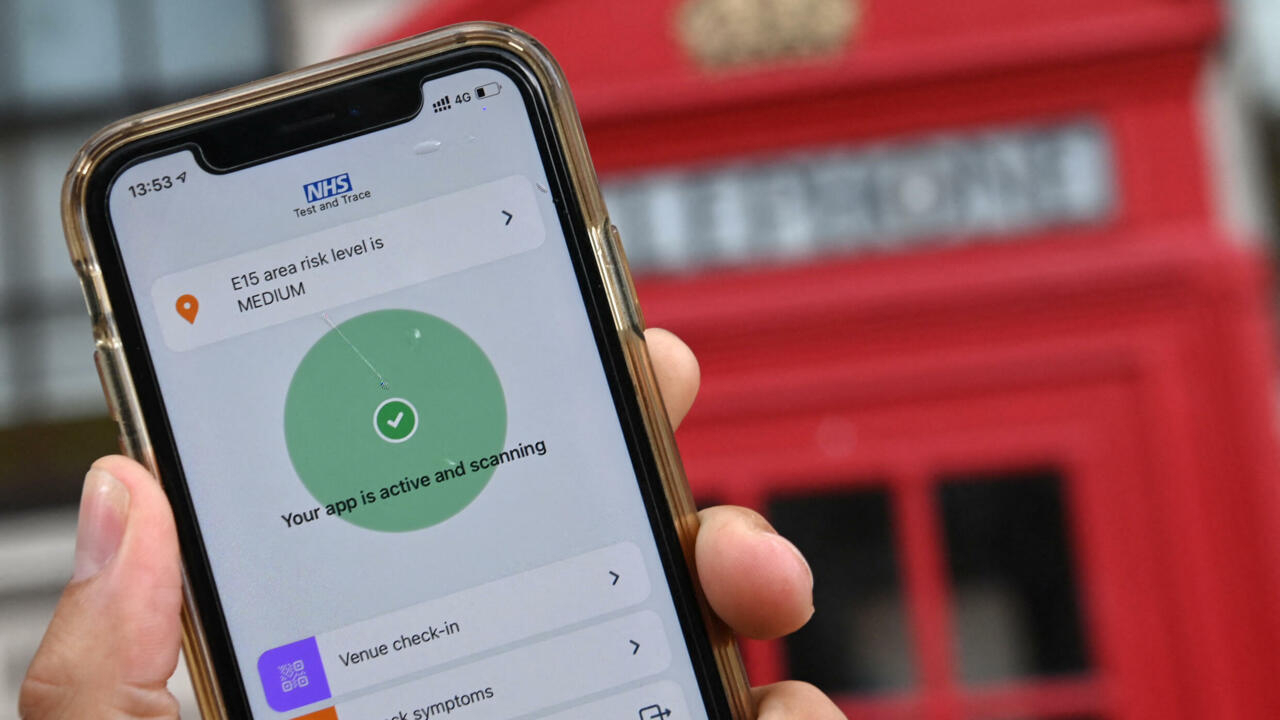 He did not escape the British “pingdemia”. David Stupples was walking in a marina a few weeks ago when a notification on his smartphone ordered him to self-isolate for 10 days because he had been near a person who tested positive for Covid-19. “However, I had been careful to stay away from people, and there was no one around me… except maybe inside the boats”, says this professor of electronic engineering at the City University of London , contacted by France 24.

Like him, hundreds of thousands of Britons have received the dreaded official app notification from the NHS (the public health system) since early July.

So in the week of July 7 to 15 alone, more than half a million people self-imposed 10-day quarantine on the app's recommendations.

This notification epidemic has become a major topic in the British public debate.

“I would like to apologize for the inconvenience caused by these notifications [...], but I would like to reiterate that isolation is a vital tool in defending against the spread of the disease,” said on Wednesday July 21. Prime Minister Boris Johnson, himself in quarantine after being "pinged" by the application.

But the pressure on the government to find a way out of this situation is increasing as a growing number of sectors of the economy are affected by this “pingdemia”.

Several supermarket chains have announced in recent days that they are forced to close shops across the country because of the high number of absences of employees who have had to quarantine themselves.

In some areas, nearly 30% of the staff of these supermarkets have received the notification of the NHS application, the Guardian points out.

Road transport is also struggling to cope with this “pingdemia”.

Nearly 90,000 truck drivers are currently missing, which means delays in deliveries for businesses and gas stations.

The NHS has warned that its application has caused a large number of absences among hospital staff.

A situation that has made the reception of patients more difficult, even as their number is increasing because of the speed with which the Delta variant of SARS-COV-2 is spreading throughout the country.

Clearly, the “pingdemia” threatens “the economic recovery”, estimated the Confederation of British Industry, the main British employers' union, on July 21.

The government claims to have heard the appeals of the business community.

This week, he relaxed the rules to allow employees in certain “critical” sectors - health, road transport, and mass distribution - not to have to isolate themselves ten days if notified.

Provided you have received both doses of vaccine.

Blame it on bluetooth?

But British business circles want more and demand, in particular, that the application of the NHS be reviewed and corrected. This "pingdemia" occurs, in fact, because of the encounter between a deteriorating health situation and "an application that has been poorly designed", says David Stupples, the professor at the City University of London, specialist in signal issues. networks, that is to say everything relating to mobile internet networks, bluetooth or wifi.

The surge of the Delta variant, which is much more transmissible, as social distancing measures have been lifted in the United Kingdom, partly explains the increase in notifications. “The number of new cases of covid-19 has never been higher since the end of December 2020 - when the current version of the app was released - but then there were many more restrictions on movement, which explains why the application sent fewer notifications ”, underlines Kevin McConway, professor of statistics applied at the Open University in North London, questioned by the site Science Media Center.

The app is also super sensitive, which results in “a lot of false positives,” says David Stupples. It sends a notification to the user as soon as the latter has been for more than 20 minutes within two meters of a person who has declared to have tested positive for Covid-19. Nothing extraordinary about that, except that to communicate with other phones, the NHS application uses bluetooth technology… which can, for example, pass through walls. In other words, “if I find myself on the street within two meters of someone isolating themselves at home, the fact that there is a wall between us preventing the virus from passing does not change anything. 'case, I would still receive a notification ”, laments David Stupples.

For him, the best way to solve the problem would be to reduce the sensitivity of the application.

“No need to start all over again, just set the application signal to one meter instead of two, which would significantly reduce the number of false positives,” explains this expert in network signaling.

He is not the only one to have made this proposal since the start of the "pingdemia", but Boris Johnson has so far resisted this option.

“The government is concerned that there are too many false negatives in this case,” notes David Stupples.

“This idea of ​​reducing the sensitivity to one meter is not a good idea, because the application would then not be of much use since we know that the virus can be transmitted over at least two meters”, notes Jon Crowcroft , researcher in computer science at the University of Cambridge, interviewed by the site Science Media Center.

Some of those who reject the idea of ​​making the app less sensitive would prefer the government to allow anyone already vaccinated not to have to self-isolate when they come into contact with sick people.

But again, this is not a panacea. The vaccine is used, above all, to avoid developing serious forms of Covid-19. But “even vaccinated people can continue to transmit the disease,” said Boris Johnson to justify his refusal to grant preferential treatment to all Britons who have received two doses.

The government will, however, have to act because the population begins, in the meantime, to turn away from the application to avoid being "pinged". “I turned off the bluetooth on my phone, so I wouldn't risk receiving a notification,” a Frenchwoman who lives in London told France 24 and did not want to take the risk of being a victim of “pingdemia” while she must return to France for the holidays. A survey, published Tuesday by the YouGov institute, reveals that one in five Britons who have the application has turned off the “contact tracing” function in order to avoid the risk of having to self-isolate.

The British government is therefore faced with an impossible choice.

Either it remains firm at the risk of seeing more and more people uninstall the application, which would be counterproductive.

Either it amends or continues to relax the rules for those who have received a notification.

But again, this is a risky bet as it would make the application less useful at a point in time when, to deal with the risk posed by the Delta variant, it remains an important tool to limit the spread of the virus.