Mi-ae Chu, "I don't feel the need to respond" to criticism of 'own goal hat-trick'

Candidate Choo Mi-ae, one of the Democratic Party's presidential candidates, dismissed the criticism of Kim Doo-kwan, a member of the same party today, as an "own goal hat-trick" against him, saying, "I don't feel the need to respond." 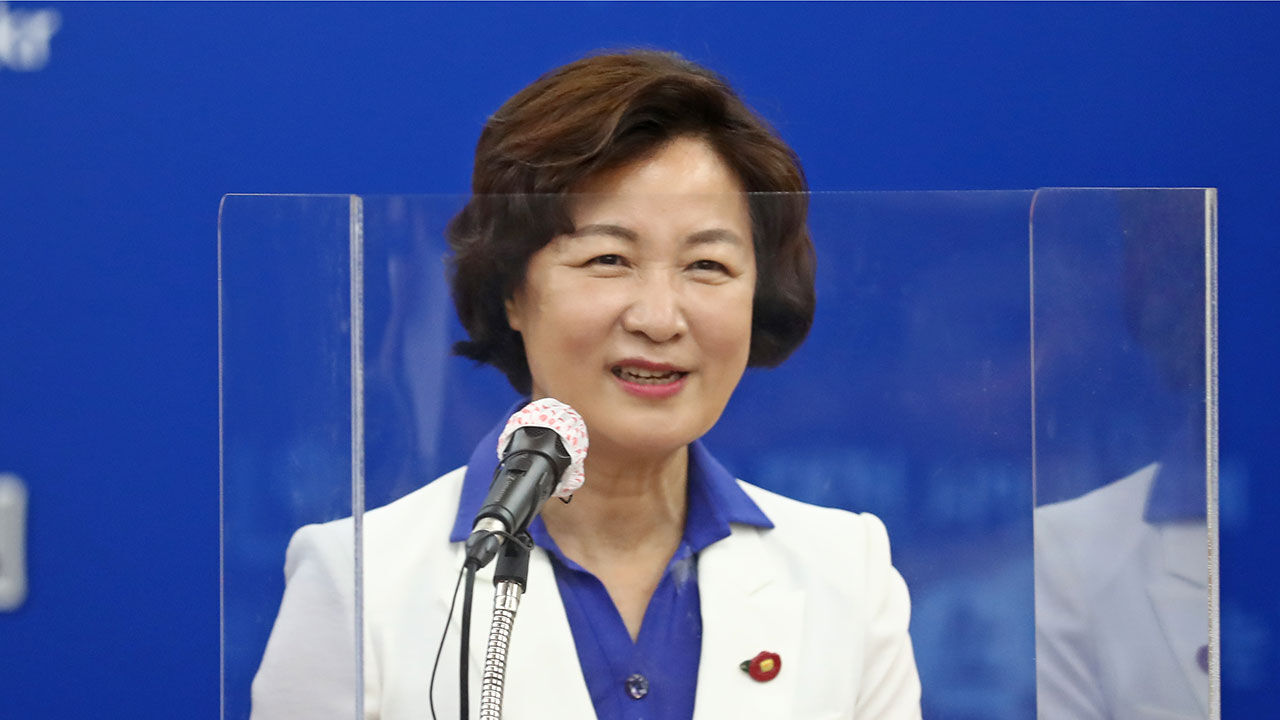 Candidate Choo Mi-ae, one of the Democratic Party's presidential candidates, dismissed the criticism today (22nd) of the same party member Doo-kwan Kim as a 'self-goal hat-trick', saying, "I don't feel the need to respond."

Rep. Kim said in a radio interview this morning, "Who said that? (Chuo) says that he is a hat-trick player who scored an own goal three times, such as the impeachment of Roh Moo-hyun, midwife Yoon Seok-yeol, and Kim Kyung-soo resignation.

Candidate Chu, who visited the Daejeon City Council after Rep. Kim's remarks, said, "It seems to be tearing us apart" at a press conference. good,” he emphasized.

Regarding the investigation into Kim Kyung-soo, the former governor of Gyeongnam, he said, "It was done by the fake news countermeasures team, and I was the only representative at the time," he said. .

He said, "People who were comfortable planning the presidential election by thinking about a runoff vote with Lee Jae-myung vs. Lee Jae-myung are starting to panic. If you photograph me who wants to go on the path of candlelight, I will complete reform.”

As a regional pledge, Candidate Chu said, "We will form an innovative growth ecosystem to foster the specialized fields of information and communication technology (ICT) convergence, biomedical, nano convergence, and precision instrumentation in Daedeok Special District at a world-class level." We will nurture Naepo New Town in Chungcheongnam-do and create a Jiangsu Special R&D Zone in the vicinity of KTX Cheonan Asan Station.”