These are the 10 tapas paradises in Spain

It is one of the most deeply rooted traditions in Spain, and also one of the most famous among those who visit our country. We are talking about tapas, which has become an everyday thing, in 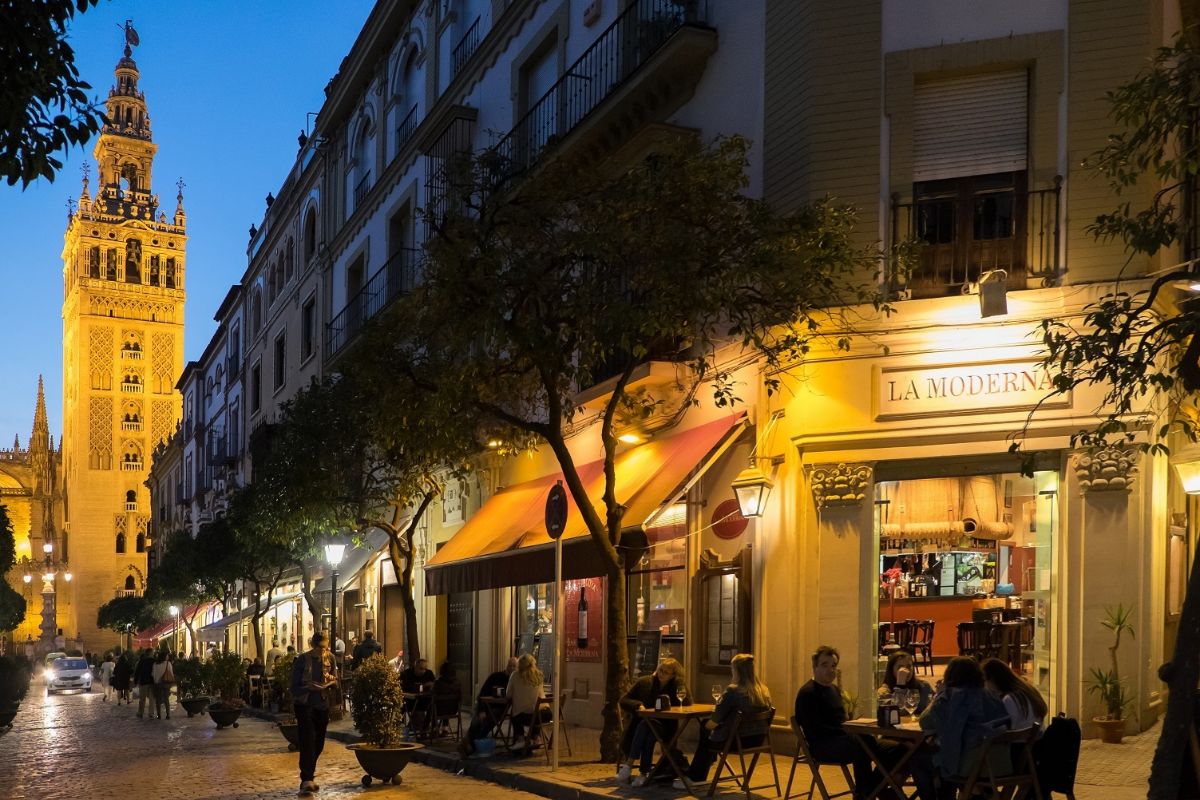 We are talking about tapas, which has become an everyday thing, a way of life, of socializing and enjoying gastronomy.

, proposed to be Intangible Heritage of Humanity by Unesco, is mandatory especially in some cities, which have entire streets and neighborhoods full of establishments in which the pincho is king.

Holidu, the vacation rental search engine, has just published a study to establish which ones are the best to go for tapas.

To do this, it has analyzed the provincial capitals with more than 30,000 inhabitants, in which more than 200,000 elements have been taken into account (among them, how many bars classified as 'tapas' had, the average score higher than 2.0 of the users and the number of reviews in the Google profile of each establishment).

According to these parameters, these are tapas paradises in Spain.

Among the countless treasures of the Andalusian capital is its gastronomy.

The neighborhoods of Triana, Santa Cruz or La Judería have numerous inns and bars perfect for tapas, including gazpachos, cold creams, fried fish, flamenco eggs, oxtail ... Nor can they be missing on any route tapas from Seville are the montaditos de pringá or the dogfish in adobo sauce.

Granada is one of the cities of reference in the art of tapas.

The best areas to savor them in the center are Navas Street, Elvira Street or the surroundings of Plaza Nueva.

Vegetables from the Granada plain, meats from the Sierra Nevada or fish from the Motril coast star in succulent dishes that no one can give up, mainly because when ordering a beer or a wine, a totally free tapa is always served in this town.

Bites of roasted ham, croquettes, Russian salad or meat in sauce are some of the local stars.

What better plan to recover from the pilgrimage to Santiago than by trying the exquisite local cuisine, without straying too far from the Cathedral?

Here, the tapas are also free with the drink.

Skewer of slightly curdled tortilla, pork ear cooked with paprika, empanada, portions of octopus, seafood or a toast of chicharrones (local specialty of shredded pork) can be good options, along with a good glass of Albariño.

You cannot visit Cádiz and not fall for the cuttlefish, the red tuna, the shrimp omelette or the mackerel with piriñaca, protagonists of the local tapas.

The old town and its surroundings are good places to start the route.

Located between the sea and the mountains, the capital of the Costa del Sol offers countless places to practice tapas.

Strolling through its historic center or the maritime area, where a varied range of leisure and gastronomy is offered, is the most advisable way to taste its fantastic tapas and rations: fried fish, Malaga salad, Malaga pipirrana, loin montadito and, especially now, the sardine skewers.

Around the monumental jewels of Salamanca there are recognized places where going for pinchos is the most common among locals and visitors.

Sausages, such as Iberian ham or chorizo, star in the dishes;

also the stirred potatoes with torreznos, the quail egg toast with farinato, the roasted jeta ...

The imperial city has a deep-rooted tradition in tapas, in which there is no lack of cabbage from Ludeña (bread with changurro), grilled octopus, Bomba del Trébol (potato stuffed with meat and covered with ali-oli and sauce tomato) or the Iberian skewer.

Simple and traditional recipes make up the gastronomy of Almeria.

To try it in small bites, it is essential to walk through Real and Jovellanos streets, in the historic center of the city.

With a cuisine closely linked to the garden and the products of the sea and the land, it is not surprising that among its tasty typical tapas the roe in vinaigrette, grilled octopus, soak of San Antón (cold potato salad, egg , tomato and olive), grilled marlin (swordfish) or potatoes a lo poor.

How could it be otherwise, the most requested snacks in the bars, bars and restaurants of the Galician city: octopus, empanadas and lacón, in addition to seafood rations.

The ranking of the top ten is closed by the capital of the Rías Baixas, a small and stately city with a beautiful old town and a multitude of small bars that populate its squares and alleys.

Its famous oysters, cockle empanadas or lamprey are the most requested in bars and restaurants.

But also the pork and veal meats, arriving from the interior of the province, complete its gastronomic offer in tapas.

To carry out the study, Holidu has extracted from the Google Maps database the establishments that rate themselves with the tag "tapas", with an average score greater than 2.0 and with more than 10 reviews on their Google profile.

In addition, other data were included for each of the cities, such as the number of establishments, the population density per establishment, the search volume for the concept "tapas in + (city)" and the average price of a menu in said city. .

As a result, a normalized score from 0 to 10 is obtained, the place from which the ranking is obtained.

The final interview Manuel Villanueva: "In Spain it is already difficult to find a bad wine"

Gastronomy The Mercado de los Mostenses, an oasis for Peruvian cuisine in the heart of Madrid

Gruyéres, the fascinating Swiss town whose fame goes beyond cheese