"I came to the car because it was too hot"... Incheon apartment 6 hour blackout

We will inform you of incidents and accidents. Last night there was a 6 hour power outage in my Incheon apartment. Hundreds of residents had to suffer in the tropical night. 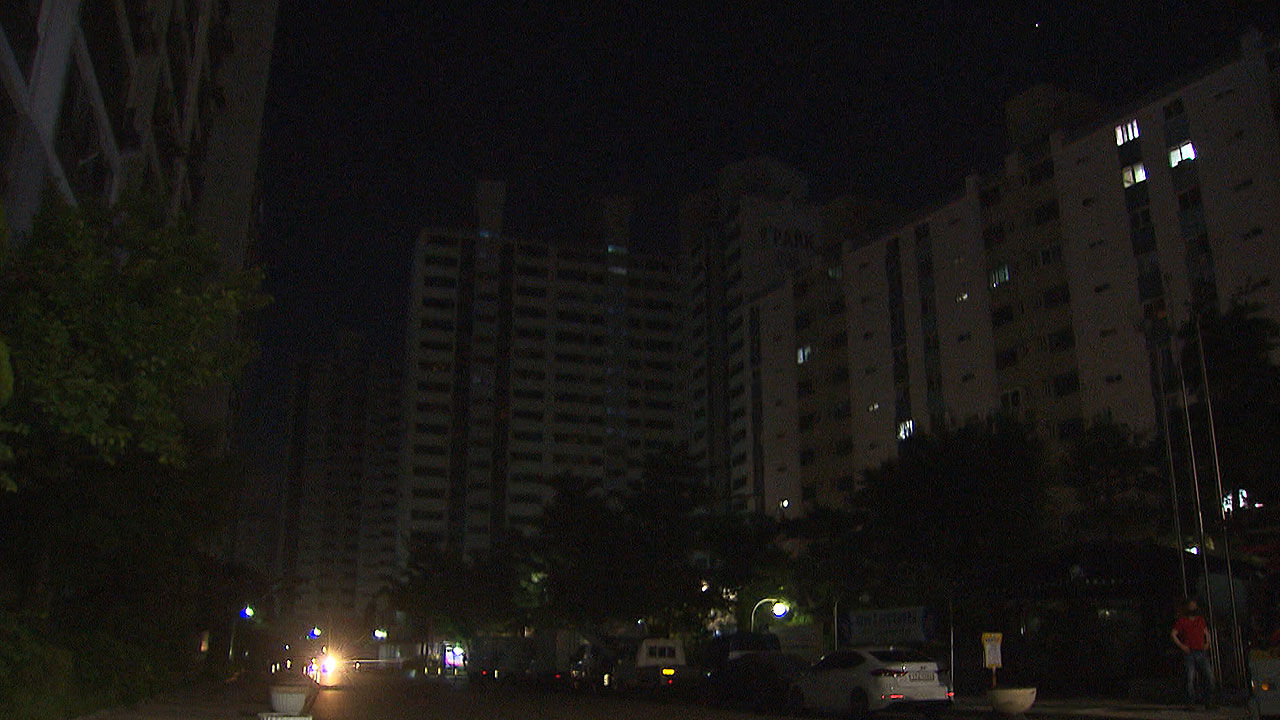 inform you of the incident and accident. Last night (21st), there was a power outage for 6 hours at my apartment in Incheon. Hundreds of residents had to suffer in the tropical night.

was early in the morning to go to bed, but quite a few people gathered around the apartment management office.

At around 8 o'clock last night, the electricity supply was cut off in an apartment complex in Ongnyeon-dong, Incheon.

There was a power outage in 5 out of 9 buildings, and the number of affected households reached 590.

Residents were unable to sleep at night without even turning on the air conditioner in the sweltering tropical night.

[Apartment resident: It's too hot, so I'm in the car with the ignition on now. (The car has an air conditioner.) That's right.]

[Apartment resident: Some people say there are priests today. They also protested because the food was out of whack... .]

KEPCO explained that the power outage occurred due to the breakdown of the circuit breakers in the old apartment complexes due to the surge in power consumption in the heat.

After restoration work for temporary transmission was carried out, power supply resumed around 2 am after 6 hours.

At around 0:20, even in some households in an apartment in Goyang-si, Gyeonggi-do, the power supply was cut off due to more than its own facilities.

Earlier, at around 6:40 pm last night, a fire broke out in a house on the 12th floor of an apartment building in Jamsil, Seoul, and was extinguished in about 40 minutes.

About 50 residents were divided into the first floor and the roof to evacuate, and one male in his 50s was taken to a nearby hospital after inhaling smoke.

The fire department believes that the fire started from the air conditioner installed in the living room and will investigate the exact cause of the fire.