To flirt, be unfaithful or get carried away: the dating apps are fuming this summer

"This summer 2021, between the post-pandemic, vaccination and the desire to go out and interact, the use of dating applications is experiencing a boom." This is how Silvia Rub sums up 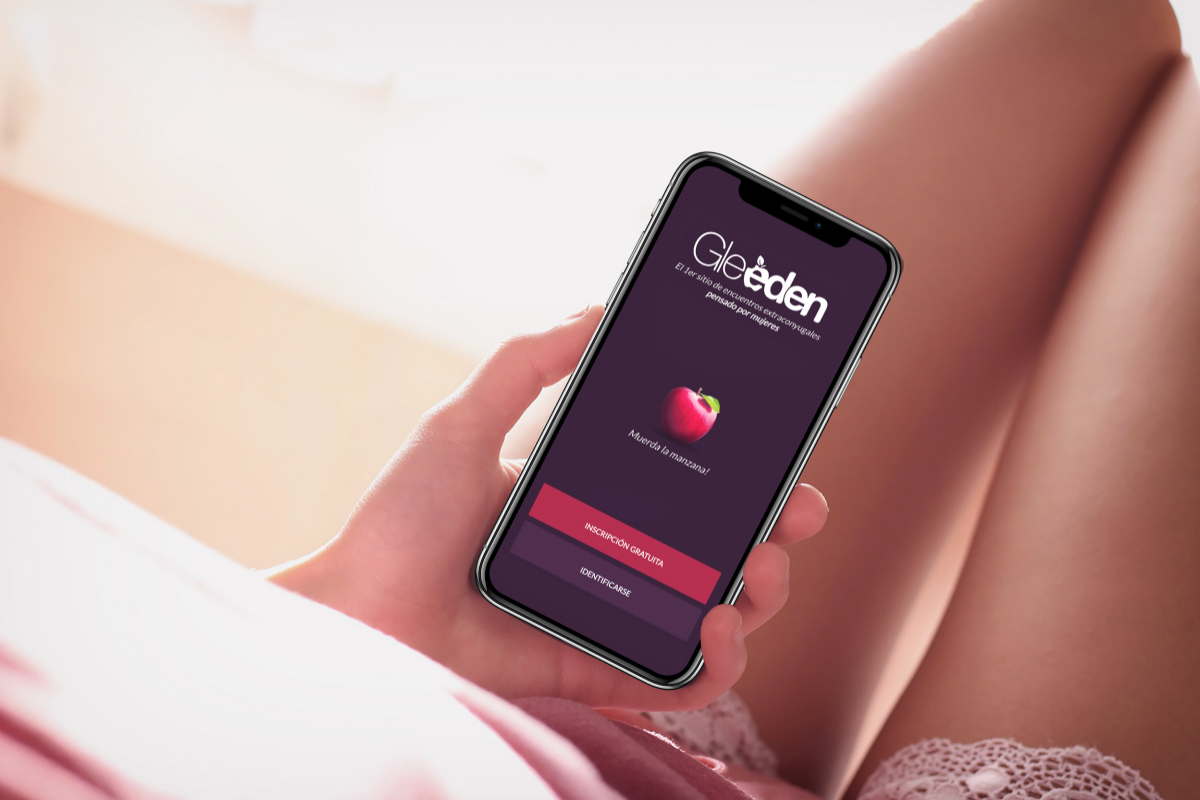 "This summer 2021, between the post-pandemic, vaccination and the desire to

the use of dating applications is experiencing a boom

the arrival of the hottest season at her company. But it is not something that they notice only on the world's leading platform for extramarital encounters designed for women.

, founder and CEO of Kiki, also notes how the desire to stay is increasing. "

A video call for a Nordic may be fine, but not for a Colombian or a Spaniard

", explains the promoter of the first social network that promotes the experiences in the real world of its users, shortening the virtual relationship time between those related to the use of the

: the requestor of an appointment pays to guarantee the encounter, and if the recipient accepts, they can earn 70% of those coins to use them in different establishments.

In June we have broken a turnover record

. And this month it will be surpassed last month. You can see both the summer and the last blows of the pandemic that have been good for us. It has been a boom for all companies focused on the digital world "explains Ferrari.

"In the pre-Covid years, summer, due to family vacations, used to be a lazy time. Users and people in general find it more difficult to connect and interact. Instead, September used to be a peak month, After spending so much time with your partner and children, stress ... it seemed that September was a time of relief. Now,

due to the lockdowns and the pandemic, the panorama has changed, the summer of 2020 were the highest months for Gleeden in in terms of number of registrations and connections

. This was due to the fact that the rules were relaxed, like this summer of 2021, and that together with the vaccine and the desire to interact and have a normal life again, is making it a good season, l

The platform has registered

a 200% increase in activity in recent weeks

According to an internal survey, 81% of users have stated that they feel reassured knowing that the majority of people are already vaccinated.

70% say they have received at least one dose of vaccine, which makes them start to feel ready to meet new people.

The pandemic has increased, and even forced, the time of coexistence between couples, which has generated great tensions.

in the past months

in person as soon as possible

Curiously, events such as the Eurocup have helped these figures.

, while 65% of men said they would stop watching football for a date.

In fact, women's sign-ups on Gleeden have risen 46% since the start of the soccer championship and in Spain-Croatia, female connections rose as much as 84%.

"We have always been

staunch defenders of meeting in person, that not everything is messages in the chat

. Our studies of other applications indicate that there is a high failure rate, that it does not stay. That is why we take measures such as

shortening the use of the Two-week chat. That way you accelerated the desire to meet in person, which in the end is what we all want: the physical meeting

Despite the confinement, the company remained on its principles: no video calls. "We knew something would show up," explains this entrepreneur forged in San Francisco. "And in the end the vaccine arrived. Our market is Spain and Latin America. And we are people who need humane treatment," he says. That is why they have re-implemented the limit of two weeks of chatting and are

the possibility that each user

. This would be in addition to its security improvements to prevent photos uploaded to the platform from being

, as has happened with other companies in the sector. "

All of these are measures to endorse that we are safe. Because if you are in an application to meet people, what you want is to meet real people

. That's why to register you have to take a

. And since more than 50% of the users of the networks assure that they lie on it, in the future we will study asking for the DNI ", he adds.

And as Kiki's initial goal "is not

", they also have implemented an SOS button that connects directly to the national emergency number. Everything so that members of

are encouraged to meet close people (the app has an action ratio of 60 kim).

. That is why we have intensified the encounters of experiences with people

close. The coffee thing is left behind or go to the park and experiences are proposed:

go for a run, went to the cinema to see such a movie because you're an anime geek and the app brings you together with people with those tastes ...

"In Loverfans we are doing very very well in this year 2021.

More than 14,000 content creators and 200,000 clients entered. We tripled our turnover and we are now the leading company in Spain

. We are super happy", confesses Pablo Ferrari, who apart from leading Loverfans has served in various roles in the world of adult entertainment as an actor and director.

"We have been operating for a year and a half.

It so happened that we opened a month before the pandemic

. Currently in Spain we are number one and, in Latin America, the largest."

Ferrari maintains that they are "the new era of social networks." "In conventional platforms, everything is free: people put their videos and their experiences but they do not monetize.

We are a social network exactly the same, but with the difference that you can monetize. We are an evolution, version 2.0

. In addition, the Language is not

than our direct competition, Onlyfans. It allows us a direct interaction between fans and creators of Spanish-speaking content ", he reflects.

In a future where advertising is less, "the

go after the figures, not the platforms. And we rely on that," he points out. At the moment, in Loverfans

. And when it comes to billing, the data is encouraging. "There are still cracks in the restrictions, there are people who do not go out, but there is also more joy. You can feel both the summer and the last blows of the pandemic, which, in business terms, has been very good for us. boom for all companies that are focused on the digital world. Because, at the end of the day,

people who are at home pull it to have fun, to free themselves,

ReviewSony WF-1000XM4: the only bad thing about them is the name

EcologyGaming's outstanding debt to the environment: it consumes more than 5 million vehicles