'Gene registration' with a straw heart... Family reunited after 62 years

A woman in her 60s, who lost her way a long time ago when she was 4 years old and was desperately looking for her family after disappearing, was reunited with her older brothers for the first time in 62 years. Reporter Ha Jeong-yeon tells the story that the family was able to meet again after registering genetic information with the police a while ago. 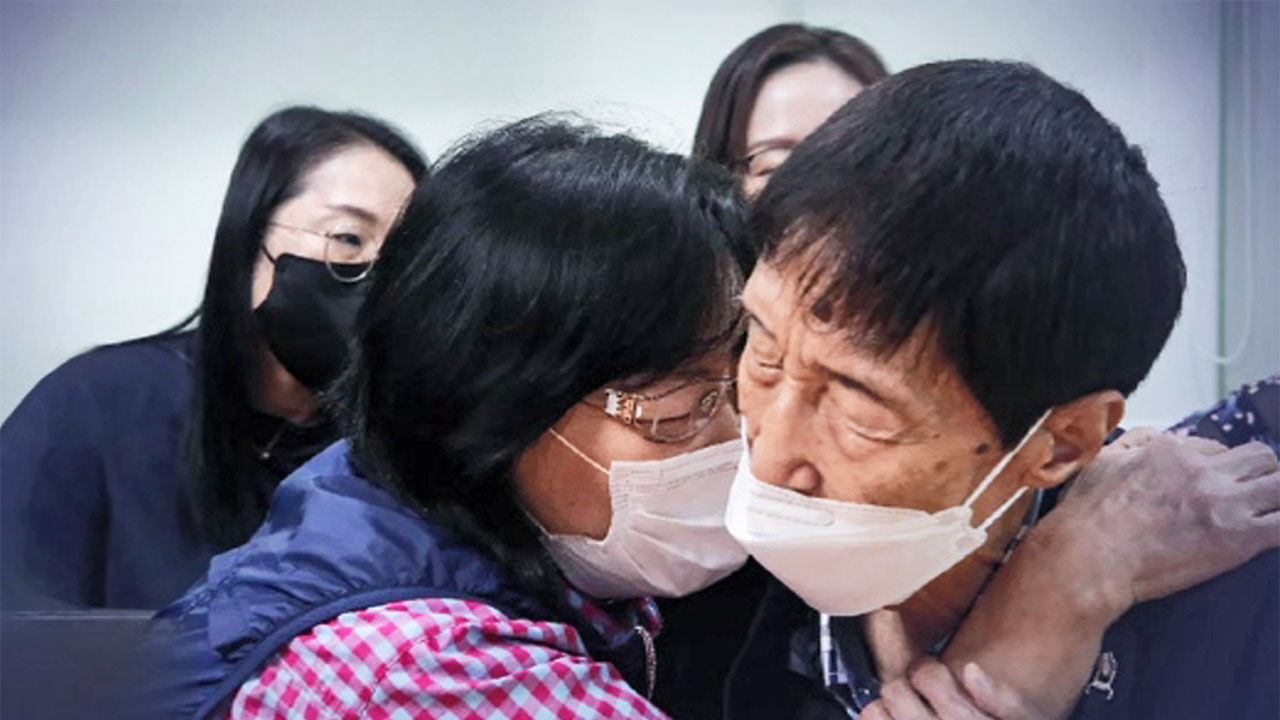 woman in her 60s, who lost her way a long time ago when she was 4 years old, and was desperately looking for her family, reunited with her older brothers after 62 years.

Reporter Ha Jeong-yeon tells the story that the family was able to meet again after registering genetic information with the police a while ago.

older brother: It's the

same as I was when I was young, just as I thought.]

[Jin Myung-sook: Oppa, thank you for looking for me. Thank you, brother.]

66-year-old Jin Myung-suk lost his brother's hand in 1959 when he was 4 years old near Baedari Market in Incheon.

After that, for 62 years, I lived in longing for my family.

After going through an orphanage, I was adopted by a nun, and took the surname of Sister Saint.

My little brother, who lives in Canada, stares intently at his younger sister in disbelief.

[Jin Myung-sook: Is that Canadian oppa? brother! Why don't you have any heads here?]

[Jin Myung-sook: If I had a string hanging around my waist then, I wouldn't have lost it. Shake hands, oppa, I love you.]

Jin registered his gene with the police two years ago with the feeling of catching straw.

Fortunately, my younger brother had registered genetically before emigrating to Canada in the hope that one day he would find his younger sister.

And last March, the results showed that they are likely to be family members.

Additional analysis was needed for an accurate identification, but the brother's gene was sent to Korea through the consulate-general in Vancouver, and a dramatic reunion took place when it was confirmed that they were real siblings.

[Jin Myung-sook: I was told that the police officer found my brother. When I met that there were two oppas, I said, 'Oh, then I also have an older brother... ']

[Lim Hee-jin / Chief of Children's and Youth Division, National Police Agency: Actually, after 30 to 40 years, all faces change, so we have no choice but to find them by genetics. Last but not least, it is a system you can look forward to, so I want it to be widely publicized... .] The

police have been running a genetic analysis system since 2004, which has helped more than 700 missing people to meet their families.