[Dongshik hyung, it was a short meeting, but it was precious. Please don't forget me and our rescue workers too.] The funeral ceremony for rescue team leader Kim Dong-sik, who died at the scene of the fire at the Coupang distribution center, was strictly observed today. 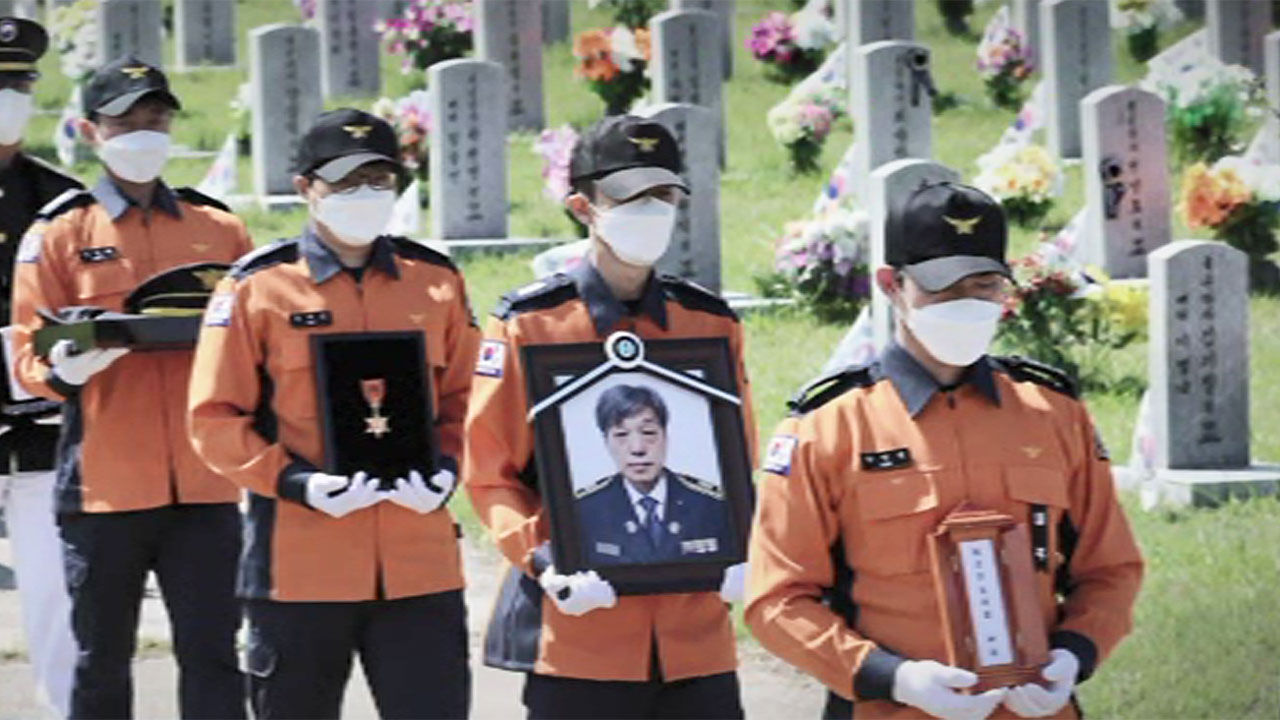 [Dongshik hyung, it was a short meeting, but it was precious. Please don't forget me and our rescue workers as well.]

The funeral ceremony for

leader Kim Dong-sik, who died at the scene of the fire at the Coupang distribution center, was held today (21st). Everyone prayed that the veteran firefighter, who always took the lead in dangerous places for the safety of others, could now rest in peace.

Firefighters with coffins wrapped in Taegeukgi enter the gym according to the command.

A funeral ceremony was held at the fire site of the Coupang Deokpyeong Logistics Center in Icheon-si, Gyeonggi-do.

[Shin Yeol-woo/Chief of the Fire Service: Everyone will remember the deceased who always showed strong courage on the journey to a safe Republic of Korea.] About

90 people including the bereaved family and fellow firefighters attended the funeral to pray for Kim's well-being.

Gyeonggi Province recognized Captain Kim for his achievements and gave him a special rank from the fire police to the fire department and awarded him a medal.

The bereaved family could not hide their sadness throughout the funeral ceremony.

[Kim Soon-suk/Higher Kim Dong-sik Alumni: I have loyalty and a strong sense of medicine, so I studied until the end, certifications and this and that, and managing dangerous goods (certificate of technicians) Even if we went to a mountaineering club together, we couldn't do it, or taking care of those friends and protecting them together... .]

Uncompromising rigor when it comes to safety principles.

Captain Kim remained in the hearts of his juniors as a senior who firmly held his professional spirit as a firefighter.

[Ham Jae-cheol / 3rd Team Leader of 119 Rescue Team, Gwangju Fire Station, Gyeonggi-do: The captain's (firm safety-related) principles and thoughts did not change, but he confessed to the captain that 'my thoughts that seemed unlikely to change have changed according to the captain's thoughts'. .]