First visit to Coupang Logistics Center after three days of fire... downgraded to 1

The fire that occurred on the 17th at the Deokpyeong Logistics Center in Icheon, Gyeonggi-do, Coupang was first extinguished this afternoon, the third day. The second level of response, which was issued on the day of the fire and maintained until today, has also been downgraded to level 1. 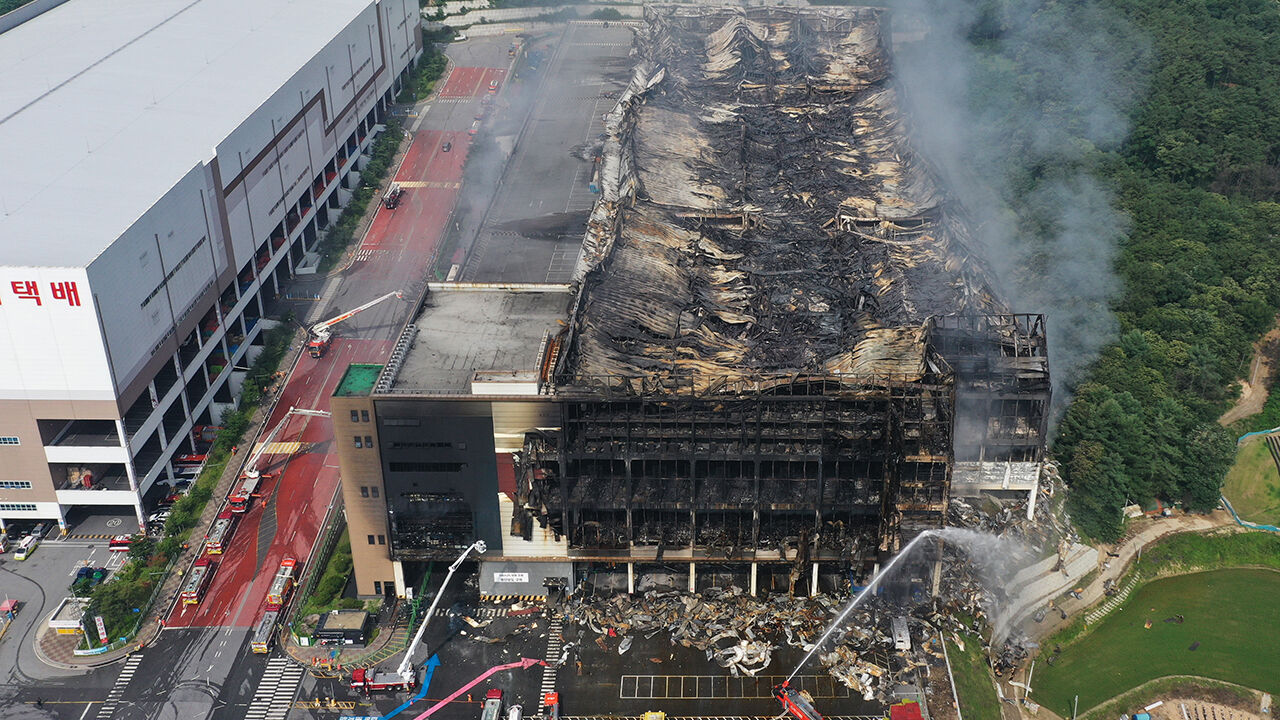 In the afternoon of the 19th, the third day of a fire that occurred on the 17th at the Deokpyeong Logistics Center in Icheon, Gyeonggi-do in Coupang, a large flame was caught and the first was extinguished.

The second level of response, which was issued on the day of the fire and maintained until today, was also downgraded to level 1.

According to the fire department, the logistics center where the fire broke out was first dispatched at around 12:25 pm today, so the fire can be controlled and there is no concern about the spread of combustion.

In addition, the fire department determined that the flames at the fire site had been reduced and the risk of collapse was eliminated through the results of the previous safety inspection.

Meanwhile, at around 10:40 am today, the remains of one body, presumed to be Kim Dong-sik (52), the rescue team leader of the 119 Rescue Team of the Gyeonggi Gwangju Fire Station, who entered the building when the fire broke out on the day of the fire and could not get out, was distributed after 47 hours of disappearance. Found on the 2nd basement floor of the center building.

The fire department transferred the remains of Captain Kim to the nearby Icheon Hospital.

The fire started on the second floor of the building on the 17th at 5:20 am on the 4th floor and the 2nd basement floor, with a total floor area equivalent to the size of 15 soccer fields.

The scene of the first spark from an outlet installed above the shelf of the shelf in the warehouse was recorded on CCTV, and it is presumed that the fire was caused by an electrical factor.