Yesterday morning at the Coupang Logistics Center in Icheon, Gyeonggi-do, the fire has not been extinguished until the end of the day. One firefighter who went in to put out the fire and did not get out is still unreachable. 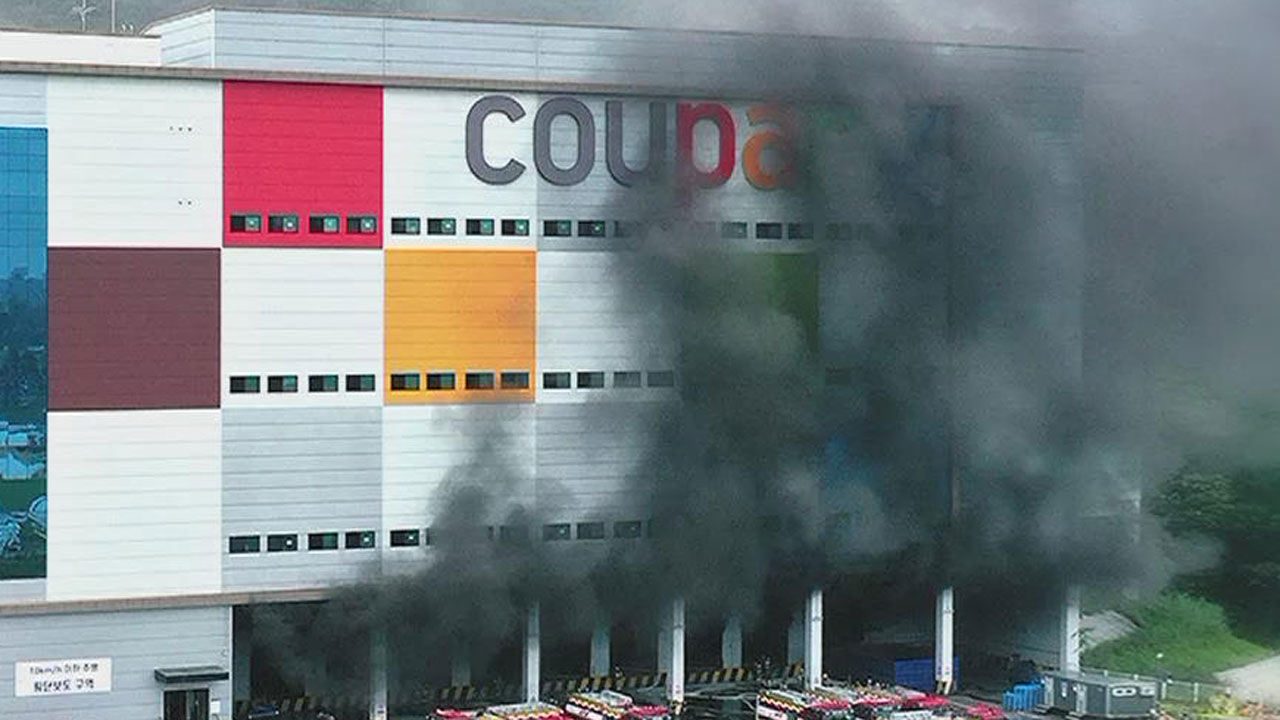 Yesterday (17th) at dawn at the Coupang Logistics Center in Icheon, Gyeonggi-do, the fire has not been extinguished even until the end of the day. One firefighter who went in to put out the fire and did not get out is still unreachable. Connect with on-site reporters.

Reporter Kim Hyung-rae, the firefighter is worried, but what is the situation now?

fire that blazed fiercely three or four hours ago has been extinguished to some extent, but you can still see black smoke and red fire.

The exterior of the building has been torn off, and explosions continue to be heard inside.

Evolution work has been going on for nearly 19 hours.

The fire department believes that there is a high risk of the iron pillars melting and part of the building collapsing.

The fire started on the second basement floor of the warehouse building at around 5:30 a.m. yesterday, but during the firefighting process, the fire suddenly grew stronger and one firefighter could not get out.

Contact has already been lost for 13 hours, but the search has been stopped due to concerns about the collapse of the building.

I wonder why the flames are not extinguished until the end of the day.

The biggest problem is that the building is filled with flammable boxes and plastics due to the nature of the warehouse.

In particular, the fire department explained that the fire spread widely as parcels piled up on the upper shelf on the second basement floor, where the fire started, poured into the place where the embers were.

Authorities also said earlier that there was a report that the sprinkler in the building malfunctioned frequently and delayed the operation, saying that they are checking whether the initial operation is in place.