The price of 30 eggs in the market these days is around 10,000 won. Compared to a year ago, it has doubled. This is because, as the number of chickens laying eggs decreased due to highly pathogenic avian influenza, the egg supply also decreased. 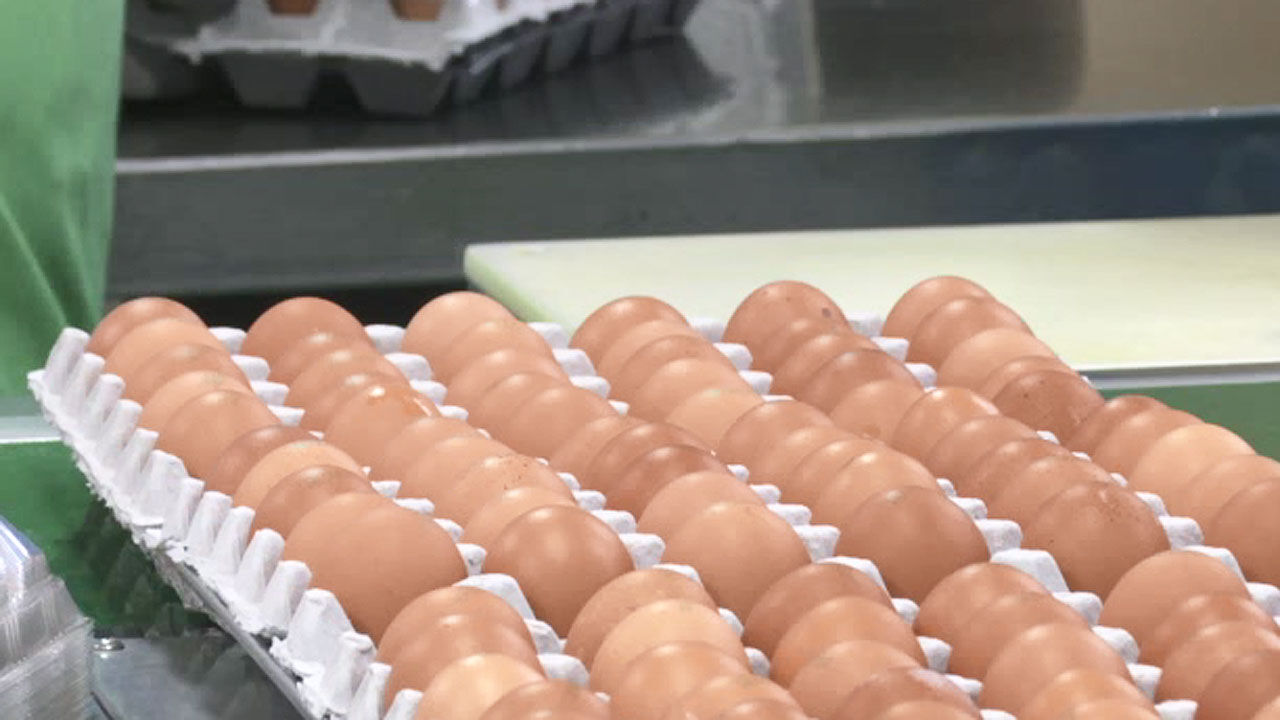 price of 30 eggs in the market these days is around 10,000 won. Compared to a year ago, it has doubled. This is because, as the number of chickens laying eggs decreased due to highly pathogenic avian influenza, the egg supply also decreased. The government has also imported eggs from abroad in a hurry, but the price has not fallen for the fifth month. In the current state, it is said that it will not be easy to catch eggs even after the Chuseok holiday.

The scene was covered by reporter Song In-ho.

event to promote egg consumption in a large supermarket in Seoul is in full swing.

The special eggs that the government subsidizes 20% of the price of eggs run out quickly, and most eggs cost around 10,000 won based on 30 eggs.

[Consumer: Since there are two people in our family a day, we eat three or four. It is physically expensive.] The

government is bringing in tens of millions of imported eggs to catch the soaring egg price, but it has not stopped the high-flying march.

Egg distributors buy local eggs even at a premium, but the quantity is not enough.

This is a sorting warehouse for eggs collected from the laying hen farms. Normally, it should be full of about 30,000 eggs, but as you can see now, it is only about 3,000, which is about a tenth.

This is because 16 million laying chickens have been culled since November last year due to the spread of highly pathogenic AI.

Of the total 187 slaughterhouses, 43% started breeding again, but only a few have returned to normal, so few farms still produce eggs.

[Yoo Jae-ho / owner of preventive slaughter (Hwaseong, Gyeonggi-do): About half of the total sheep were stocked. For eggs to come out, the first eggs start to appear between 150 and 180 days after birth in mid-September.] Some

farms are coming out to close the farm as the AI ​​takes responsibility and cuts the compensation and the payment time is delayed.

Low pathogenic avian influenza returned to the farms that escaped slaughter, and even the production decreased.

[Kwon Ik-seop/Director of Edible Egg Sorting and Packaging Business Association: It takes at least 6 months from raising chickens to spawn, but at least in winter, I think the production shortage will be somewhat resolved.]

Egg supply disruption is expected to last until after Chuseok As the industry observes that the possibility is high, it is urgent for the government to come up with effective countermeasures.