Airbus-Boeing conflict: EU and US bury the hatchet

The European Union and the United States announced Tuesday a five-year truce intended to settle the old conflict between Airbus and Boeing which is poisoning their relationship, a tangible sign of an appeasement between… 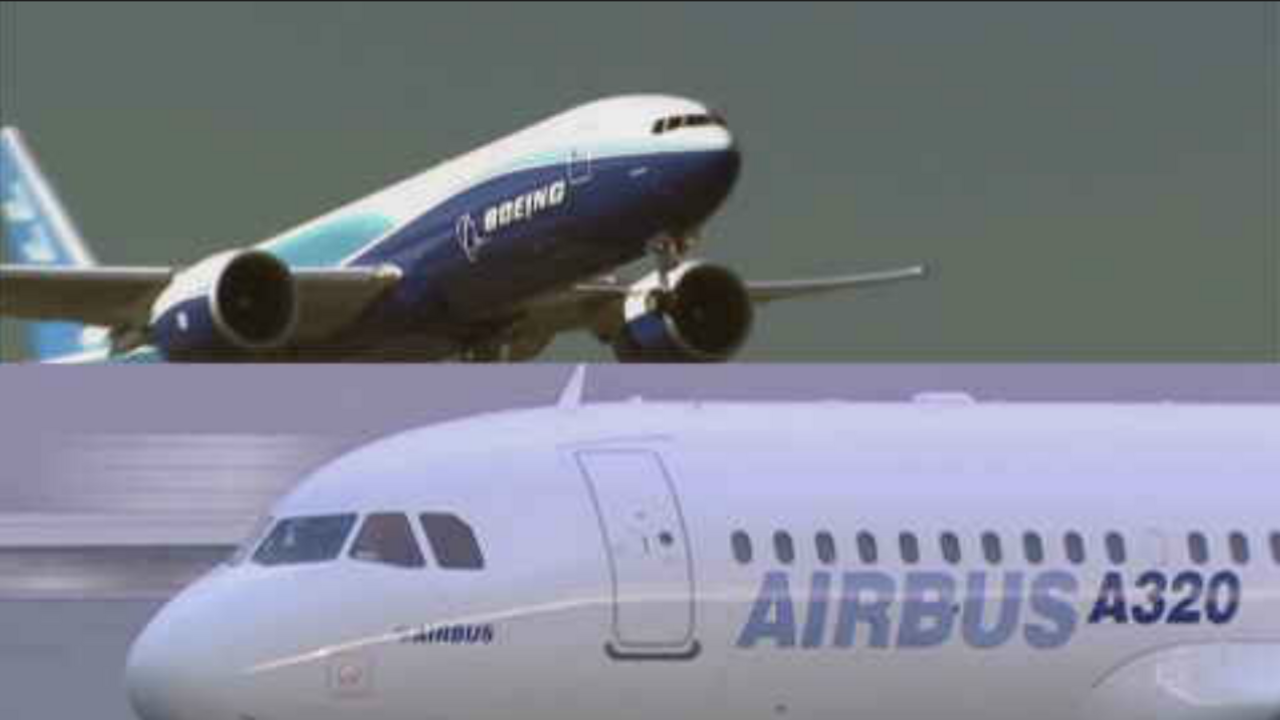 European and American officials confirmed on Tuesday (June 15th) that an agreement has been reached between the EU and the United States to resolve their dispute over illegal subsidies granted to aircraft manufacturers Airbus and Boeing.

"The meeting started with a breakthrough on planes (...) We jointly decided to resolve this dispute. Today, we kept our promise," said European Commission President Ursula von der Leyen, after the arrival of Joe Biden in Brussels - the US president is attending an EU / US summit, the first such meeting since 2017.

The meeting started with a breakthrough on the aircraft dispute.

Today we move from litigation to cooperation.

We are ending the longest trade dispute in the history of the WTO.

"This agreement opens a new chapter in our relationship because we are moving from litigation to cooperation on aeronautics, after 17 years of dispute," she said. The two parties have agreed to suspend for five years the punitive tariffs motivated by this dispute, explained US Trade Representative Katherine Tai.

The United States intends to rally the EU in their standoff with China and use this summit to appease a transatlantic relationship damaged by the Trump years. "Instead of fighting one of our closest allies, we finally find ourselves together facing a common threat," said Katherine Tai, confirming the extension of this truce, decided in March and which was to expire in July. "It is an example to face other challenges, like that of China," she added.

The decision of the European Union and the United States creates "the conditions for fair competition" between the two aircraft manufacturers, Airbus said on Tuesday.

It allows "to avoid customs tariffs which harm everyone and only add to the many challenges facing our industry," said a spokesperson for the European manufacturer.

"America is back. It is in the absolute interest of the United States of America to have a great relationship with NATO and the EU," said Joe Biden, when he - here was greeted with big smiles by Mrs von der Leyen and the President of the European Council, Charles Michel.

The agreement allows Joe Biden, on the eve of his summit with Vladimir Poutine, to show "that the United States and Europe are united".

Washington and Brussels have been opposed since 2004 before the World Trade Organization (WTO) over illegal public aid paid to their two aircraft manufacturers.

Under the Trump administration, Washington was authorized, in October 2019, to impose taxes on nearly 7.5 billion dollars (6.8 billion euros) of European goods and services imported each year, to the tune of 25 % for wines and spirits, and 15% for Airbus aircraft.

The WTO had allowed Brussels to put in place taxes on products imported from the United States.

The EU has since imposed tariffs on $ 4 billion in US exports.

The French Minister of the Economy, Bruno Le Maire, welcomed a "good agreement" and called for "definitively concluding" this dossier.

"This is excellent news for French and European companies", reacted the French Minister of Foreign Trade, Franck Riester.

These trade sanctions "have only made losers. The skies are finally clearing up. This is excellent news for thousands of Europeans and American companies who had been trapped in this conflict," said the Conservative MEP Christophe Hansen, spokesperson for his group on international trade.

Beyond the Airbus / Boeing conflict, the EU and the United States are still at odds on a series of other issues, notably that of European steel and aluminum exports - the EU would like its settlement. here December.

Joe Biden wants "to defuse trade disputes in order to focus on his priority, China," said Eric Maurice of the Schuman Foundation.

As for the Europeans, "they will seek to know what their leeway is in this alliance against Beijing. There is an agreement between them not to align themselves completely, for geopolitical reasons on the French side and economic reasons on the German side," adds he does.

If Europe is trying to protect its large market from unfair competition from Chinese companies, it must also spare a power that has become its main trading partner.

Brussels has not renounced the controversial agreement concluded in December with Beijing, the objective of which is to open up to European investors sectors which had hitherto been closed or restricted.

That deal is currently frozen after sanctions taken by the EU to condemn violations of Uyghur rights - steps followed by Beijing counter-sanctions.

The EU and the United States are also closing ranks against Russia, which they accuse of attempts to destabilize Ukraine and Georgia, two neighboring countries tempted by a rapprochement with the Europeans.

Americans and Europeans say they are "ready to respond firmly to the repetition of negative behavior and harmful activities" in Moscow, according to a draft joint declaration.