The reason the government is able to come up with a reorganization plan for social distancing in which quarantine guidelines are relaxed is because vaccination is accelerating. One in four Koreans completed the first dose of the corona vaccine 109 days after vaccination started. 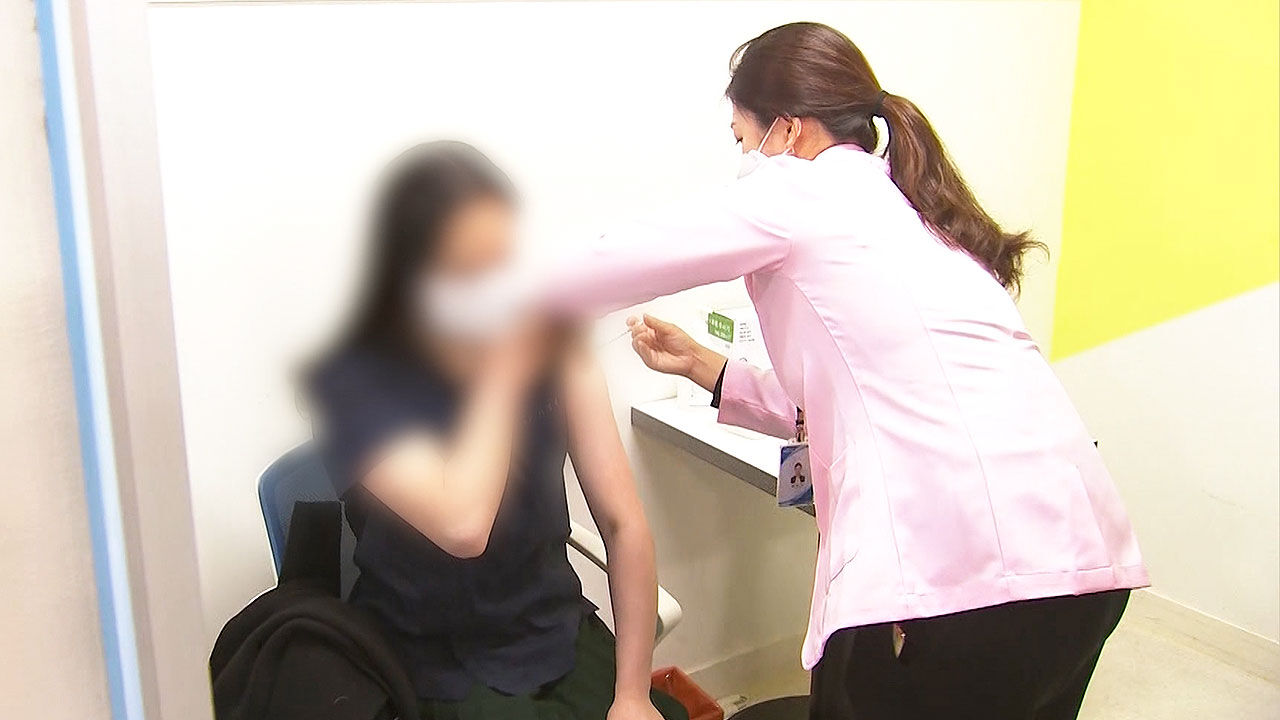 reason the government is able to come up with a reorganization plan for social distancing that has relaxed quarantine guidelines is because vaccination is accelerating. One in four Koreans completed the first dose of the corona vaccine 109 days after vaccination started. It's faster than France or Germany. However, the risk of infection remains. Today (16th), the number of new corona patients is expected to be in the mid-to-late 500s as the effect of the decrease in the number of weekend tests disappears.

The first person to be vaccinated in Korea was the director of a children's rehabilitation hospital who received the AstraZeneca vaccine at the end of February.

80% of the hospital's medical staff, including the hospital director, completed the second dose.

[Kim Yun-tae/Director of Nexon Children's Rehabilitation Hospital (Korea's No. 1 vaccination): Although it was inevitable to be passive, any more active treatment or service could be provided.] At the

beginning of the vaccination, the vaccination rate increased, but immediately followed by a decrease in the number of new confirmed patients There was no earthquake.

The number of confirmed cases per day has decreased slightly, but it is still too early to be relieved.

However, the incidence of gastric and severe cases, particularly mortality, decreased sharply.

The average daily death toll in the last week has fallen to two.

This is due to the large-scale vaccination of the elderly and chronically ill, high-risk groups.

At one time, there was a controversy surrounding the side effects of the AstraZeneca vaccine.

In particular, the case of a nursing assistant who suffered quadriplegia after vaccination led to a national petition, and there was also an instruction from the president to compensate for the cost of treatment.

['Quadripplegia' Nursing Assistant Guardian: (Nursing Assistant) has improved a lot. Still, it was a nerve injury, so I had to treat it for over a year. From the outside, he looks fine, but his limbs are numb (symptoms remain)]

In order not to lose the confidence in the vaccine that has been regained, friendly explanations for adverse reactions and active compensation are required.

In order to achieve the first dose of 36 million people in September and collective immunity in November, it is important to vaccinate without any setbacks, and to manage quarantine according to the mutant virus and relaxation of social distancing.