The founders of Lightyear were brainstorming in a student room about five years ago. In 2021 there will be a hypermodern factory in Helmond with 150 employees and the first series of production cars is coming up. A conversation with design boss Koen van Ham (31) and strategy chief Martijn Lammers (31) about the startling solar car. 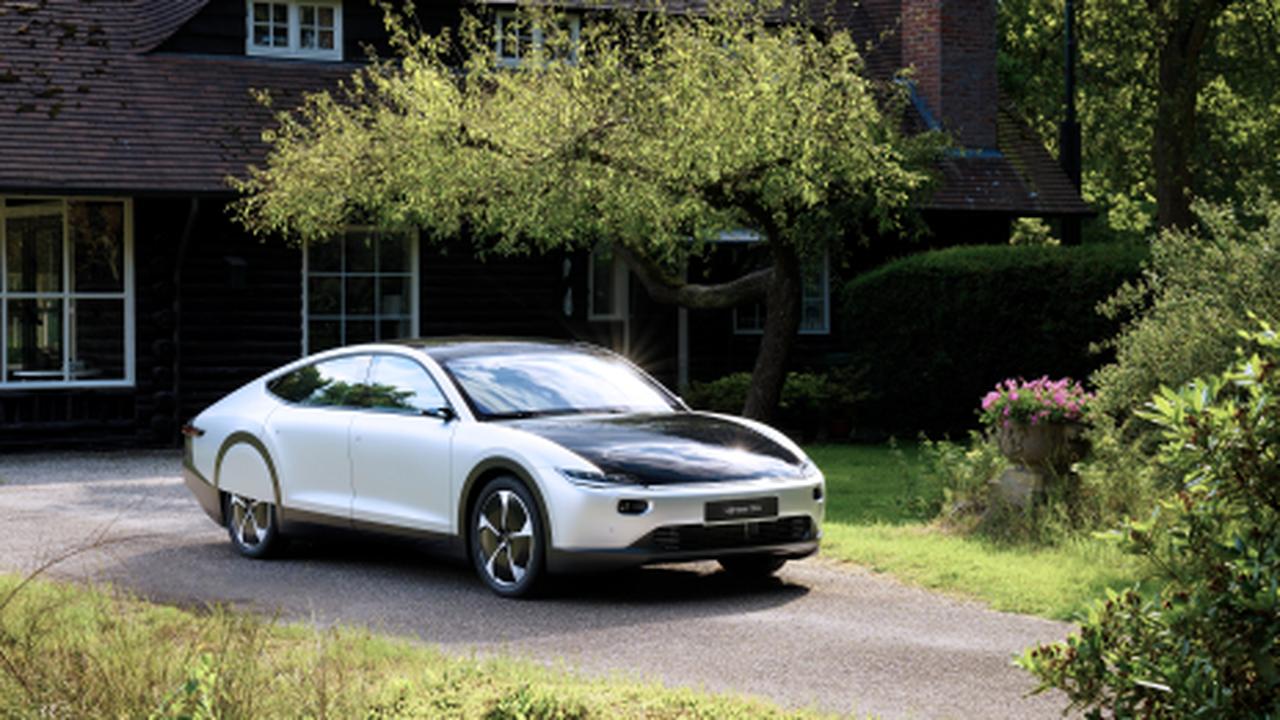 The founders of Lightyear were brainstorming in a student room about five years ago.

In 2021 there will be a hypermodern factory in Helmond with 150 employees and the first series of production cars is coming up.

The idea may seem simple, but brilliant at the same time: an electric car that gets up to 20,000 kilometers per year from solar energy thanks to a 5 square meter sunroof.

And which also sets new standards in the field of aerodynamics and four self-developed electric motors in the wheels.

The result is a family car with a range of 725 kilometers.

Now, two years later, we are close to the moment that the first customers will receive the key to their Lightyear One.

That will happen in the last quarter of this year or early next year.

Gentlemen, you know each other from the Solar Team Eindhoven, known for the solar cars that are developed by students and driven in races all over the world.

How did the idea to translate that student project into an actual car come about?

Van Ham: "That Solar car was indeed not built for sale, but when we won the Crunchies Award in America in 2015 (a kind of Oscar for technology, ed.), we were increasingly asked when the car would be on the market. would come and what it had to cost. That triggered something in me."

Lammers: "I had a similar moment when we were at a consumer fair in China. You could taste that this concept can really solve something for people in crowded cities. That they don't have to look for a charging station, but can simply use their car on the street. leave."

What have you learned from the Solar project?

Van Ham: "The basis of how you design a car, the technical architecture of the electricity and the software. But also how you work together with a team and how you develop simulations and models."

Lammers: "You also learn to make compromises. We didn't have the most aerodynamic car, not the lightest and not the optimal one for solar panels, but the way we combined those factors made our Solar car a winner."

The interior makes it clear that the Lightyear is focused on the future.

The interior makes it clear that the Lightyear is focused on the future.

The Lightyear organization has grown enormously in the meantime.

in the original founding team changed?

Lammers: "When there are five of us together, we still discuss exactly the same as when we started. We have not changed in that sense. However, all kinds of very experienced people have come on board in the meantime, who are much more knowledgeable in certain areas. You have to give them the freedom to fulfill their role. What we do most as founders still do is safeguard our initial vision: which course we are on and why? Lightyear is clearly different from Tesla, that should not be water down."

If we can look into a crystal ball, where will you be in ten years?

Lammers: "I hope that we will then be working on the Lightyear 4. That we have been able to convince many people to switch to electric driving with our model produced in large numbers."

Van Ham: "It doesn't even have to be a car. If in ten years we have launched a second product that has been completely absorbed by the market, then that seems cool. Clean mobility for everyone, that is our mission."

The full double interview with the founders of Lightyear can be found in AutoWeek 23, the issue that is now in stores.

The power of the sun