IMM Shoes, the 'luxury' shoes made by immigrants with skins discarded by the big firms

Gonzalo Soria (44) did not get along very well with books as a child. "Mathematics didn't suit me ... It was more about physical education and drawing," recalls the other on the phone. 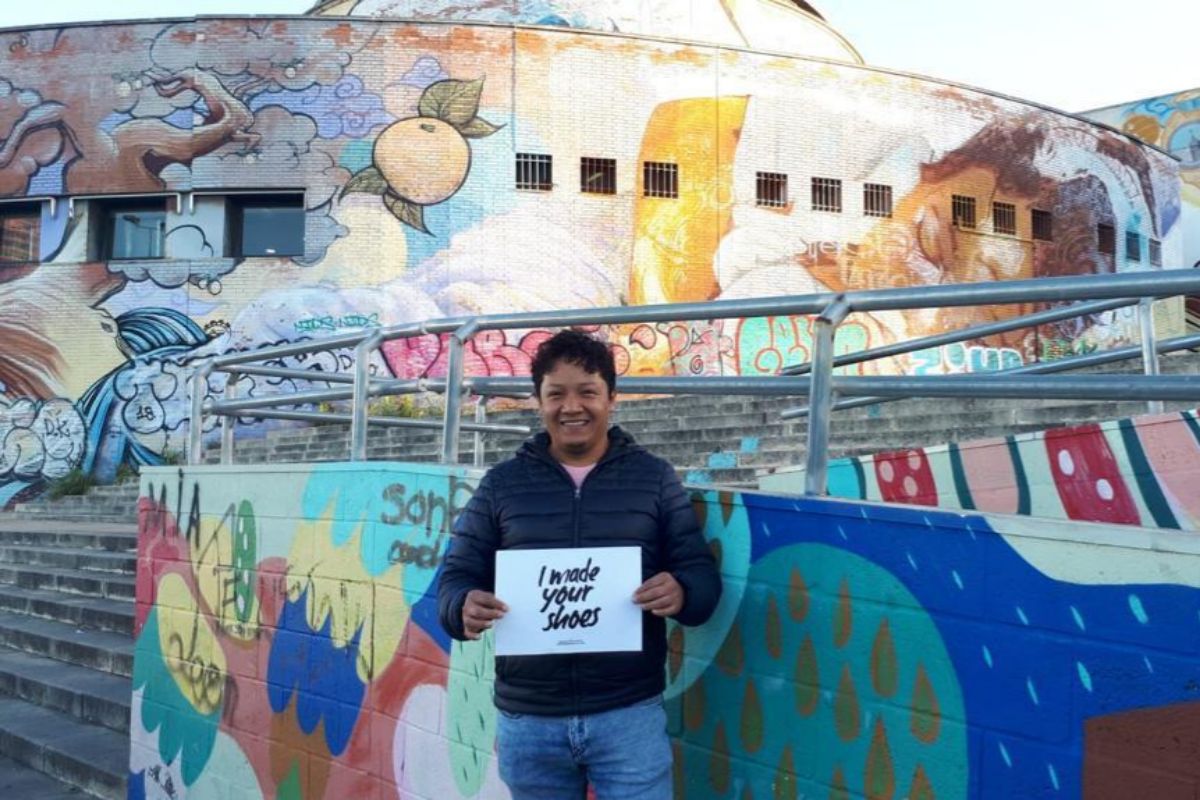 Gonzalo Soria (44) did not get along very well with books as a child. "Mathematics did not suit me ... It was more about physical education and drawing," recalls the other on the phone. At that time, his father had a shoe company in Cochabamba (Bolivia) where he reluctantly lent a hand when the suspensions arrived. There they learned the trade until

. In 2006, Gonzalo left his country for good - in 2004 he traveled for the first time but returned - and arrived in Spain with the hope of seeking a more prosperous future. As a shoemaker, he thought.

In Seville he began to look for work, without papers, and what he found was not very encouraging.

"I suffered a lot, I worked everything to survive: in masonry, in agriculture ...".

In spite of everything, he was still looking for something related to his trade, but

"I found a small workshop in Seville, I was working for a year and a half, with very bad working conditions."

The promise that they would regularize their situation made him endure, but they never kept their word.

Until his resume, which he had left at the NGO Sevilla Acoge, got into the right hands.

"My wife told me one day that they were looking for shoemakers and I couldn't believe it."

They were wanted by Belén H. Sánchez, a sociologist trained in equality issues who had also tried her luck with a wine import company in China. With this background, he designed the project that he wanted to launch on his return to Spain. "

"And he chose immigrants as the protagonists of his story." There is a lot of wasted talent among people who leave their countries and come here looking for something better. "In Seville, Acoge came to see 700 resumes. And that's how he already met Gonzalo. Rosalba Caballero, a Honduran seamstress who managed to combine three jobs in her country to raise her three children. With them she started IMM Shoes, a shoe brand - and also a way of understanding life - willing to break many prejudices. " I want immigrants and refugees to be part of the solution and not the problem. "

In this attempt to create a responsible business model, Belén also wanted the materials to respond to this concern. He toured France and Spain in his car looking for "the waste of the big brands", specifically, his shoes are made with "

the leftover certified leather from the big luxury firms

". Paris and Ubrique are part of the story. Joining Belén in this adventure is Joanne Tsai, a Taiwanese who worked at Dior and has managed to get even the LVMH group (Louis Vuitton Moët Hennessy) to donate their surplus leather to IMM Shoes.

His creations are inspired by the footwear of the Kiowa, one of the oldest aboriginal tribes in America;

the designs are signed by Lital Weizman, an Israeli living in Paris, and are sewn in the workshop in Seville.

They are shoes to be at home, comfortable, simple and that fit like a glove on the foot

"Everything is done by hand, by hand," says Gonzalo.

This month, the brand launches espadrilles.

In a few days, they put their espadrilles on sale. "We have the workshop in Caravaca de la Cruz, in Murcia, where there is a lot of tradition of this footwear", how much Belén. Rafael, a Honduran with 15 years of experience in the sector, works there. "The more shoes we sell, the more work we create," reads their motto. The profit margin is very small so far, according to the founder, who has wanted to be totally transparent throughout the process and

Belén has played everything in this project.

"It is an ethical brand from beginning to end. It is a way of doing things," he adds.

I do what I like, I have my papers and I contribute

. People have to know that we are not coming to interfere, that we have talent and desire to work":

A single, more luxurious, sustainable and fur-free Valentino from 2022

FashionMidi skirts, an alternative to dresses and jeans with the arrival of summer