In the video.. Learn about the all-new Toyota Land Cruiser 2022 specifications

The Japanese company, Toyota, recently revealed, at a global launch event, the new generation of its legendary Land Cruiser, in a model for the year 2022, which carried major changes in terms of exterior features and interior components, in addition to obtaining a new six-cylinder engine. 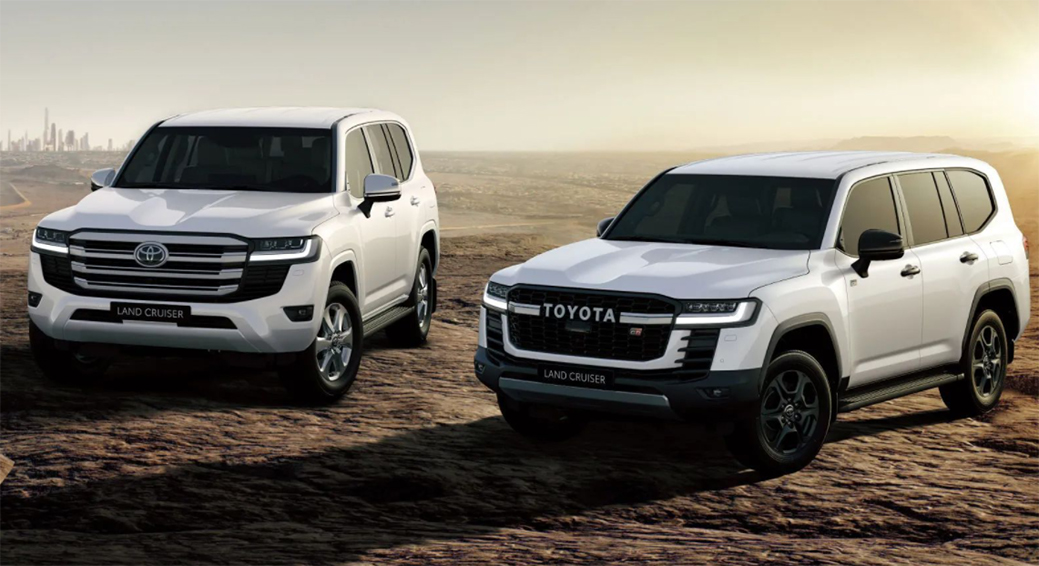 In the video.. Learn about the all-new Toyota Land Cruiser 2022 specifications

The Japanese company, Toyota, recently revealed, at a global launch event, the new generation of its legendary Land Cruiser, in a model for the year 2022, which carried significant changes in terms of exterior features and interior components, in addition to a new 3.5-liter six-cylinder engine. It replaces the eight-cylinder engine for which the SUV has long been known in the large family segment.

The exterior structure came with completely new features, based on its design on the new Toyota base known as “TNGA”, but the biggest change in the “Land Cruiser 2022” came under the hood, with the car equipped with a six-cylinder engine with a capacity of 3.5 liters, and a turbocharger It produces 409 hp and 650 Nm of torque, an increase of 30 hp and 110 Nm of torque, compared to the previous generation's 5.6-liter eight-cylinder engine.

The new generation also received another change in terms of transmission, after the 2022 model came with a ten-speed automatic transmission, which gives the new Land Cruiser excellent acceleration in its class, with the ability to start from a steady state and reach a speed of 100 km. per hour in 6.7 seconds.

The design lines of each of the front and rear elements of the car contributed to enhancing the capabilities of the four-wheel defense, with a front entry angle of 32 degrees, and the ground clearance "height from the ground" of up to 230 millimeters.

The "Land Cruiser 2020" relies on a permanent all-wheel drive system, and it also got an active and variable suspension system (AVS) in addition to the intelligent balance system with motion control, and Toyota provided its car with an upgraded generation of the terrain selection system, after the snow driving mode was added. An advanced automatic mode based on a Terrain Monitoring System is connected to a camera built under the body of the vehicle.

The external and mechanical changes were accompanied by a number of internal improvements, as the cabin of the “Land Cruiser” came standard with a 9-inch information screen, and the option to have a screen larger than 12.3 inches, and smartphones can be accessed through the “Apple CarPlay” and “Apple” systems Android Auto", in addition to the wireless charging feature for cell phones.