“Did you induce it to collapse on your own?” Fields seen by experts

To get a clear picture of the cause of the accident, we worked with experts to carefully examine photos and videos of the site. Experts said that the demolition work was done in a way that was not used because of the high risk, and analyzed that it seems to have chosen cost rather than safety. 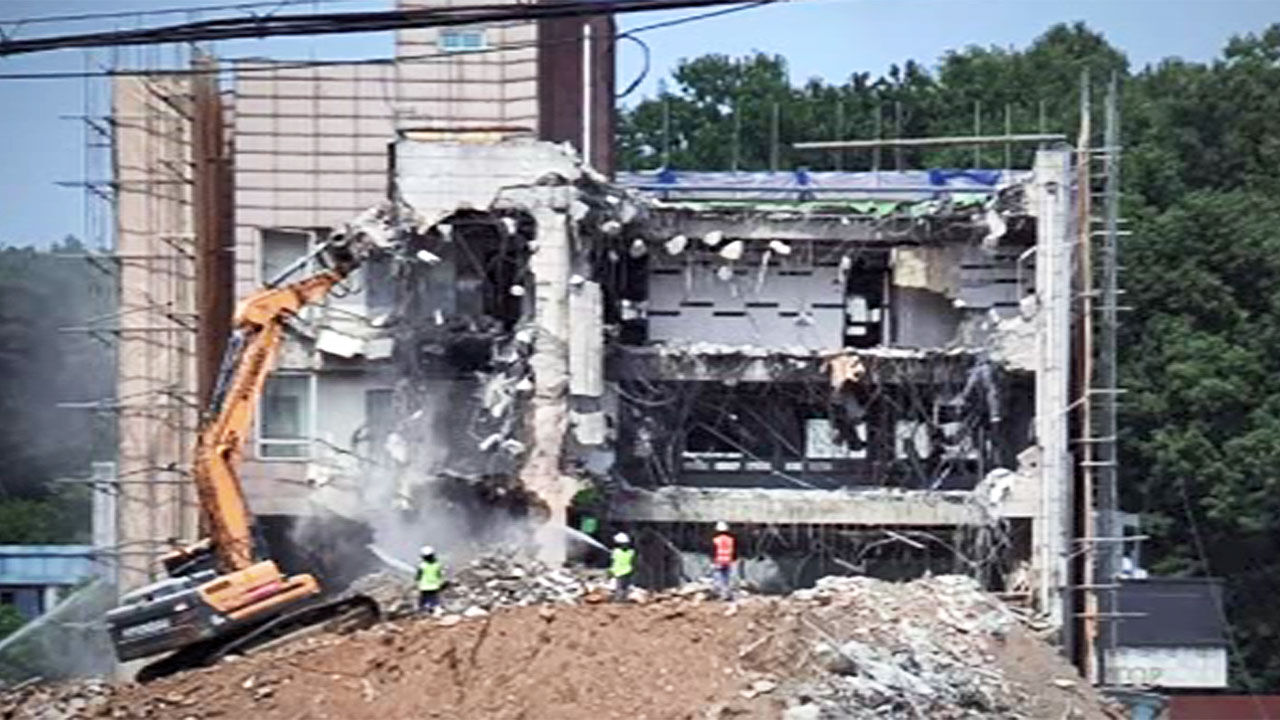 order to pinpoint the cause of the accident, we carefully examined the photos and videos of this site with experts. Experts said that the demolition work was done in a way that was not used because of the high risk, and analyzed that it seems to have chosen cost rather than safety.

This article was compiled by Park Jae-hyung.

Experts point out that there is a problem starting with the pile of dirt piled up for demolition work that is only three stories high.

Even working on top of a pile of dirt, it is virtually impossible to demolish the entire 5th floor due to the excavator working radius.

[Ahn Hyung-joon / Former Dean of Konkuk University Architecture: I did a pile of dirt that was difficult to remove the 5th floor even if the excavator went up. Wasn't it intentional to induce the building to collapse automatically?] The

demolition companies said they would demolish the 5th floor one after the other, but in reality, there are many intentions to demolish the building by the collapse method.

Demolition specialists give the same interpretation, saying that they chose cost over safety.

Moreover, recently, the method of removing piles of dirt itself is disappearing.

This is because the pressure the piles of dirt exert on buildings and the ground is so great that unexpected safety issues can arise.

[Removal company representative: (local government) do not give permission like that. You do it by stacking dirt next to it and climbing on it. Because the ground is piled up and you can't know the ground.] For

this reason, recently, it is mainly used to dismantle the building one after another after lifting the excavator with a crane.

They say that if the safety officer neglects to have the side demolition work in progress on a building that is under pressure from the dirt pile, it should be regarded as a serious negligence.

[Ahn Hyeong-jun / Former Dean of Konkuk University Architecture: If the column and beam are connected, it can support (the pile of dirt), but it was torn down... . It happened because I did something that had no choice but to cause a safety accident.]