Remove the license plate and cover it... Lawless motorcycles even in crackdowns

Unlike cars, motorcycles only have license plates behind them, so even if you run fast or break the signal, traffic cameras will not be able to catch them. Recently, there are motorcycles that have had their license plates removed or have been subtly covered, and the police have decided to intensively crack down on them. 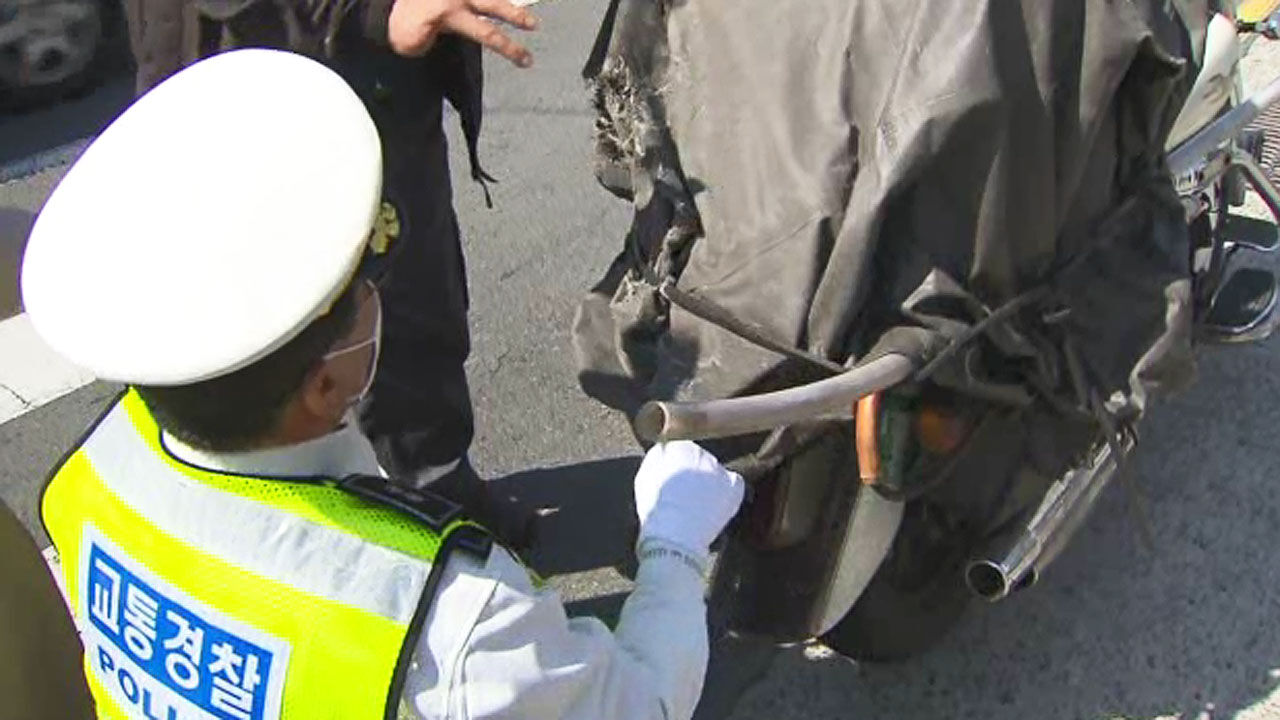 car, a motorcycle has a license plate behind it, so even if you run fast or break a signal, it is difficult to be caught by traffic cameras. Recently, there are motorcycles that have had their license plates removed or have been subtly covered, and the police have decided to intensively crack down on them.

This is KNN reporter Kang So-ra.

motorcycle runs in front of a taxi going straight at an intersection in Busan.

The driver of the delivery agency motorcyclist who violated the signal was killed.

A motorcycle that ignores the signal may hit a child crossing the crosswalk.

With Corona 19, the delivery culture has grown rapidly, and over 20,000 motorcycle accidents occurred last year alone.

Of these, more than 3,000 were accidents with pedestrians, and 34 people died.

It's easy to find motorbikes violating the signal on the street.

There are no license plates at all, or they are cleverly covered with luggage in the rear seats.

[Motorcycle driver: It's not my motorcycle. It's my friend. It wasn't covered, the chain came down by itself.]

Even with a motorcycle license plate, the existing enforcement cameras that only take a picture of the front of the vehicle cannot control the violating vehicle.

The police are planning to increase the crackdown on camcorders and blackmails that can take pictures of the back.

[Jung Wook-Jae/Busanjin Police Station Traffic Safety Division Head: We are conducting intensive guidance and crackdowns for 100 days from the 24th. Please be sure to register as a fine of up to 1 million won or less may be imposed.]

Amid the recent proposal of a law requiring the attachment of front license plates for motorcycles in the National Assembly, attention is paid to whether the law will pass after overcoming opposition from the motorcycle industry.