Miki Esparbé: "Reyes de la noche is a comedy with a high dose of drama"

Methodical ("when a character comes to me, I try to understand him well without judging, to be able to defend him in the best possible way"), grateful ("I'm very excited to see three premieres 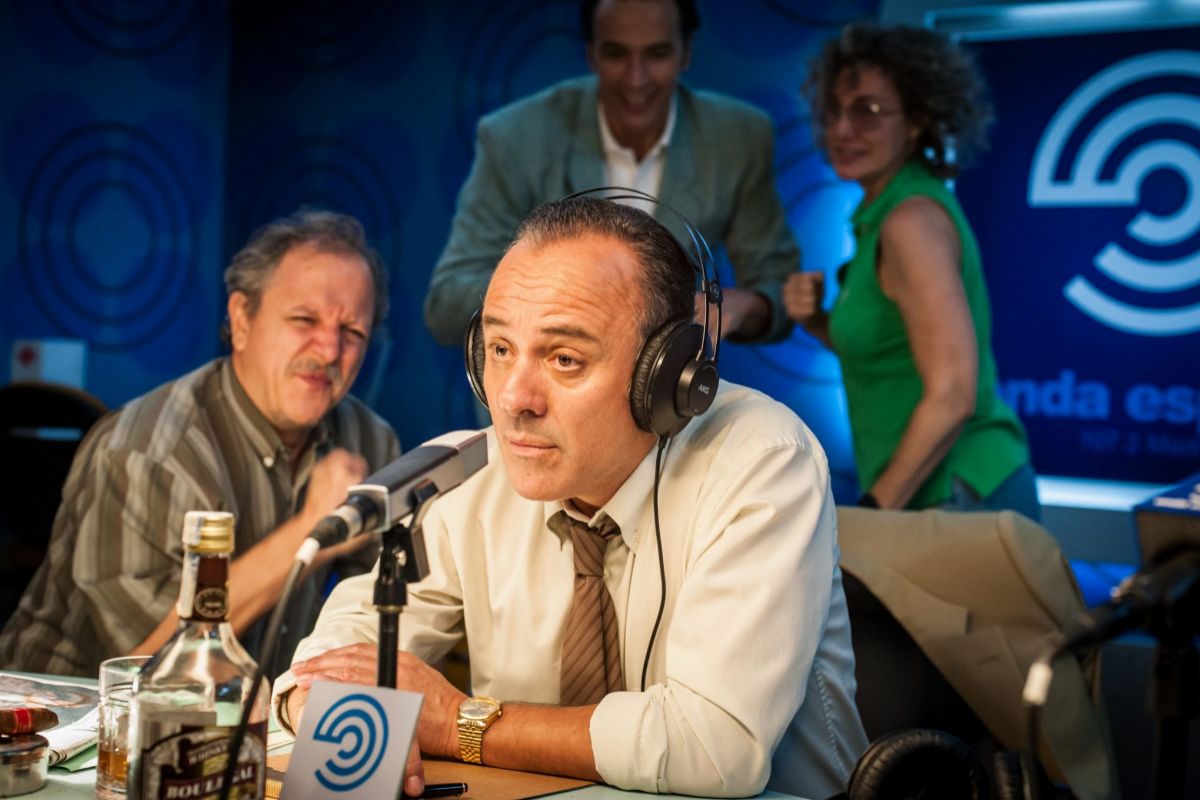 Methodical ("when a character comes to me I

try to understand him well without judging

, to be able to defend him in the best possible way"), grateful ("It is very exciting to see three series in which I have participated premiered. That is to be lucky.

) and convinced that he can walk quietly around Madrid (" it's funny, because

before the premiere of the series

, a few weeks after

has become the last great success of Netflix.

And without forgetting that very recently he could be seen in

(Movistar +), another television production that has been well received by viewers.

MUCH MORE THAN FOOTBALL

"There are people who think that football is a matter of life and death. It is much more than that," said Bill Shankly, a British football coach. And maybe he was right. In

football appears in the background, but it leads its protagonists to commit crazy things.

star presenters of sports radio in the early morning.

As if they were

(although they are not, but they do look like it)

Jota Montes and Paco 'El Condor' are the two arch-enemies who fight to dominate radio journalism at night in the 80s and 90s.

Miki Esparbé and Itsaso Arana in 'Kings of the night'.

, a journalist who has always been at the service of Paco 'El Cóndor (Javier Gutiérrez), a renowned journalist who is a friend of the powerful and cruel with those who dare to approach his throne. But, when the first decides to go to the competition, one and the other

who will fight every night to get the best interview, uncover great exclusives and become leaders.

"The series is inspired by the battles that radio journalists fought in the 80s and 90s, but

it is not a biopic of García and De la Morena.

It is what Cristóbal Garrido and Adolfo Valor, the scriptwriters of the series, have expressed", points out the Catalan actor.

that story is not told, but it is much more than that. With this you do not limit yourself to telling only one thing, but you can

extend everything to a possible second season

The actor lives a sweet moment in his profession.

"It is a series of smiles rather than laughter,"

admits Miki Esparbé. "With much humor,

In the years 80, things were done differently

and that will attract the attention of those who see this series. And thank goodness that now we are more advanced, although it is not completely. "

Requirements to be a normal person

Years ago, he left his native Barcelona to come to

A city in which he feels very comfortable

"I still keep escaping to Barcelona when I can. But in Madrid many productions are shot and that makes many actors from abroad come to work here. Madrid seems to me a city that welcomes those who come from elsewhere very well and makes you feel very comfortable".

Finally, for those who associate her with comedies and do not identify her for dramatic works such as

, Miki Esparbé reveals her preferences. "It is not like before, where you could find a humor made for all audiences. Now there are many formats in which you can include humor, drama and much more in the same product.

is a comedy with a very high dose of drama.

And that interests me a lot.

I love comedy and I don't want to stop doing it

Next, the interpreter expands his answer: "but I would also tell you that

, where some have not recognized me the first time because of my look and because my character is a very shady guy. "

Our favorites among the best

StreamingThe four series of the moment that must be seen