This morning, like almost all of them, Iñigo Urrechu (50) started the day by preparing a coffee for his team. He knows the tastes of each one, from the one who takes it with soy milk to e 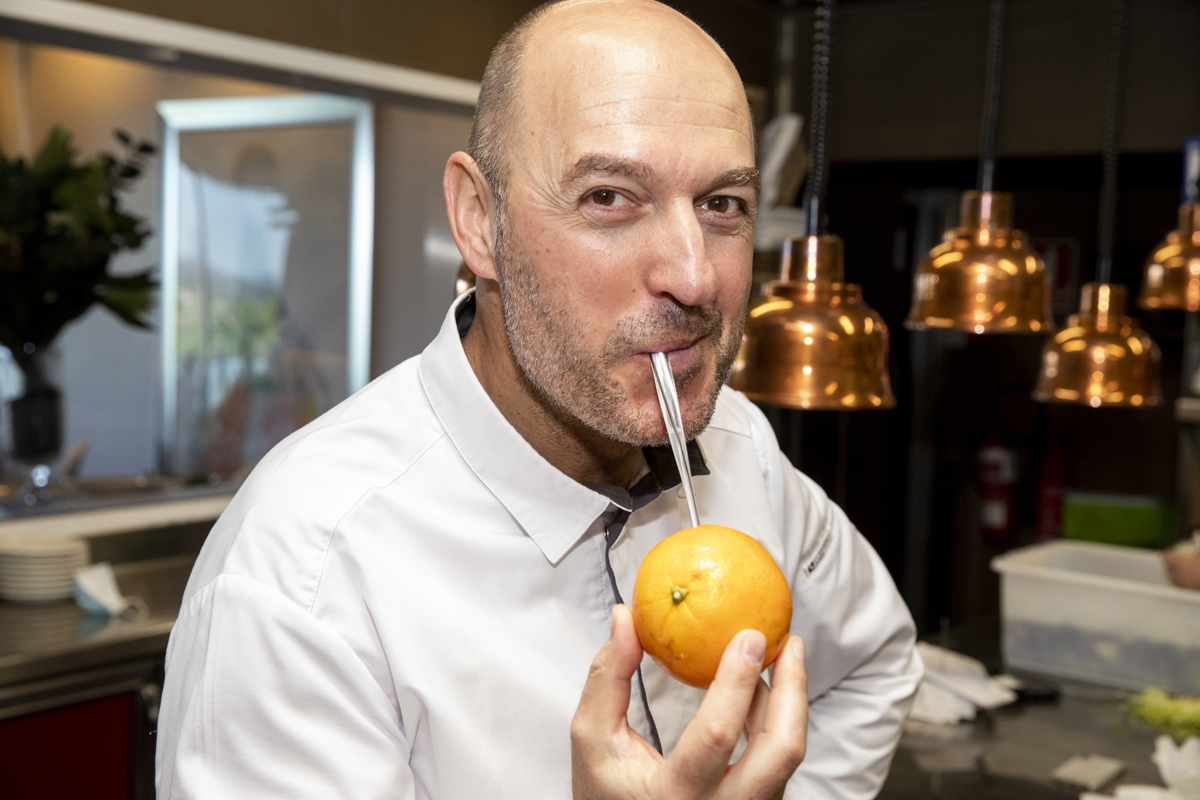 This morning, like almost all of them, Iñigo Urrechu (50) started the day by preparing a coffee for his team. It knows the tastes of each one, from the one who takes it with soy milk to the one who prefers it cut and with saccharin.

. "The most important thing in life is what you cannot buy with money, such as the affection and respect of the people," he says on the new terrace of his restaurant El cielo de Urrechu. Master the psychological part of managing teams well.

Five days ago, the Gipuzkoan chef reopened his Pozuelo restaurant. "At 1:30 p.m. we were taking a photo with the team and there were already 30 people waiting." He has made many changes to improve safety in the space, "the bar is new, I want to bring the kitchen closer to the customer, make the process more transparent," he explains excitedly. He has designed all the kitchens in his restaurants: "

. There is nothing less stimulating than working facing the wall. I prefer that people share, that they have a good time ".

Greet everyone who crosses the path by their first name. Always with a wow! of tagline.

This is one of their seven restaurants; the last to join the group, the legendary Zalacain, which will reopen in mid-June

. "There will be the emblematic dishes, but with an update point in the technique or the plating".

He has been in the kitchen for 34 years and defines himself as a "cook."

That of an entrepreneur or a television collaborator are facets that emerge later.

"I like to be in the trench, in the kitchen, watching everything," he says.

If I have to bone or chop onion, I do it, and I'm sure it will sweep my team away,

He wrote a letter to Ronaldo, who became a regular customer when he was at Real Madrid, in Portuguese

and it was he himself who took the orders to his home in La Finca. "He always had an exquisite education." The day he went to eat with Usain Bolt - who served himself a kilo and a half steak - and there was a stir at the door of the place, he offered to take them out through the kitchen area to avoid the fuss. "Imagine the faces of those who were working when they saw them appear ..."

When a group of blind people called to make a reservation, they did not hesitate to

and if there was anything their team could do during the service to make the evening as pleasant as possible.

"When someone comes to my house, I try to be as good as possible."

He started working with Martin Berasategui when he was 17 years old;

from him he learned that

humility and perseverance are the basis on which to grow

"Pedantry I do not understand."

He works from Monday to Saturday.

You don't know what an alarm clock is.

"I wake up every day like a child in new shoes."

At age 30, he opened his first restaurant.

"It was the beginning of a new life. It was my dream."

And he lives everything today as he dreamed it then.

"My mistress says I am too responsible."

And perhaps he is right, but it is part of his way of understanding life and work.

"100% of the problems in my business have their origin in me," he says.

"When a boss fights a lot and yells too much, things cannot go well.

If there is a problem in the company, it is the fault of the employer

He is convinced that "if you treat people well, they respond the same."

It is 12.30 pm. From the terrace you can see the 'skyline' of Madrid. The restaurant team strives to make sure everything is perfect for the service. He is also in charge of doing the interviews with those who want to be part of "the family": "I don't like anyone speaking for me, and I prefer to make everything clear from the beginning." Until today he does not know what stress is ... "In my life there are no grays. I am all intensity", he clarifies.

Not even taking the reins of Zalacain has taken away the dream. He - and his partners Antonio Menéndez and Manuel Marrón - presented the offer to acquire the emblematic Madrid restaurant after the deadline. "The law protects you to do it as long as the offer improves the existing one," he explains. And they won. "I entered the kitchen in 1987, the year Zalacain achieved its third Michelin star."

It will reopen with all the equipment that was; Jorge Losa will be your right hand in the kitchen

. "I had lunch with the team before I almost knew if we were going to be the winners. It seemed to me that the situation had to be humanized": Many were acquaintances, other friends and, says Urrechu, that "one

must always have a social conscience

The pandemic has not taken away an iota of illusion, but it has put a few kilograms on him, he explains. In the pre-Covid era, Urrechu was one of those who

put on his shoes at 2 in the morning

, when he left work, to relax. Without music, it misleads you. "It was my moment to analyze problems, think and relativize many things."

It was at the age of 37 when one day he found himself heavier than desired, clumsier and smoking "three packs a day" and he decided to remedy it. "I had never played sports. My crew was more about partying." It has already become clear that the grays are not for him and he set out to prepare an 'ironman' - a race that combines swimming, cycling and running. He barely had muscle mass, he swam just enough to avoid drowning, and he didn't have a bike. His perseverance and his coach Iván Rodríguez worked the miracle. Since then he has finished quite a few triathlons and marathons.

He is in favor of remembering only "the very bad moments so as not to repeat them and let the bad ones fall by the wayside".

In his children - he has two, 15 and 20 years old - he has instilled in them the philosophy of "earning things" and he has worked, "above all, to make them good people."

In the photo he asks the first thing that his whole team comes out.

Urrechu, surrounded by his team on the terrace of El cielo de Urrechu.

MadridZúccaru, the Sicilian corner where ice cream is also eaten in bites