"The beginning of parliamentary history": how the State Duma of the Russian Empire was created

115 years ago, the State Duma of the Russian Empire of the first convocation began its activities. According to historians, its creation was the response of Nicholas II and his entourage to the political crisis that broke out in Russia - the 1905 revolution and the growth of the strike movement. According to experts, the Duma became the first parliament of a modern type in Russia and proved to be effective as a valve that allowed for some time to reduce the degree of political confrontation in society. However, due to conflicts with the government, her legislative activities were not very effective. 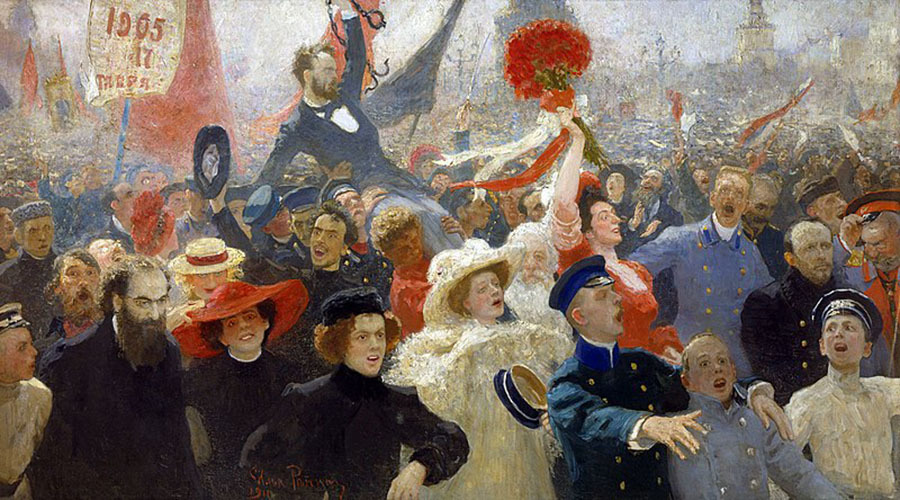 On May 10, 1906, the first convocation of the State Duma of the Russian Empire began its work.

It turned out to be not very effective in terms of lawmaking, but nevertheless it became an important milestone in the formation of domestic parliamentarism.

According to historians, at the beginning of the twentieth century, the Russian Empire was gripped by sharp social contradictions.

The agrarian question was not resolved, and the village suffered from peasant land shortages.

The Russian bourgeoisie, which had accumulated money, strove to gain access to power.

Oppositional sentiments intensified among the intelligentsia and students.

All this led to an increase in the popularity of radical parties.

After the execution of the workers' demonstration by the tsarist troops on January 22, 1905, the strike movement intensified throughout the country.

Unrest began in the army as well.

The empire's authorities began to look for methods to normalize the situation in the country, one of which was the decision to create a parliament.

“Projects of people's representation have appeared in Russia since the time of Alexander I, but all the emperors refused to do so.

However, during the 1905 Revolution, the situation reached a boiling point.

As a result, the tsarist authorities were forced to make serious concessions, "Vitaly Zakharov, professor of the Moscow State Pedagogical University, Doctor of Historical Sciences, said in an interview with RT.

Initially, it was supposed to become an advisory body, but on October 17 of the same year, the emperor issued a new manifesto - on the improvement of state order.

He granted the population the inviolability of the person, freedom of conscience, speech, assembly and association.

In addition, the new manifesto stated that "no law could accept force without the approval of the State Duma."

In December 1905, an election law was passed.

Voting rights were granted to men who had reached the age of 25, except for representatives of nomadic peoples, students, military personnel, convicts and some other categories of the population.

The electoral process itself was rather complicated.

In the European part of Russia, elections were held according to a multi-stage system in four curiae: landowners, urban, peasants and workers.

Moreover, from the working curia to the electoral process, only employees of those enterprises that employed at least 50 people were allowed, and from the peasant - only homeowners from among the peasants and Cossacks.

There was no equality between the curiae.

One elector for participation in the provincial electoral meeting could be determined by 2 thousand landowners, 4 thousand townspeople, 30 thousand peasants and Cossacks, or 90 thousand workers.

Elections in Poland, Siberia, Central Asia and the Caucasus were held in special curiae, allocated mainly on the basis of religion.

The first composition of the State Duma was to include 524 deputies, elected for five years and having equal rights.

Duma decisions could be canceled by the State Council, which is considered the upper house of parliament.

The Duma could make changes to the set of Basic State Laws only with the permission of the emperor.

The State Duma of the first convocation began its work on May 10, 1906.

The largest in its composition was the faction of the liberal Constitutional Democratic Party, which had 176 members.

It was followed in size by the labor group, the Polish stake, the Peaceful Renovators, and the Social Democrats.

About 100 deputies were considered non-partisan.

Almost half of them were right-wing.

“These were the first competitive elections in the history of Russia.

Many of the deputies were not professionals, but they were people whom the people wanted to see in the Duma, ”said Igor Kiryanov, professor of the Perm State National Research University, Doctor of Historical Sciences.

As historians note, the first convocation of the State Duma worked in conditions of acute confrontation with the government.

The deputies actively sent inquiries to the executive authorities regarding the death penalty and arrests, and also discussed the agrarian issue, suggesting either to destroy private ownership of land, or to transfer state and church land plots to the peasants.

“But the first convocation of the State Duma, which lasted only two months, was able to adopt the only law - on helping the hungry,” Igor Kiryanov explained.

As the professor of Moscow State Pedagogical University Vasily Tsvetkov noted in a conversation with RT, the executive authorities tried to limit the legislative initiative of the first convocation of the Duma as much as possible and deliberately submitted to it for consideration insignificant normative acts that could be adopted administratively through the government.

“The issues discussed by the first composition of the Duma did not appeal to the landowners, who were the main support of the ruling regime.

From the government's point of view, this Duma turned out to be too oppositional.

On July 8, 1906, the State Duma of the first convocation was dissolved by Nicholas II.

On March 5, 1907, the second composition of the State Duma began its work.

It turned out to be even more radical than the first one.

The largest faction was formed by the labor group, followed by the constitutional democrats.

The Social Democrats also increased their presence in parliament.

Of the 250 bills submitted by the government, the second Duma considered 26 and adopted 20 bills.

The discussion of the agrarian question continued.

As a result, the authorities accused the deputies from the Social Democratic faction of an anti-state conspiracy.

On June 16, 1907, the emperor also dissolved the second convocation of the Duma.

The third convocation has already approved about 95% of the 2.5 thousand considered bills, most of which were submitted by the government.

“In the economic upsurge that took place in the Russian Empire in 1909-1914, there is the merit of the Duma, which correctly approached the organization of the budget process,” noted Igor Kiryanov.

After the outbreak of the First World War, the fourth composition of the Duma began to meet irregularly.

Against the background of defeats at the front, opposition sentiments intensified among the deputies.

At the end of 1916, parliament began to sharply criticize the government.

In 1917, due to unrest in Petrograd, the tsarist authorities tried to dissolve the Duma, but the deputies refused to fulfill this demand and formed the Provisional Committee, which became one of the main centers of power in the country during the February Revolution.

It was he who announced the creation of the Provisional Government.

Officially, the powers of the deputies of the fourth convocation were terminated in October 1917 in connection with the beginning of the elections to the Constituent Assembly.

That was the beginning of parliamentary history in Russia, ”said Igor Kiryanov.

According to the associate professor of the Faculty of History of the Moscow State University named after M.V.

Lomonosov Yuri Shchetinov, the State Duma developed along the path of normal parliamentarism and for some time used tools that could turn Russia into a "Duma monarchy."

However, the right reaction interrupted this process and did not allow it to be brought to its logical end.

“The State Duma of the Russian Empire turned out to be effective as a valve that allowed to temporarily reduce the degree of tension in society, but not sufficiently effective from the point of view of lawmaking,” said Vasily Tsvetkov.

According to him, this was the reason that it was not possible to reach a final consensus in the power system.

“The Duma is not ripe to work more professionally and skillfully, and the executive authorities are not ready to transfer part of their powers to the Duma. Perhaps, if the tsar had more contact with the Duma, the revolution of 1917 could have been avoided, ”Tsvetkov summed up.