"London has not yet revealed all the materials": how Rudolf Hess flew to Britain from the Third Reich in 1941

80 years ago, one of Hitler's closest associates, Rudolf Hess, flew from the Third Reich to Great Britain. Historians still argue about the motives and consequences of the act of the influential Nazi functionary. Some argue that the reason was the irrational impulse of Hess himself and that his act did not play any special role in history. Others believe that the second person after Hitler in the NSDAP tried to implement some of the orders of the Fuhrer and, perhaps, was able to delay the opening of the Second Front. Discussions are also going on around whether Hess later committed suicide in prison or was killed by unknown persons. 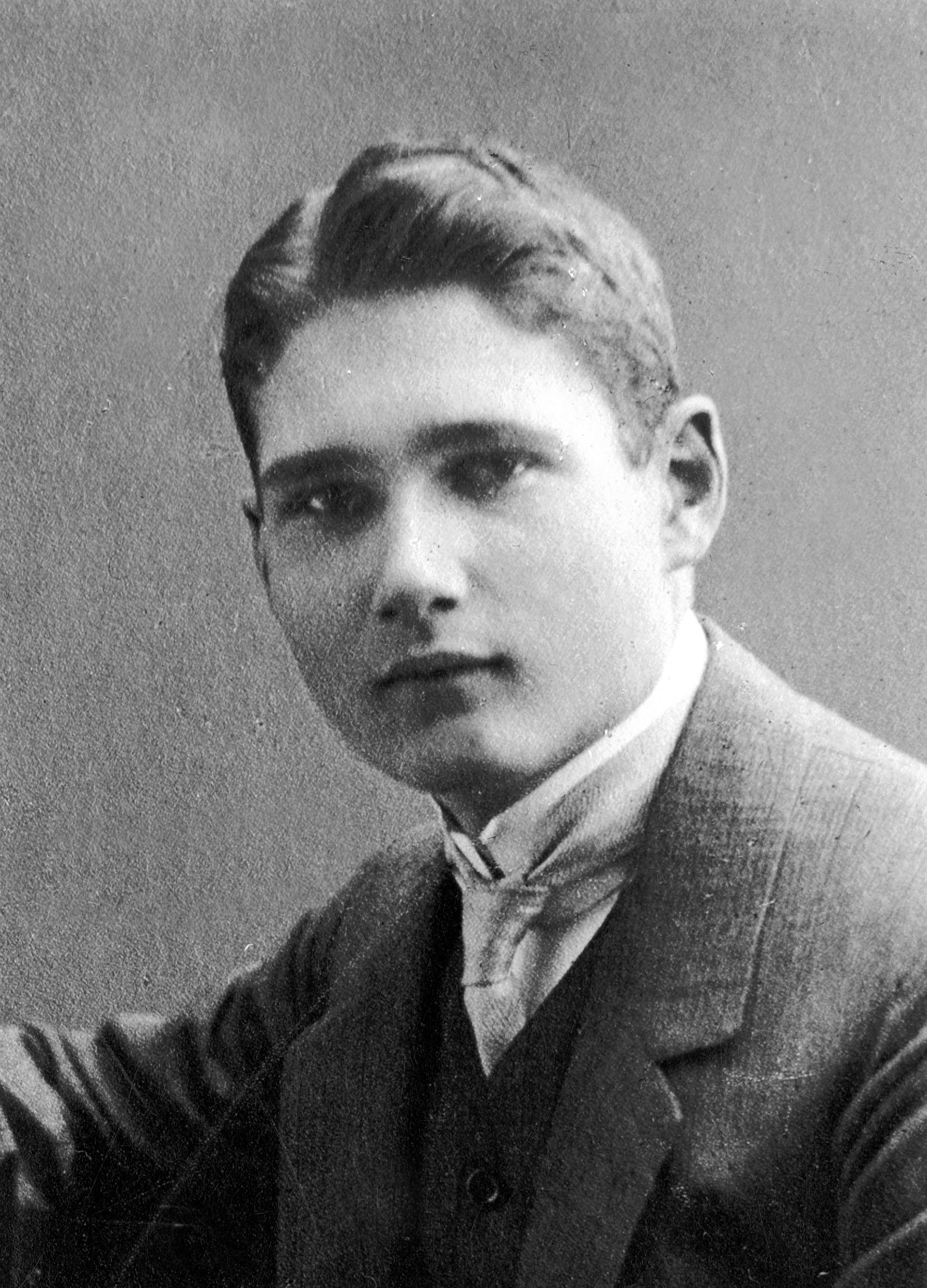 On May 10, 1941, Adolf Hitler's deputy for the party, Rudolf Hess, flew from Germany to Great Britain on a hijacked plane.

It was so incredible that, according to contemporaries, British Prime Minister Winston Churchill did not even immediately believe in what had happened.

Politics instead of mathematics

Rudolf Hess was born on April 26, 1894 in Alexandria (Egypt) into the family of a wealthy German businessman who did business in the Middle East.

He received his primary education at a local German school, and at the age of 12 he was sent to study in Germany.

Hess Jr. dreamed of a career as a mathematician, but his parents insisted on his admission to the Higher School of Commerce in Switzerland and business practice in Hamburg.

After the outbreak of the First World War, Hess went into the army. He distinguished himself, fighting in the infantry, was twice wounded and promoted to officer. At the end of the war, he transferred to aviation.

The war undermined the material well-being of the Hess family. Demobilized, Rudolph wore his military uniform, because he did not even have the money to buy a civilian suit. He entered the University of Munich, but politics distracted him from his studies. Hess was carried away by nationalist and anti-communist ideas, became a staunch anti-Semite. He participated in the bloody massacres of activists of the Bavarian Soviet Republic and other left-wing political entities in Germany. In addition, he joined the Thule Occult and Political Society. There, Hess met the German geographer Karl Haushofer, one of the founders of geopolitics, with whom he maintained friendly relations for a long time.

In 1920, Hess became a member of the National Socialist German Workers' Party (NSDAP), met Adolf Hitler and became his assistant.

“Hess, by nature, needed an ideological mentor, and he saw such a person in the person of Hitler.

He was the first of the famous personalities who began to propagandize Hitler's messiahship, creating his cult, ”historian and writer Konstantin Zalessky said in an interview with RT.

In 1923, Hess took part in an attempted Nazi coup d'état known as the Beer Hall Putsch.

Some time after the failure of this adventure, he surrendered to the police and was imprisoned with Hitler in the Landsberg fortress.

There he helped the Nazi leader write his book Mein Kampf.

According to historians, Hess influenced the formation of the aggressive concept of "living space".

After his release from prison, Hess became Hitler's personal secretary.

In 1932, Hess became the head of the central party commission of the NSDAP, and a few months later became the "deputy Fuhrer for the party."

The leader of the NSDAP was too lazy to engage in party building himself.

After the party came to power in Germany, he was more concerned with the Nazification of the entire country, and he blamed the party work on Hess.

These matters were not easy, as confusion reigned in the party structure of the NSDAP, ”Zalessky said.

In 1933, Hess received the status of Reich Minister and the right to exercise party control over the activities of state bodies, as well as to make decisions on behalf of Hitler.

As a staunch anti-Semite, according to historians, he played an important role in the preparation and adoption of racial laws, according to which, in the future, millions of Jews were doomed to powerlessness and death.

In 1939, Hess joined the Imperial Defense Council and was proclaimed Hitler's "second successor" after Hermann Goering.

On May 10, 1941, Hitler's accomplice committed an act, the reasons for which historians cannot explain to this day. After seating the fighter's controls, Hess flew secretly to Great Britain. Moreover, the politician of the Third Reich prepared for this flight in advance: he tried to enter into correspondence with representatives of the British elite, studied weather reports, consulted horoscopes and prepared the plane.

According to historians, Hess tried to get to the Scottish estate of Duke Douglas Hamilton, an influential member of the British elite who was related to the royal family and personally acquainted with the son of Karl Haushofer.

But Hess did not find the desired estate from the air and jumped from the plane with a parachute, after which he was detained by the fighters of the local civil self-defense.

While in the uniform of an officer-pilot, Hess first called himself a false name.

But the military quickly realized that they were not an ordinary pilot and reported on the detained command.

“We have only fragmentary information about what happened after the arrest and until the end of the war.

Britain has not yet disclosed all the materials related to these events, ”says Zalessky.

According to him, the flight of a Nazi functionary of such a high level to Britain at first seemed so incredible to the country's leadership that the head of government, Winston Churchill, did not even believe what had happened.

According to the version widespread today in Western journalism, Hess said that he had arrived in Britain on a personal initiative in order to convince official London of the advisability of concluding peace with Germany on the principle: the Third Reich - continental Europe, and Britain - overseas territories.

However, no one allegedly took Hess's ideas seriously.

After conversations with several high-ranking officials, Hess was taken into custody as a prisoner of war and until the end of the war was kept in comfortable conditions in a villa specially designated for this purpose.

“Before the flight, Hess was part of Hitler's inner circle, and he constantly exaggerated the idea that neither Germany nor Great Britain needed a war.

According to Nazi theories, the British held the same position in the racial hierarchy as the Germans, so it would be wrong to shed each other's blood.

Moreover, Hitler argued that the British were supposedly ready to accept his ideas, and only a handful of "bought" politicians opposed them.

Hess perceived all this, ”Zalessky noted.

According to him, against this background, Hess really could decide that just one push was enough to end the war, and independently go to Britain.

“There are versions that Hitler could have sent Hess on purpose for negotiations, however, according to contemporaries, the Nazi Fuehrer was furious when he learned about the flight.

He declared Hess insane and began to pursue his entourage.

According to the associate professor of GAUG Dmitry Surzhik, Hess's motives for modern historical science are still a controversial issue.

“So far, one can only make assumptions.

Could Hess have flown on his own?

To do this, he had the necessary skills and motives.

But whether this is really so, we do not know, ”the expert emphasized.

According to Konstantin Zalessky, there is a certain rational grain in the versions of historians who say that much more serious reasons may be hidden behind the flight of Hess than is commonly believed.

“We cannot say anything, but the position of Great Britain after Hitler's attack on the Soviet Union looked very strange.

For some reason, the British were in no hurry to take advantage of the situation and stab the Third Reich in the back.

In general, their actions against Germany were not very active for some time.

It is impossible to say something for sure, but perhaps Hess voiced some information that made London act in this way, ”Zalessky said.

After the war, Hess became a defendant at the Nuremberg Tribunal.

Hess was held in Spandau prison in West Berlin.

“Even the elderly and sick Hess was not released from prison.

The British refer to the fact that they were ready to free Hess, and the Soviet side opposed it.

But we do not know for certain whether it was not just statements, behind which there was nothing, "Zalessky stressed.

On August 17, 1987, Hess was found dead in prison. According to the official version, he committed suicide. However, there are many opponents of this version, claiming that before the death of the prisoner, they were isolated from the personnel who worked with him, there were strange injuries on the body, and immediately after the death of Hess, there were unknown persons in military uniform near his corpse. Supporters of the assumptions about the murder of the former Nazi functionary see the motives for the possible crime in the fact that the Soviet leadership allegedly had the potential to agree to release Hess, but he could give out some political secrets.

According to Konstantin Sofronov, a junior researcher at the Institute of Oriental Studies of the Russian Academy of Sciences, there are still many rumors about Hess's flight, his communication with British officials and his death.

However, they are not confirmed by any documents, and may simply be associated with the high position of Hess in Germany and the excessive public interest in everything mysterious.

“There are many incomprehensible things in this story.

You can make various assumptions, but whether we will ever be able to find out the truth, it is impossible to say with certainty, ”summed up Konstantin Zalessky.