Who said eating vegetables was boring? 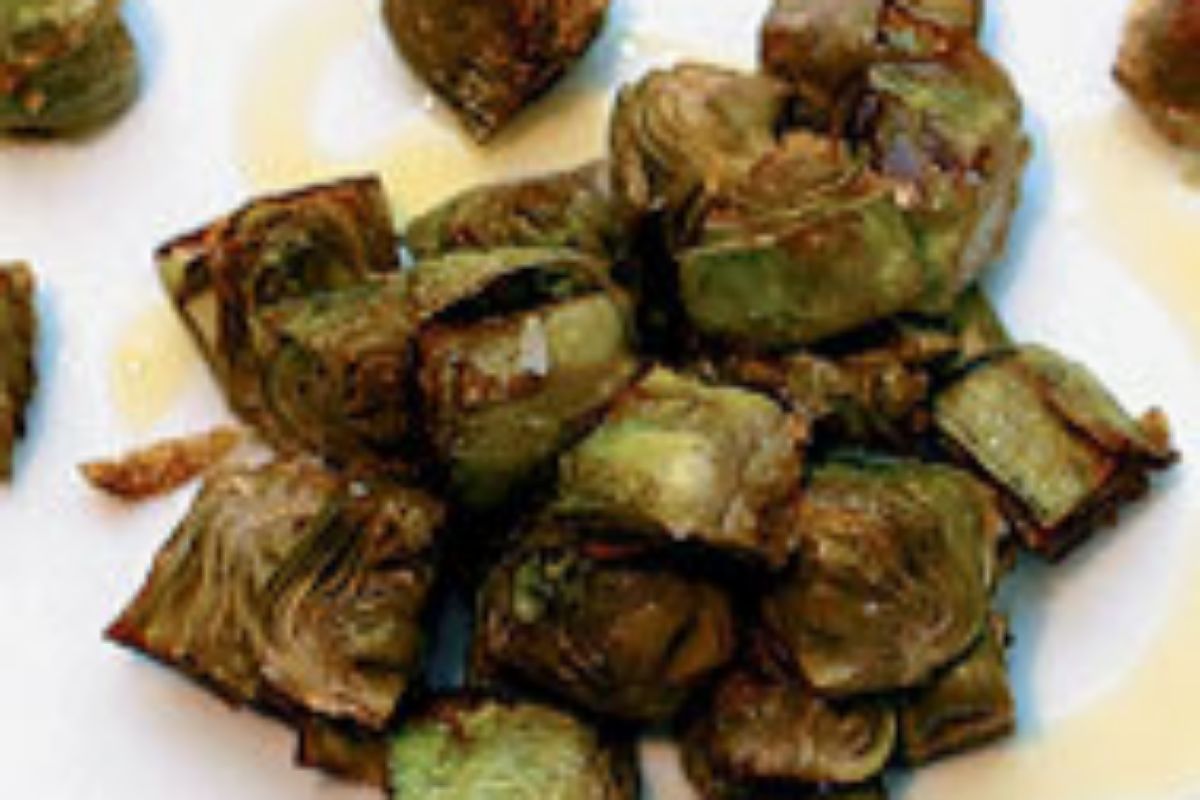 No one disputes that eating vegetables is one of the healthiest things out there.

What many people do question is that eating vegetables can turn out to be an unforgettable gastronomic experience, at the level of the best.

Those who think that eating vegetables is boring and sad should take a tour of one of the five restaurants in the Community of Madrid that we point out below, which have become gastronomic temples consecrated to the vegetable universe.

Coming from the Navarran town of Azagra, Juan Miguel Sola and Anabel Arriezu settled in 2003 in a design establishment where, from the first moment, they stood out for the unsurpassed quality of their vegetables, from home gardens.

(Sagasta, 14. Tlf .: 915 910 112) is still in good shape and, in addition, it has become one of the epicenters of the capital's social life and it is not strange see politicians, entertainment people, athletes and writers at their tables, who come to the call of its famous crystal peppers, monumental artichokes, its tender garlic, its borage, its thistle and its asparagus ... Always respecting the seasonality of each product as much as possible.

Practically the entire plant universe (leaves, roots, fruits, stems, fungi, pods, seeds, algae ...) is within easy reach, and of the palate, in

A radical and unique restaurant that, however, does not practice vegetarianism, much less veganism (although there are options for those who follow these precepts), because animal protein is very present in the dishes as a background or accompaniment.

There is no menu, only tasting menus and the dishes vary almost daily depending on the always inscrutable designs of nature.

It also offers natural fermented drinks to accompany it.

In Aranjuez, Fernando del Cerro follows a similar line, although less radical, in

(Abastros, 32. Tlf .: 918 911 488). The lush tariff orchard is the undisputed star of its dishes (asparagus, snow peas, gurumelos, artichokes, spring onion, garlic ...), but there are also meat and fish. It has two rooms, an informal tapas area on the ground floor and the stately dining room on the first floor.

In the heart of the Salamanca district,

From there come, always depending on the season, peas, artichokes, chard or some broccoli that give rise to a surprising and highly recommended 'classic' carbonara.

If we started talking about a restaurant from Navarra,

, we close with another whose origin is in the same Foral Community,

from the town that gives it its name, both owned by Ricardo Gil, considered a master of vegetables.

With genre directly from its Navarre orchards, the menu includes dishes such as chard stalks stuffed with Iberian ham, wood-roasted glass peppers with fried egg and a veil of marinated Iberian jowls, artichokes candied in oil on a background of artichoke muslin and veil of marinated Iberian jowls, twice fried pork, chives confit with chardonnay or Tudela beans with young chilli in vinegar.

It also has a special menu for vegetarians and vegans.

GastronomyThe landing of Quique Dacosta at Mandarin Oriental Ritz: the grand opening of the year