Yellow dust warning in May in 13 years... 20 times the usual fine dust 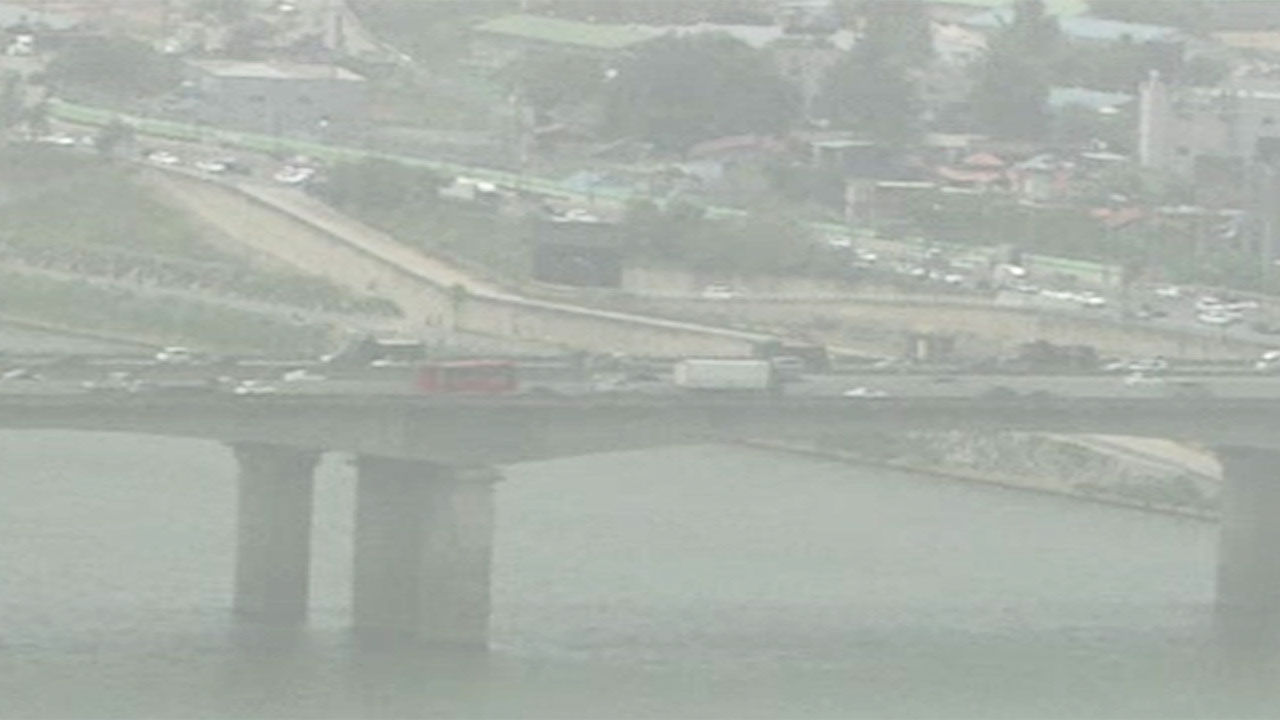 The sky of Seoul seen from the helicopter, I was completely trapped in enormous yellow dust.

Even the towering Lotte Tower is covered by thick dust and only a faint shadow is visible.

Citizens climbed the mountain for a holiday.

However, even when you reach the top of the mountain, it is difficult to appreciate the surrounding scenery as usual.

Even visitors who come to the beach to meet the sea breeze are difficult to find the horizon covered in dust.

The professional baseball game, which was canceled yesterday due to severe yellow dust, was canceled again today, leaving the audience empty.

Gyeonggi-do, Chungnam, and the west coast of Jeonbuk, close to China, the concentration of fine dust officially exceeded 800㎍/㎥, and a yellow dust warning was issued.

It has been 13 years since 2008 that the yellow dust warning was issued on the inland of the moon in May.

These high concentrations of yellow dust can irritate the mucous membranes of the eyes and throat, causing inflammation, and can exacerbate symptoms of respiratory problems, especially asthma.

Yellow sand, which originated from the Inner Mongolia plateau on the 5th and affected yesterday and today, for two days in a row, is not being passed on any more.

The concentration of yellow sand still remains at a very bad level, but the concentration is gradually decreasing over time, and most of it is expected to be resolved between early morning and morning tomorrow.

However, since the yellow sand is retreating to the south, Jeju Island will show a poor level of dust concentration until tomorrow afternoon.