"It was an accident": Lelandais confirms his version of the facts on the murder of Arthur Noyer

On the fifth hearing day of his trial, Nordahl Lelandais maintained his side of the story and said he accidentally killed Arthur Noyer after a fight. The accused did not provide any new information, to the regret of the civil parties. The trial is due to resume Monday with psychiatric expertise, before a verdict expected next Wednesday. 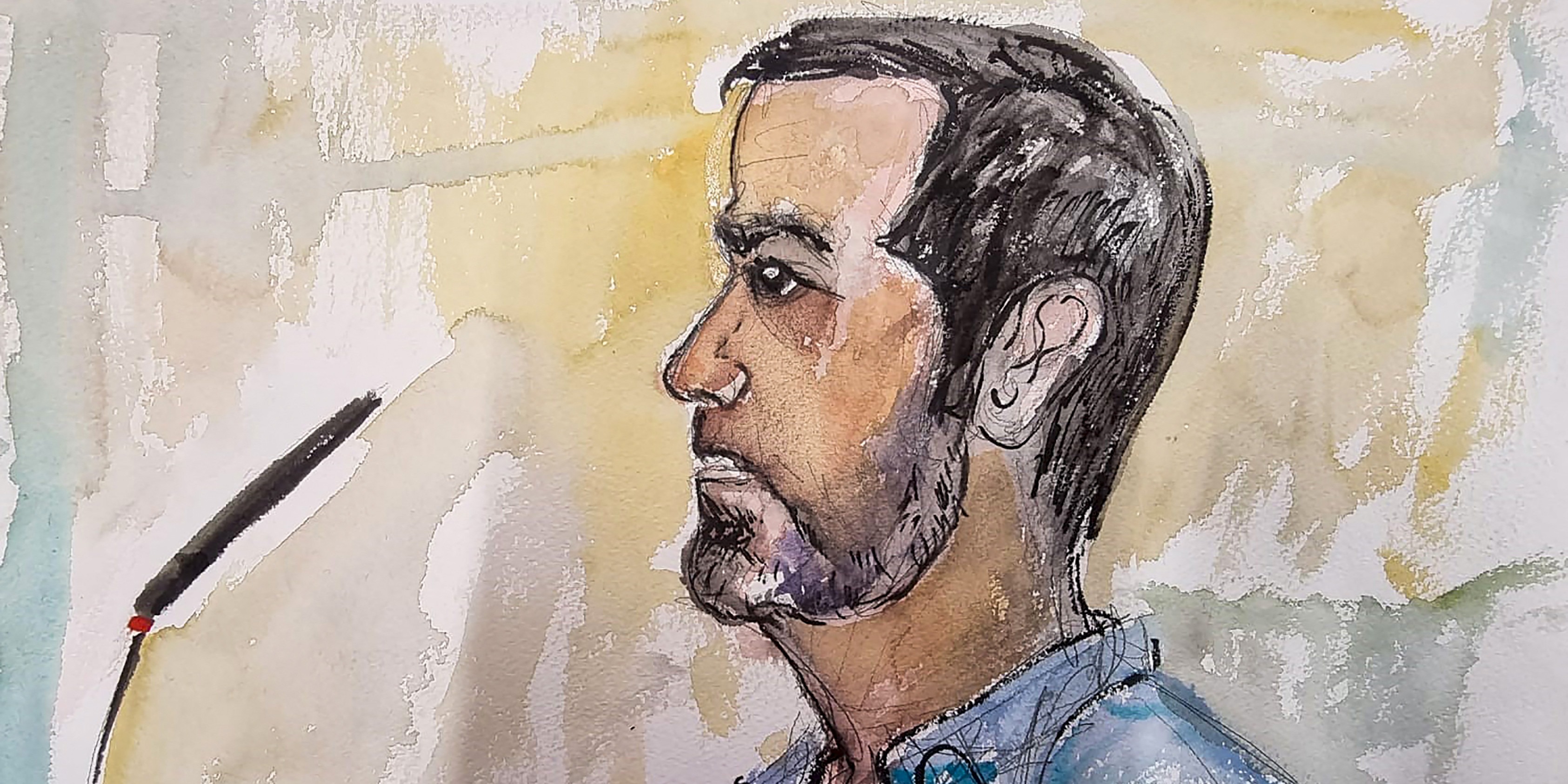 On the fifth day of his trial, Nordahl Lelandais maintained his version of the facts and said he accidentally killed Arthur Noyer after a fight.

The accused did not provide any new information, to the regret of the civil parties.

The trial is due to resume Monday with psychiatric expertise, before a verdict expected next Wednesday.

The first week of the trial of Nordahl Lelandais for the murder of Arthur Noyer ended Friday in Chambéry on a status quo: the accused camped on his version of the facts of the death of the young soldier in 2017, to the regret of the civil parties.

Nordahl Lelandais did not flinch: during the three hours of questioning, he confirmed his version of the facts.

"No sexual motive for our altercation"

Even his lawyer, Me Alain Jakubowicz, in a kind of strange role reversal, offered him the possibility of modifying his statements.

Talking to his client, he said, "If this version isn't the right one, now is the time, Nordahl. Now is the time to speak up, to tell the truth, if you think you haven't. tell the whole truth, if the argument with Arthur had a sexual motive, you must speak now! ".

The former dog handler took the time to answer.

Then he said, "No, I said everything that happened. There is no sexual motive to our altercation. He hit me. I replied. I killed him. C 'was an accident. I have nothing to add. "

Hence the disappointment of Arthur Noyer's family and his lawyer, Me Bernard Boulloud: "I thought at one point that he was going to tell the truth, or a piece of truth. I think he missed it. this moment and that he may regret it. Because with the sum of contradictions that there are on his side in this file, with the sum of evidence that there is on the other side, I think that the The judges' firm conviction will do the rest. I am sure that the murder will be accepted. "

- "You must tell us the whole truth": at the meeting, Nordahl Lelandais summoned to explain himself

The family urged the accused to tell the truth

On the civil party bench, Arthur Noyer's parents, brother and grandparents sighed but remained calm, as since the start of the trial, taking notes. Thursday evening, they had urged the accused to tell the truth. Lelandais' truth is that of a brawl that would have gone wrong for a futile reason that night in April 2017.

Why then, in his version, after the fight, does the accused give a cardiac message, but does not call for help, asks President François-Xavier Manteaux? "At that point, I should have had a manual of emotions to know what to do. But at that point, I don't know what to do," he replied. "The good guy, he must dial the number of the emergency services. Explain!", Then ordered Me Jakubowicz. "I made the wrong choice," said Nordahl Lelandais.

A possible motive is at the center of the questions of the trial. Has Arthur Noyer refused her a sexual favor? Nordahl Lelandais, this evening of April 11, 2017, was he looking for a sexual partner? The trial will resume on Monday with the psychiatric expertise of Nordahl Lelandais. The verdict is expected next Wednesday.