SuperThings, the little toys that have conquered Spanish children

"I started buying SuperThings when I was 11 years old and have reached about 20. They are well made, they are beautiful to collect and at school we made changes, because they were in pairs 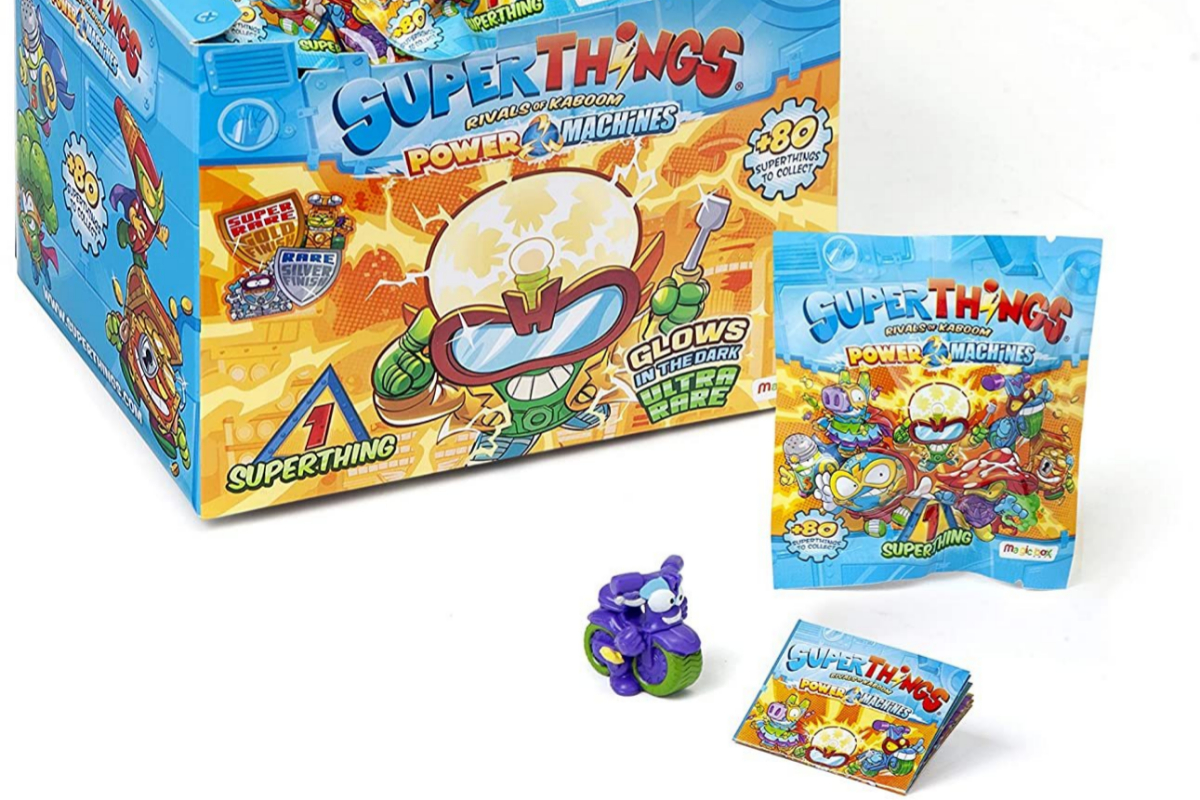 . They are well made, they are beautiful to collect and at school we made changes

, because they were in pairs and you could get more."

, a 15-year-old collector from Zaragoza,

of the small soft plastic figures (barely two centimeters tall) that have been sweeping among the young (and not so young) Spanish for three years to the point of becoming the protagonists of an "exhibition oficial "at Espacio 5.1 of Ifema (Feria de Madrid) with tickets starting at 10.25 euros.

", they explain from the organization, which has dedicated more than a thousand square meters to represent Kaboon City, the city where the main characters of the franchise live that began selling in surprise envelopes of less than one euro in kiosks and toy stores. At the time of Hugo Sánchez, back in the first series, the most coveted was

. Currently, for his four-year-old namesake from Madrid,

, a manufacturer of glow-in-the-dark bulb-shaped robots that

. It belongs to the seventh series,

, released on January 29, 2021 and sweeping "because they are fast", in the words of little Hugo, who nonetheless emphasizes that his favorite "is MegaFresh", a series 3 soft drink.

Created by the Catalan company Magic Box Toys, the series

debuted in 2018 under the name Superzings

. In the company they were not new in the field of collectible phenomena that cause a sensation among the smallest of the house:

they had already had a resounding success in the 90s marketing the Mad Caps tazos or the Gogo's minifigures, whose repercussion made them star in until video games for the Nintendo DS

. Nowadays, they are also behind the Moji Pops, a kind of feminine version of the SuperThings that is already beginning to spread beyond the stores, as did their older brothers, with whom they share, for example, the King Jr. Meal, Burger King's children's menu.

are distributed in more than 20 countries, the United States among them

, and have become the best-selling collectible in the United Kingdom or Spain with dizzying figures:

after having taken Seven series are on the market, each consisting of between 80 and 90 characters. And although there are several guides focused on narrating its convoluted history full of characters and sides, the concept is simple: they are sold in surprise envelopes (which are now included in the so-called

) and the characters that appear in them

are divided between heroes ( with white eyes) and villains (orange eyes)

The characters imitate everyday objects (a motorcycle, a pencil, a shoe ...) and live in the aforementioned Kaboon City, where they are grouped into teams (Tech Masters, Dark Division, Rogue Patrol ...) led by figures of silver color that, in turn, have a super leader of golden color, to which is added the aforementioned super rare specimen.

But the collection promises not to end there: its extension to toy stores and department stores (where the margin for Magic Box Toys is greater) has been consolidated with a wide range:

Superheroes and Kaboon City supervillains want to be more than just a fad.

LeisureTen plans to do with children this Easter