The new, all-electric Mercedes flagship even outshines Tesla. With its range alone: ​​charged batteries can take it 770 kilometers. This model is also at a lonely height in other respects. 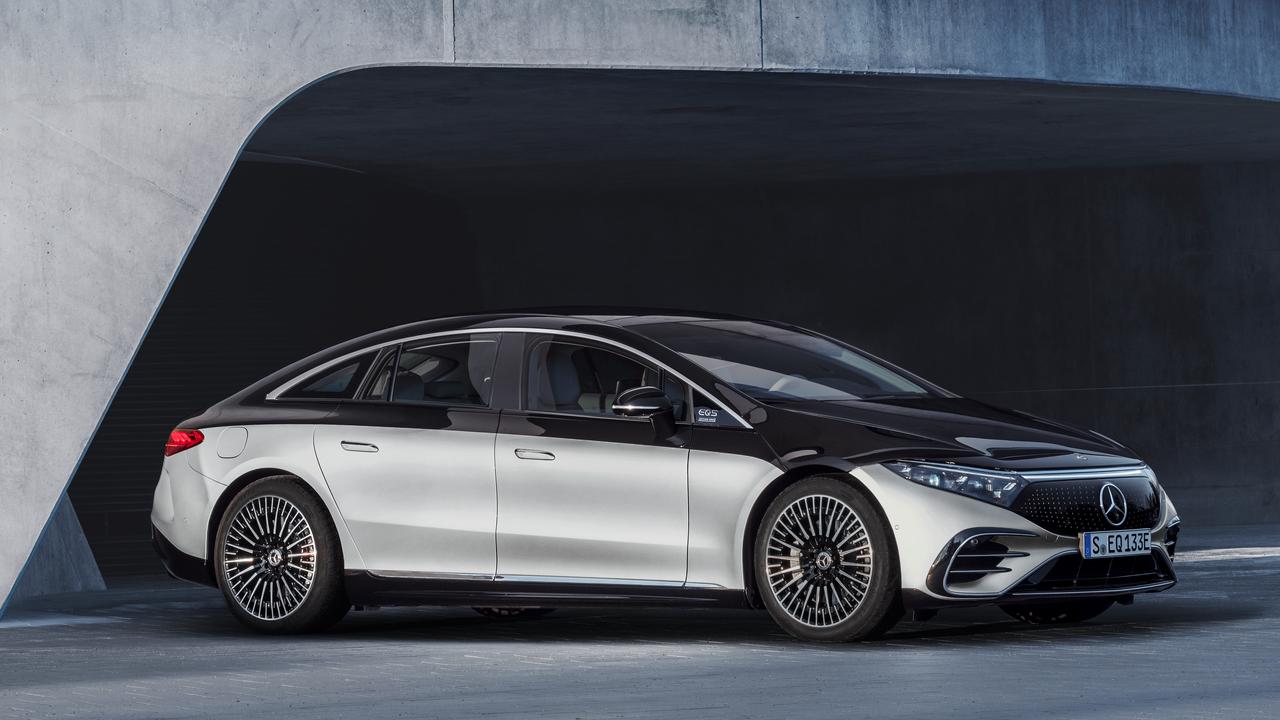 With its range alone: ​​charged batteries can take it 770 kilometers.

This model is also at a lonely height in other respects.

In recent years, Mercedes-Benz has had to watch with sorrow how Tesla managed to win over the electric driver.

But now Mercedes is striking back with its EQS.

Like no other electric car, he makes it clear that the petrol and diesel engine gradually seem to be completely redundant.

Sooner or later Mercedes had to come up with a clear answer to Tesla.

After all, in 1886 parent company Daimler had the scoop of the very first car.

The EQS will not get that much fame, but it is indeed a milestone.

To begin with, it is groundbreaking with its extremely long range of 770 kilometers.

The large driving range is not only due to the high-tech powertrain, but also to the slippery body.

According to Mercedes, the EQS has a Cw value of only 0.20.

Exceptionally low, making it the most streamlined series production car in the world.

Nothing is known about the price yet, but it is certain that the EQS will only be affordable for a few.

Nothing is known about the price yet, but it is certain that the EQS will only be affordable for a few.

The new Mercedes also shows technical ingenuity in many other respects.

This way he can swing open his doors automatically as soon as you walk towards him.

And where Tesla caused a sensation years ago with a large central screen, Mercedes now surprises friends and foes with an almost completely digital dashboard.

This extends as one large screen over the full width of the interior.

The EQS also has an enormous amount of sensors (including radars, cameras and ultrasonic sensors) on board: up to 350 units.

These constantly feed the brain of the EQS with information about cars and objects in the vicinity, but also about weather conditions, occupants and the condition of the driver.

Is the EQS really outsmarting the competition on all counts?

No, because it can fast charge up to 200 kW charging capacity, which is not as powerful as with the Porsche Taycan.

But it is still good for 280 to 300 kilometers of action radius in fifteen minutes of charging.

In optimal conditions, the battery can be charged from 10 to 80 percent full in 31 minutes.

The EQS can be charged at the wallbox with 11 kW or optionally 22 kW.

In the first case, it takes no more than ten hours to get the battery full, with a 22 kW AC charger it is done within five hours.

According to Mercedes, the EQS learns over time to respond better to recognizable situations via artificial intelligence.

This is also closely related to the personal settings that can be accessed by logging in with your personal account.

For example, the EQS responds to previously driven routes, but also calls up personal wishes with regard to the seating position, color choices in the interior lighting and the settings of the climate control.

Other smart features include the optional Digital Light for the EQS fitted as standard with LED lighting.

Among other things, this projects warnings and driving instructions on the road surface in front of you.

"The Drive Pilot can completely take over the driving."

With the optional Drive Pilot, the EQS can completely take over the driving, for example in traffic jams or slow-moving traffic.

This can be done up to 60 kilometers per hour without having to pay attention at all.

For the time being, however, this is only legally permitted in Germany.

Mercedes says it is working on an even higher level of autonomous driving in the EQS, but it is not known when that will be introduced.

As with Tesla, games are also becoming available

The EQS is also the first Mercedes to get a more advanced option to install over-the-air updates.

This is not just about basic software updates, but about installing new, more complex functions, such as an optional, larger steering angle for the rear axle.

Games will also be available for the EQS, as provided by Tesla, as well as additional driving functions and subscriptions to certain online services.

Mercedes-Benz also says it will make temporary offers available, so that owners can try out optional functions and then purchase them if necessary.

The EQS will already make its debut in the Netherlands this summer.

But given its undoubtedly high price, we will not often see it on Dutch roads.

More background information about the EQS can be found in this AutoWeek article.

Mercedes presented at the Shanghai auto show in recent days not only the EQS, but also the EQB: a compact electric SUV that is also coming to the Netherlands.