"Mars knows how to keep its secrets": the Institute of Space Research told about the study of the Red Planet

Mars remains an extremely difficult space object to study, and the data obtained from its orbit runs counter to the results of research on the surface. Oleg Korablev, Corresponding Member of the Russian Academy of Sciences, Deputy Director of the Institute of Space Research of the Russian Academy of Sciences for the provision of the ExoMars project and head of the Department of Physics of Planets and Small Bodies of the Solar System, Oleg Korablev, spoke about this in an interview with RT. The scientist said that the next stage of the Russian-European Mars mission includes the landing of the newest lander with modern equipment on board, as well as deep soil drilling and study of the planet using a rover. According to Korablev, the mystery about the presence or absence of methane in the atmosphere of Mars has divided scientists into two camps, and the search for traces of life is hampered by the unusual conditions on the planet and insufficient data. 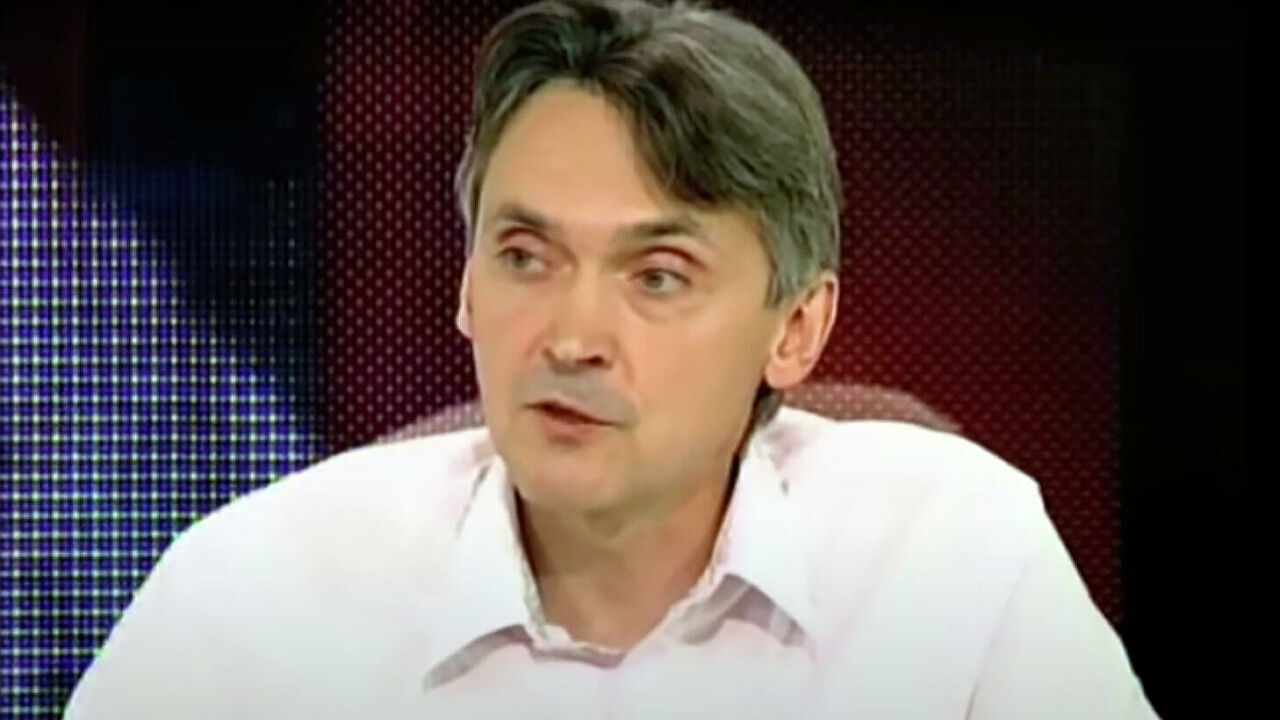 - What is the uniqueness of Mars for researchers?

- Interest in Mars is due to the fact that you can fly there.

In the future, a person can even establish a colony there.

While this sounds utopian enough, both settlement and transformation of the Martian climate are potentially possible.

In this it compares favorably with other planets of the solar system.

Venus is completely unsuitable for manned flight, and neither is Mercury.

The closest space body to us is the Moon, but there is no air there, so the interest in it is not so high.

On Mars, there is a small atmosphere, signs of a hydrosphere in the central regions, polar caps - glaciers.

It is a planet with a climate.

The conditions on it are not so terrible.

The atmosphere is almost a hundred times weaker than on Earth, but in comparison with other planets, it is closest to Earth.

Therefore, if somewhere you can find signs, traces of life, then, first of all, of course, on Mars.

- Over the long history of Mars exploration, there have been many different space missions to this planet.

Russia, and before that the Soviet Union, has not very good statistics, many missions have failed.

Is our country ready to reverse the negative trend?

- The history of Mars exploration is quite dramatic.

Since the 1960s, the United States and the USSR began mass launches of spacecraft towards the Red Planet.

Many began to forget, but already in the early 1970s there were two landings of the Soviet vehicles "Mars-3" and "Mars-6".

They did a limited amount of scientific research, but both made it to the surface of the planet.

The first managed to give a signal for a soft landing, then the connection was lost.

The second one almost sat down, and during the descent for the first time transmitted data on the parameters of the Martian atmosphere to Earth.

Then a series of failures followed.

The data received from subsequent launches was less than that of the Americans, and we switched to Venus, where in the end everything turned out to be more successful.

The surface conditions are tough there, but technically the landing is easier due to the extremely dense atmosphere.

In dense environments, it is easier to brake and not crash.

Now the infrastructure has been created on Mars: the same Perseverance (American rover -

) uses satellites in orbit that relay its data - this is an essential element of the mission.

For the future landing of ExoMars-2022, the main repeater will be the ExoMars-2016 satellite already operating in the planet's orbit.

It was launched into orbit by our Proton carrier rocket; it has half of the European instruments and half of the Russian ones.

The device conducts a large scientific program and relays the data of the devices that are on the surface.

These are Curiosity, InSight and Perseverance devices.

- What other “work on mistakes” did you manage to do?

What is special about ExoMars-2022?

- "ExoMars-2022" is a vivid example of international cooperation.

There were some critical moments with the parachute - they were solved with the involvement of American specialists.

In 2020, due to the pandemic, the launch was postponed, some tests did not have time.

But to some extent we are even satisfied - as a result, the reliability will be higher.

ExoMars 2022 will be the heaviest vehicle on Mars, weighing about 2 tons.

The landing platform is Russian, the propulsion system, many electronic and mechanical control systems, too.

These are modern developments, everything is completely new.

If the project succeeds, then a large reserve for the future will be created.

If successful, it will be possible to think about the next Martian programs, for example, the delivery of soil to Earth.

- The Americans are already working devices on the surface.

How does the Russian-European mission differ from the NASA missions?

- We believe that ExoMars-2022 will say a new word in the study of the planet.

If all American rovers have explored the surface of Mars and, at best, erased, peeled off the crust to explore clean rock, then the European rover Rosalind Franklin as part of our mission will have a drilling device that can go deep into the ground up to 2 meters.

Cosmic rays did not get there, which for millions and billions of years had a destructive effect on the planet's surface.

And if some traces of the underground biosphere exist, then it is quite possible to hope for their discovery.

- So it will be possible to learn the early history of the planet?

- We can hope for new results.

The cores obtained by the drilling rig will be placed in the analytical laboratory, which is located there, in the rover, in the sterile zone.

It is equipped with the most advanced devices to date, including Russian ones.

We also equipped the Kazachok stationary landing platform with a set of instruments for individual studies.

It will also work as a weather station.

While the rover is near the station, it will be possible to conduct several joint studies.

There are 13 of our devices, the number of sensors, subsystems and blocks is much larger.

This is a matter of our special concern and special pride.

A number of planned studies of the climate of Mars and its surface have never been done.

- How was the site of the future landing determined?

- Choosing a landing site is a compromise procedure.

We tried to choose a new place in the equatorial zone, interesting from the point of view of geological history, where there were traces of hydration, an ancient river.

The reconnaissance was carried out from orbit using infrared instruments.

It should be borne in mind that it is necessary to plant a two-ton apparatus, which is a great technical challenge.

Low places were chosen, since in the mountains and on the hills the atmosphere is rarefied, there is not enough air, and below it is denser.

- Can you tell us anything about the ExoMars mission that has not been widely covered before?

This will be the second stage.

And the ExoMars project is already quite successful.

With the launch of the ExoMars-2016 orbiter, we were able to enter the world Mars program without overloading our industry.

This is a good example of using the Russian experience.

There are two of our devices operating there, which regularly transmit data, and we carry out a lot of interesting research on them.

- What have you already learned?

- Small components of the atmosphere are studied from orbit, tectonic, volcanic and possible biological activities of Mars are being studied.

For example, data from American devices show the presence of methane, which is considered a possible biomarker.

In turn, since the spring of 2018, our supersensitive spectrometers have not recorded traces of methane in the Martian atmosphere.

It turns out that we deny its existence.

At the same time, we see many other things that could not be detected before.

For example, hydrogen chloride, hydrochloric acid in the form of a gas, and this is a possible marker of volcanic activity.

Chlorine is on the surface, but its traces have not yet been recorded in the atmosphere.

- Why do our data on methane contradict the American data?

- Our measurements with them take place at different points.

The same Curiosity sits in the Gale crater in the equatorial region, it sees the methane background, sometimes bursts, but we observe it from orbit and do not see it - the limiting values ​​are tens and hundreds of times less than Curiosity measures.

Mars knows how to keep its secrets.

Its equatorial belt is covered with a dust haze, and only the polar regions are completely transparent.

Therefore, we carry out all the most sensitive measurements at the poles.

Our and American data are in conflict, and from the point of view of atmospheric chemistry, no one can yet explain how methane can be in one place and not in another.

The lifetime of this gas in the atmosphere (that is, the time during which its amount decreases by about three times) is about 300 years.

It was supposed to be distributed all over the planet within a maximum of a month and also get to the distant polar regions, but for some reason this does not happen.

On methane in Martian science, two "parties" have already formed, as in parliament: the NASA "party" line supports the presence of methane on Mars, and we, in an alliance with Europe, one might say, oppose it.

At the same time, Curiosity still measures it.

Or he thinks he measures.

- ExoMars-2022 will operate in the equatorial region directly on the surface.

Can our mission shed light on this mystery?

There are many exaggerations in this story.

One thing is laboratory research, another is the real study of the planet's atmosphere, which behaves in a very unusual way.

Additional data may reveal mechanisms that are not yet known to us.