The Twitter account of the radical right-wing platform Vizier op Links has been suspended until further notice since Friday, because it violates the rules of the social medium. 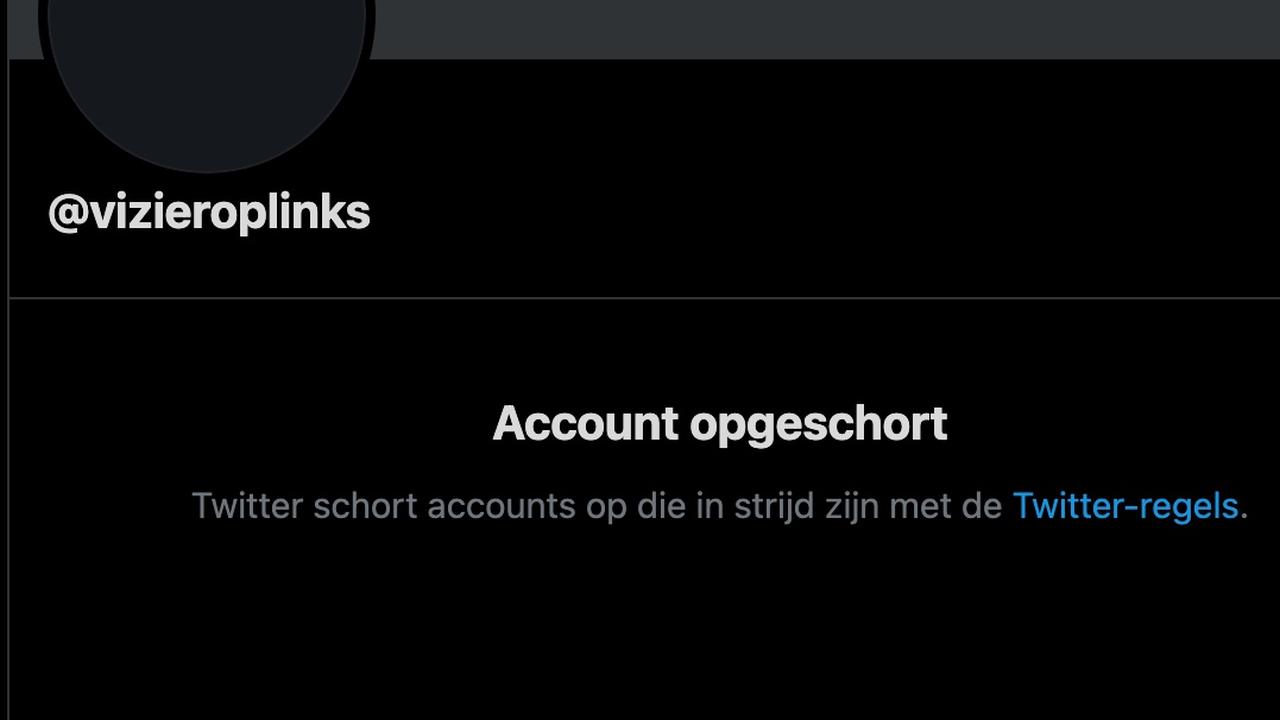 The Twitter account of the radical right-wing platform Vizier op Links has been suspended until further notice since Friday, because it violates the rules of the social medium.

Vizier op Links was discredited at the end of last month because stickers were stuck at their home address for various persons described as 'left'.

It is unclear who is hiding behind Vizier op Links.

The platform's website contains profiles of various people with a left-wing signature, including in many cases their homes.

The stickers that have been stuck on the doors and windows of historian Nadia Bouras and GroenLinks politician Huub Bellemakers, among others, were distributed among donors who paid money through a donation platform.

As a result of the pasted stickers, various declarations were made.

This week, information and a photo of the house of comedian Martijn Koning were tweeted by Vizier op Links.

The account also hinted at "change to be brought about by extra-parliamentary and extra-democratic", in response to the appointment of Vera Bergkamp (D66) as President of the House.

Outgoing Justice and Security Minister Ferd Grapperhaus said on Friday morning that he wants to investigate whether doxing, the publication of someone's private data without permission, is sufficiently punishable "or that additional legislation is needed".

In a response, Vizier tweeted on Links about the minister's holiday home.