The Boston Dynamics Robot dog already has military use: this is how the French army uses it in their maneuvers

A platoon of soldiers advances in column through a corridor to inspect a neighboring room with smoke. A common scene of military maneuvers in which however ... 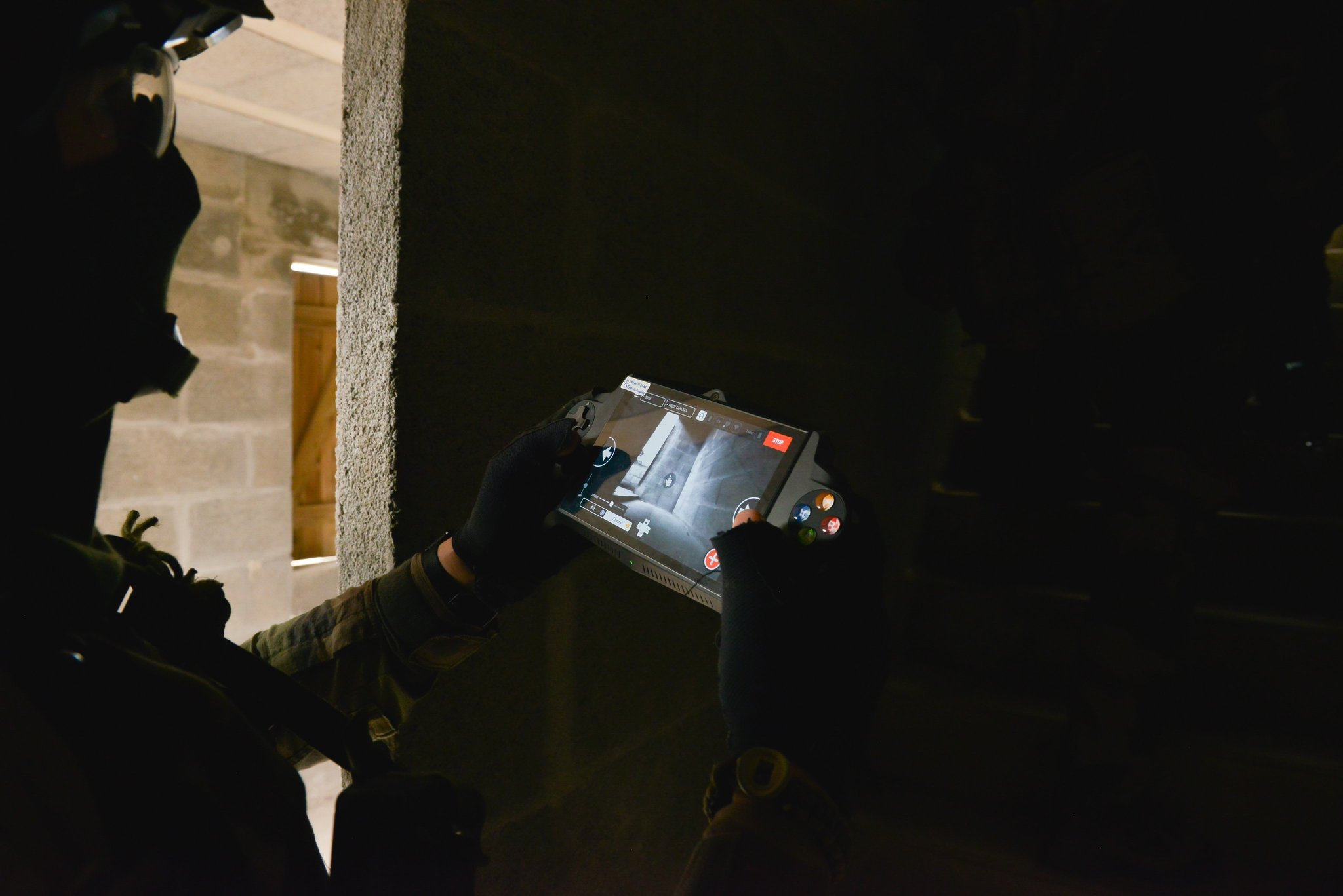 A platoon of soldiers advances in column through a corridor to inspect a neighboring room with smoke.

A common scene of

in which, however, an unusual element appears: the yellow robot dog from Boston Dynamics preceding the troop.

This snapshot, shared by the Army officer training school in France, shows the latest military maneuvers of the cadets of the Gallic country in which future lieutenants experienced "the challenges of tomorrow" such as

"the robotization of the battlefield "

The Boston Dynamics robot was one of those used by the French cadets during their two-day exercises.

However, his employment is especially striking since the

The Boston Dynamics dog was used in reconnaissance work by the French military during its two days of maneuvers.

An acknowledgment that, in the case of scenes of assault on a building (such as the snapshot shown in this article) may be the

prelude to an armed confrontation

The soldier with a remote control operates a reconnaissance robot.ARMÉE DE TERRE

Currently, the terms and conditions of sale of the Boston Dynamics robot dog prohibit its use "

to harm or intimidate a person or animal

, as a weapon or to equip any weapon."

Also, in statements to The Verge, a Boston Dynamics spokesperson assured "unequivocally" that they do not want "

customers to use their robots to hurt people

However, Boston Dynamics does not close the door that its robots may have a military use in the future and points out that

the company "is still evaluating" whether or not to prohibit developments

(versions slightly modified to respond to different needs of the service)

without weapons by military clients

Currently, these robots are commonly used to access dangerous or difficult places in civil works, mining operations and other construction jobs, although they are also used by police forces such as the

in the United States.

The robot dog ran out of battery

Meanwhile, the French military does seem to see the Boston Dynamics robot useful, although they also find fault with it.

Speaking to Ouest France, a French army soldier assured that this technology saved his life during one of the exercises, which consisted of

as an offensive action to capture a crossroads, day and night maneuvers and combat scenarios. urban.

exercises that were carried out in duplicate: once without robots and once with the help of robots

"During the urban combat phase in which we were not using the robots, they killed me," says the soldier.

"However, he continues, they did not do so in the exercise in which the robot did a previous reconnaissance."

Even so, the robots seem to have a pending issue: the battery.

Since, according to Ouest-France and can be seen in their photo gallery,

and it was the men who had to

carry the 31 kilos of robot

during the rest of the exercise of fire.

TechnologyGoogle Maps brings changes and improvements to Spain: this is what you need to know