The official inauguration of the portrait of the former Minister of Justice Rafael Catalá has generated a barrage of jokes and jokes on social networks. The painting, a work of the painter ... 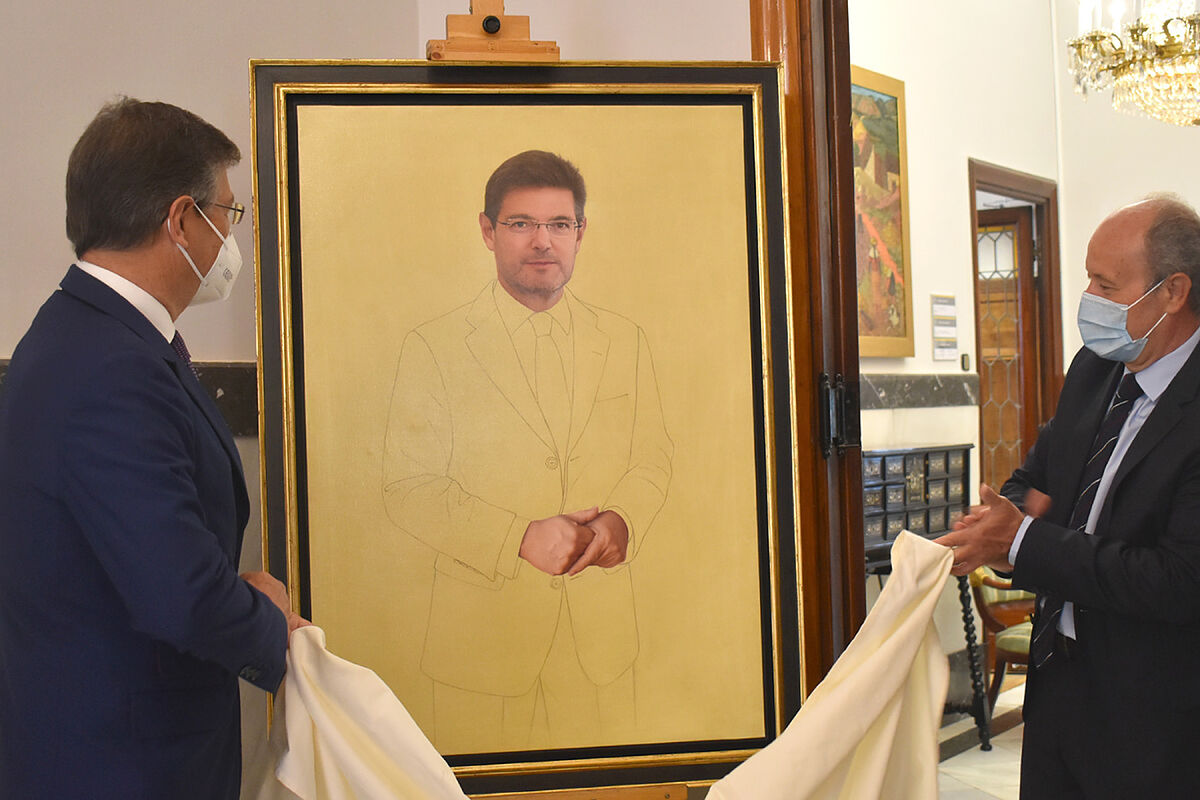 has generated a barrage of jokes and jokes on social networks.

The painting, a work by

, shows the face and hands of the PP politician very well defined on an ocher background, but it traces the rest of his silhouette in a very subtle way.

The lines that draw the suit are so schematic in contrast to the hands and face that users of social networks have not wasted the opportunity to make their particular comparisons.

Some of them, for example, made

to finish his work at the last minute.

Others, on the other hand, used ingenuity to complete on their own the silhouette of the minister outlined in the original portrait.