It was the first day this Tuesday April 6 for home school and the first hiccups of distance courses set up by the National Education. Parents of students and teachers, principa… 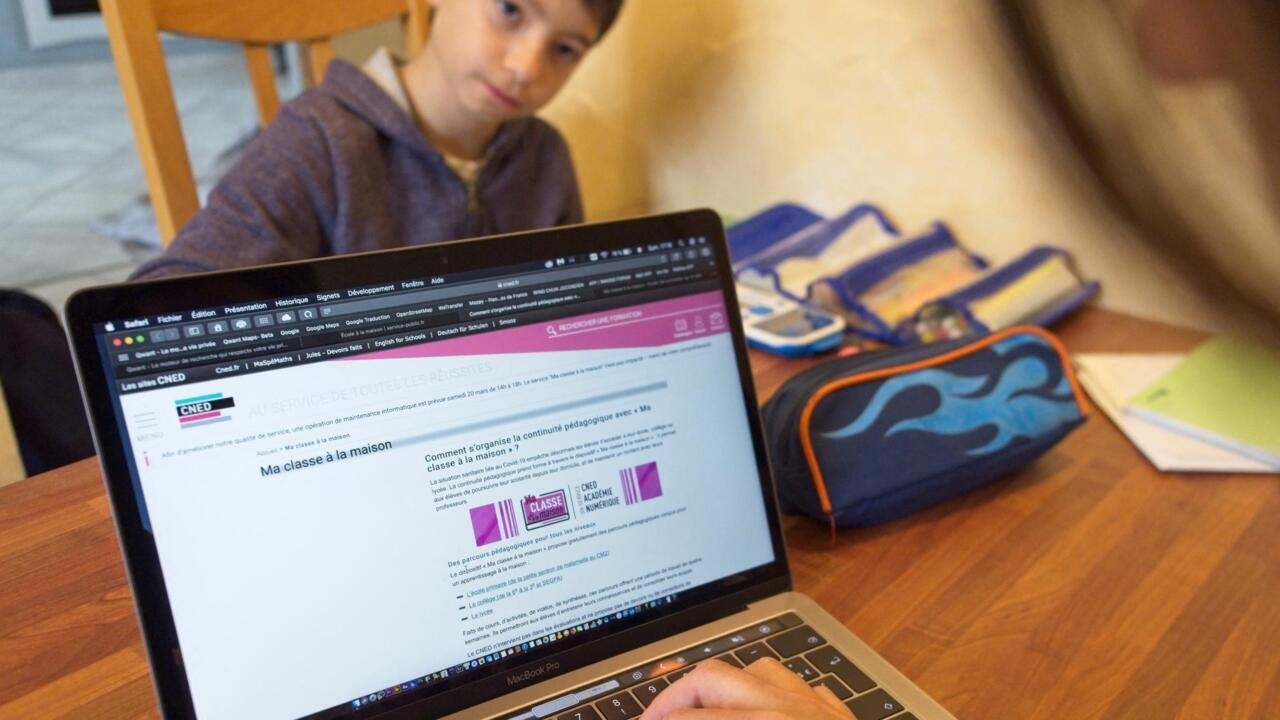 A mother uses the "my class at home" site of the National Distance Learning Center (CNED) to ensure the continuity of school for her son, March 21, 2020 in Montlouis-sur-Loire in central France .

It was the first day this Tuesday April 6 for home school and the first hiccups of distance courses set up by the National Education.

Parents of students and teachers, mainly in the Paris region, have published en masse their distress, even their anger, on social networks.

created when virtual classes opened, was stormed by a multitude of teachers and parents of students to signal the impossibility of connecting to digital workspaces bearing the ENT logo.

“My class at home”

grouping together three educational platforms for schoolchildren, middle school and high school students developed by the National Center for Distance Education, the CNED.

Angry as rarely, like last year the ENT is already saturated.

So I can't communicate with my students,

▶ ️OVHcloud is not responsible for the malfunctions of certain distance education services.

▶ ️The Strasbourg fire has no connection with them.

▶ ️ Affected ENT regions and unavailable applications are not hosted at Ovhcloud!

According to the Minister of National Education Jean-Michel Blanquer, these dysfunctions are due to a cyber attack from abroad.

The minister also spoke of the difficulties of "

this information is incorrect and has nothing to do with Strasbourg.

The affected regions and unavailable applications are not hosted with us,

”replied illico in a tweet the managers of the French host.

In addition, the argument of a cyberattack, already advanced during the first confinement, and certified in a press release from the Cned which complains, nevertheless seems suspicious in the eyes of Mourad Besbes, vice-president of the

federation of parents of pupils of Paris

A year ago, we remember the Russian hackers who had been called in by the minister to explain the dysfunctions,” he

Today, it is hard to believe it.

It is clear that the choice made by the government was to establish educational continuity over three and a half days.

If over these three and a half days, we lose a day and a half trying to connect, it is wasted energy for everyone, for the teachers, for the parents.

And then it is a completely unnecessary stress for the parents.

what we are asking for is a national investment plan to ensure that schools can function properly, whether it is remote or face-to-face.

The Elysee puts it into perspective

For its part, the Elysee has put these dysfunctions into perspective.

Late Tuesday afternoon, Emmanuel Macron who participated in a virtual class of college students said that there were "

In response, many Internet users reposted "

", the parody clip of a cult Pink Floyd song that had already circulated on social networks last week, to protest against the closure of schools, this time. against the paralyzing digital hiccups, distance learning courses.

What is the impact of the closure of cultural places on mental well-being?