A police investigation found that the cause of the Tesla Model X traffic accident in an apartment in Hannam-dong, Yongsan-gu at the end of last year was not caused by a sudden start of the vehicle, but by the driver's inexperience. 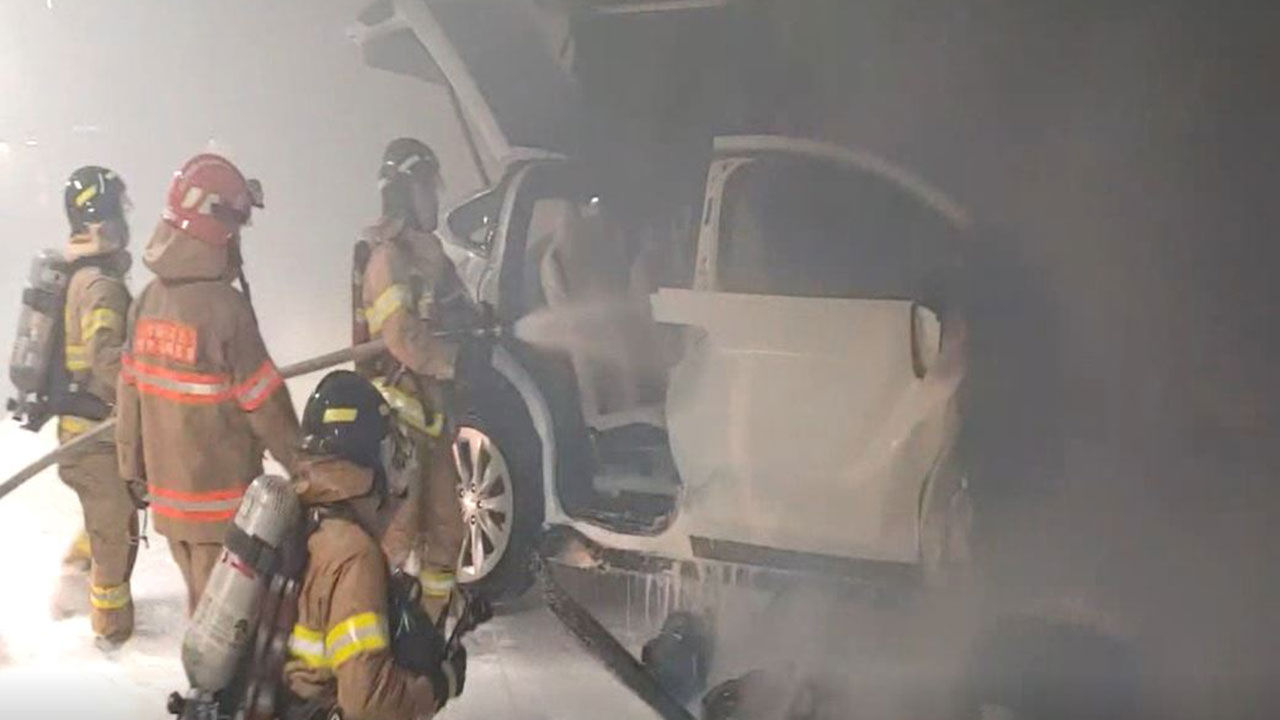 A police investigation found that the cause of the Tesla Model X traffic accident in an apartment in Hannam-dong, Yongsan-gu at the end of last year was not caused by a sudden start of the vehicle, but by the driver's inexperience.

The Seoul Yongsan Police Station today (1st) announced the results of a comprehensive review of the National Institute of Scientific Investigation (GIST) assessment results, CCTV footage of the accident site, and the operation situation at the time of the accident, and convicted the suspect, Mr. Choi Mo (60), in a traffic accident. It has been announced that it will be sent to the prosecution on charges of negligence under the Special Treatment Act.

On December 9, last year, in the underground parking lot of'Nine One Hannam' in a luxury apartment in Hannam-dong, Yongsan-gu, a Tesla Model X Long Range vehicle crashed into the wall and a fire broke out and the car owner Yoon Mo, who was sitting in the passenger seat, died.

Choi, the driver, insisted on a sudden start, saying,'Suddenly, the car was out of control and crashed into the wall.'

After receiving an appraisal from the Yongsan Police Station, the Gukjang-soo investigated the brake system of the accident vehicle, including the brakes, but said that no mechanical defects were found.

The bureaucracy tried to check an accident recording device (EDR) that records speed, accelerator pedal displacement, engine rotational speed, brake operation, etc., but when the device was damaged due to accident shock and fire and could not be inspected, Telematics (wireless communication) from Tesla We took over and analyzed the technology that provides mobile communication services in automobiles by combining GPS and GPS.

Unlike the driver's claim, the telematics operation information test result showed that the brakes were not activated from the parking lot entrance to the time of a collision, but only the accelerator pedal was activated.

It was also found that the brake light was not turned on in the CCTV footage of the accident site.

Regarding the reliability of the telematics data provided by Tesla, a police official explained, "The result of simulating the telematics operation information with a traffic accident reproduction program matched the result of the speed analysis of the CCTV video."

The cause of the fire was investigated as a fire from a lithium battery due to an accident shock, and the door that could not open because the power supply was cut off at the time of the rescue of Chaju Yoon, who was sitting in the passenger seat, said, "The door was severely damaged by the shock (victim). Even if it worked, it would have been difficult to open it normally."

On the 19th of last month, the police received the results of the evaluation of the national fruit tree and subsequently investigated the suspects.

Deputy Knight Choi is known to have claimed that it was an "accident caused by a vehicle defect," despite the results of the examination of the fruit tree.