Car sick? It can soon be prevented with sound

Engineers at car manufacturer Volvo are convinced that motion sickness can be prevented with the right sound. The sound they develop makes passengers in the car feel at ease and gives them confidence in the technology. 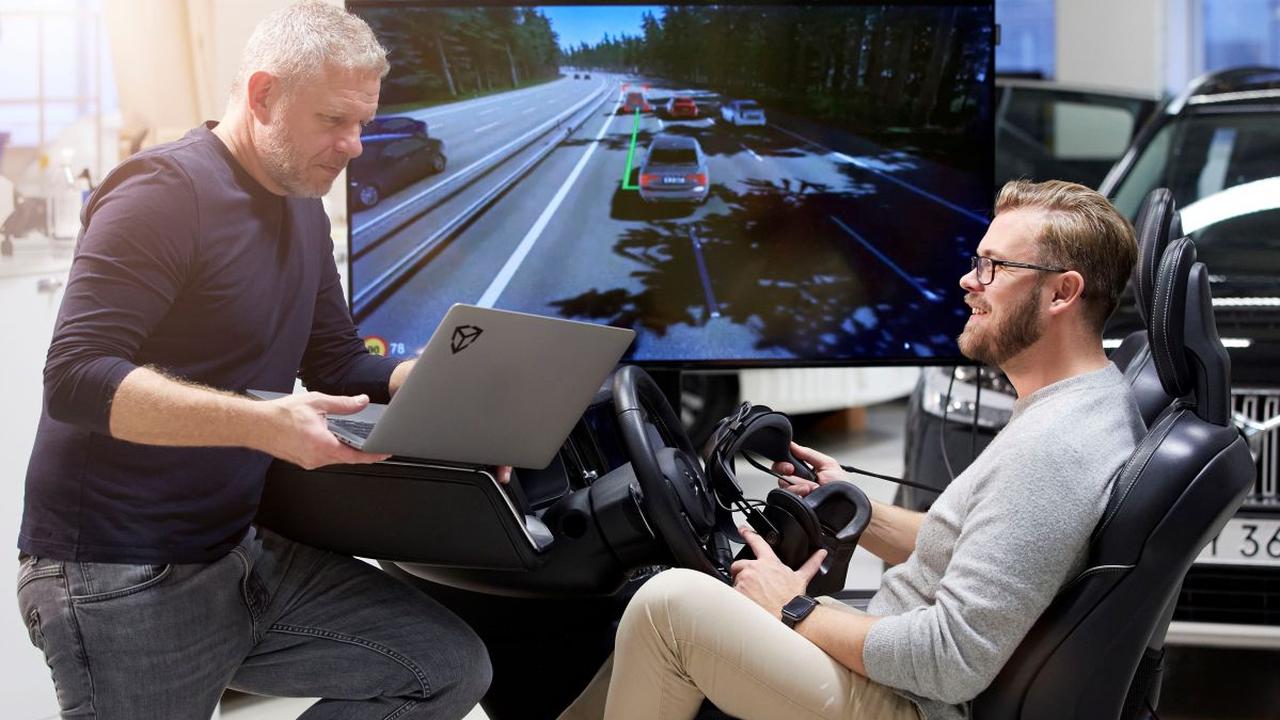 Engineers at car manufacturer Volvo are convinced that motion sickness can be prevented with the right sound.

The sound they develop makes passengers in the car feel at ease and gives them confidence in the technology.

The self-driving car will make traveling more relaxed than ever, but there is also a danger lurking: motion sickness.

Because anyone who does not have faith in the technology or simply does not know what to expect, is insecure and is therefore extra sensitive to become nauseous in the car.

That is the firm belief of Volvo's Active Sound Experience development team.

"A driver is never bothered by it, because he always pays attention to the road and checks the movements himself. But in self-driving cars everyone is a passenger and it is precisely there that people want to do other things, such as reading. That causes motion sickness."

“Motion sickness also stems from ignorance of what is about to happen” Pontus Larsson, Volvo sound engineer

"It's about making passengers understand what's going to happen in the next few seconds. Previous experiments have taught us that you can significantly reduce motion sickness this way. Motion sickness is not only the result of a conflict between what you see and what you see. you feel, but also out of ignorance of what is about to happen. If you do, you can prepare for it, even if you don't see the road in front of the car. "

This phenomenon has been demonstrated in laboratories before, says Larsson.

"But we tried it in practice on a test track, putting passengers in conditions that amplify motion sickness, such as reading on a tablet. The sound appeared to reduce motion sickness. Apart from that, you also create a kind of transparency between the autonomous vehicles. car and its occupants, so that passengers know what the car is seeing and planning to do.

At the same time, the sound experience must remain pleasant, Larsson emphasizes.

"The sounds should of course be audible, but they should not become intrusive or otherwise annoying and should provide a reassuring feeling. You should also be able to listen to them for a longer period of time and experience those sounds as helpful."

It's not just about how it sounds, but when it sounds

But what kind of sounds are it actually about?

For example, how does Volvo intend to announce a sharp turn with sound?

Larsson: "It's not just about how it sounds, but also when it sounds. In the modern car, you can hear what happens when it happens. We want to take advantage of the advantage that self-driving cars usually know in advance what it is about to happen. "

"So we also play the sounds just a little before the actual event, about one or two seconds earlier. When accelerating or decelerating, for example, typical movements that lead to motion sickness, the sound must increase or decrease. That feels familiar. For curves, we use the option to make the sound go from left to right or vice versa. "

In addition, the Volvo engineers use filters: devices or plug-ins that block a certain part of the sound spectrum.

Larsson: “With this we can make the sound more or less prominent at the same time as it shifts from one side of the car to the other. And by making it sound in advance, you know that there is a turn to come. Acceleration or deceleration and the sharpness of the corner all affect the shape of the sounds. This is how we create sounds that feel natural with the movements of the car. ”

The influence of noise on passengers is not only tested in the laboratory, but also on the road.

The influence of noise on passengers is not only tested in the laboratory, but also on the road.

Some people may benefit more from silence

"That is why we make different sounds. People who are not bothered by it at all may benefit more from silence, so that they can work undisturbed."

All sounds are artificially created.

Hagman: "But the real car sounds are the basis of those sounds. Nevertheless, we make use of the possibilities that synthesizers offer us to further develop the sounds. The creative space is great."

Larsson: "We really try out everything, so we sometimes stray far from conventional car sounds. We even use sounds based on the human voice. No speech, but sounds. We even brought in a voice actress in the studio. to record some of those sounds. "

You can read more about it in this AutoWeek article.